24 AGs sue Trump admin for protecting doctors from being forced to do abortions, ‘trans’ surgeries 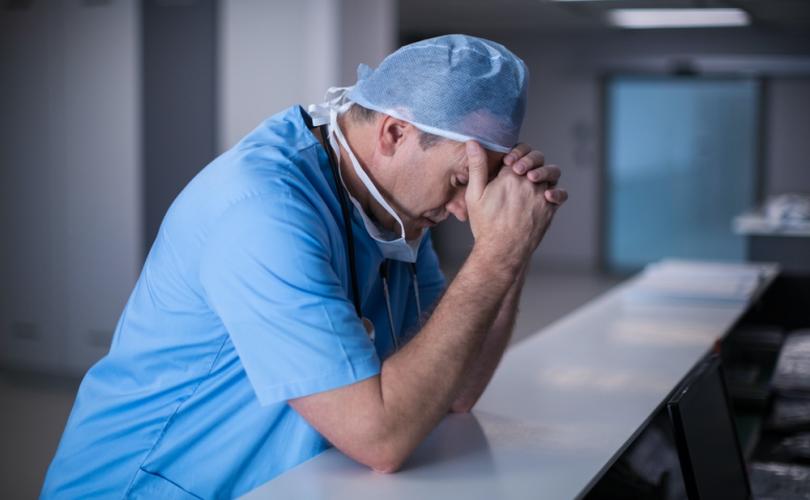 The suit is being led by New York Attorney General Letitia James, who in recent months has led legal challenges against state restrictions on abortion during the coronavirus crisis. California, Massachusetts, Washington, Michigan, and Pennsylvania are among the other states joining the suit, which has been filed in the U.S. District Court for the Southern District of New York, the Wall Street Journal reported.
“It is never acceptable to deny health care to Americans who need it, but it is especially egregious
to do so in the middle of a pandemic,” James said.

In May 2016 the Obama administration redefined “sex discrimination” in section 1557 of the Affordable Care Act (ACA) to include an individual’s “internal sense of gender, which may be male, female, neither, or a combination of male and female.” The 2016 rule also included “termination of pregnancy” in its definition of sex discrimination.

The Obama-era regulations implied that medical providers would have to commit abortions and treat patients based on their asserted “gender identity” or risk losing federal funding, along with facing a possible referral to the Department of Justice for legal action.
In December 2016 a federal court issued a nationwide injunction which blocked the enforcement of the Obama regulations on the grounds that they were likely to be contrary to civil rights laws and laws protecting religious freedom. This ruling was subsequently upheld by a second federal court in 2019, which found the regulations to be unlawful.

But last month the Department of Health and Human Services (HHS) announced that they will “enforce Section 1557 by returning to the government’s interpretation of sex discrimination according to the plain meaning of the word
‘sex’ as male or female and as determined by biology.”

The HHS said that the move “maintains vigorous enforcement of federal civil rights laws on the basis of race, color, national origin, disability, age, and sex, and restores the rule of law by revising certain provisions that go beyond the plain meaning of the law as enacted by Congress.”

The ruling was introduced by the HHS just days before the U.S. Supreme Court dealt social conservatives a significant blow by ruling that Title VII’s prohibition of sex discrimination in employment also outlaws discrimination based on “sexual orientation” and “gender identity.”

“These regulations will help restore the rights of health care providers – as well as insurers and employers – who decline to perform or cover abortions or ‘gender transition’ procedures due to ethical or professional objections. Catholic health care providers serve everyone who comes to them, regardless of characteristics or background. However, there are ethical considerations when it comes to procedures. We greatly appreciate [this] important action,” the USCCB said in a statement.

Mary Beth Waddell, who serves as the Senior Legislative Assistant for the Family Research Council, said that the new rule will “protect health care providers from being forced to participate in and perform services that substantially violate
their consciences and help protect their patients.”
up