A law with "more teeth" 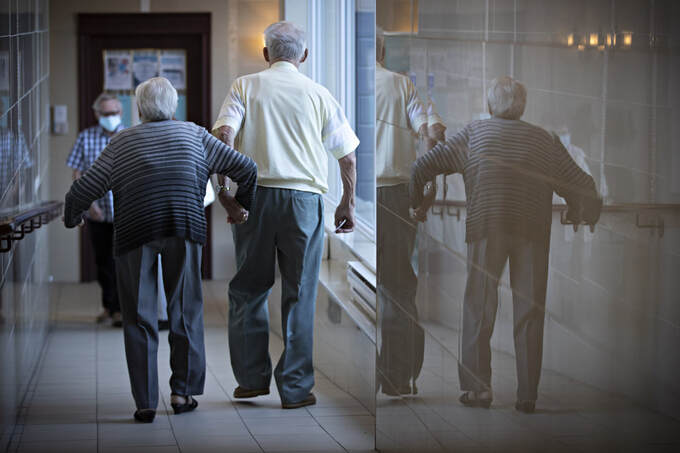 Bill 101 aims to strengthen the Act to combat mistreatment of seniors and any other adult in a vulnerable situation , adopted under the Couillard government in the spring of 2017.
(Quebec) A health worker in the public network as in private seniors' residences will be obliged to report any suspected situation of mistreatment, under penalty of fines. Quebec also wants to give itself the power to revoke the permit or impose guardianship on a residence where people are mistreated.

This is what is provided for in Bill 101 tabled on Wednesday by the Minister responsible for Seniors and Caregivers, Marguerite Blais. It aims to strengthen the Act to combat mistreatment of the elderly and any other adult in a vulnerable situation ,
adopted under the Couillard government in the spring of 2017.

“I always wanted there to be more bite in the law. And the pandemic has shown us unacceptable situations, we think of the Manoir Liverpool, that we think of the private CHSLD Herron… It seems important to me that we can give ourselves
more leverage in the law ”, affirmed the Minister in an interview. 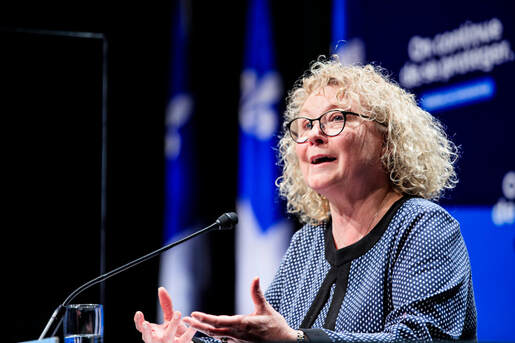 The current law obliges the personnel of the health network to report to the service quality and complaints commissioner any situation of mistreatment that they witness towards a person accommodated in a CHSLD or a person under tutorship or curatorship.

The bill provides for this obligation to be extended to any "provider of health and social services" and to "any professional within the meaning of the Professional Code" who works on behalf of a public establishment or a residence. private for seniors, an intermediate resource or a family-type resource. He should, “without delay”, make a report to the commissioner as soon as he has “reasonable grounds to believe that a person is the victim of mistreatment, whether we are talking about an elder or another vulnerable adult. », And whether the person is accommodated in an establishment or resides at home. We are talking about physical, psychological or financial abuse, for example.

The bill provides for the prohibition "to take reprisals against a person who, in good faith", denounces a case of mistreatment or collaborates in an investigation, under penalty of fines. The whistleblower could not be prosecuted.

Quebec wants to increase its powers of investigation and inspection to ensure compliance with the Act . Fines are foreseen against "anyone who obstructs or tries to hinder" the work of an inspector or an investigator,
"in particular by deceiving him by reluctance or by false declaration".

There are no criminal penalties for perpetrators of mistreatment, even though the minister
said she intended to impose them just a few months ago.

According to the bill, Quebec could impose a "provisional administration", better known under the name of tutorship, on a private CHSLD not under agreement, a private residence for seniors or an intermediate resource which "engages in practices or tolerates a situation likely to compromise the health or safety of persons ”. He would have the power to revoke the license of an operator who "does not take the necessary measures to put an end to a case of mistreatment which would have been brought to his attention".

The CEOs of CISSSs and CIUSSSs will be systematically informed of situations of mistreatment detected in the establishments under their responsibility and will be required to put an end to them.

La Presse revealed in January that the number of complaints and reports of abuse of seniors and other vulnerable adults has doubled in a year. A total of 1667 cases of abuse were reported to the complaints commissioners and the quality of services
and CISSS CIUSSS between 1 st April 2019 and 31 March 2020.

Tommy Chouinard
THE PRESS
https://www.lapresse.ca/actualites/politique/2021-06-09/maltraitance-envers-les-aines/une-loi-avec-plus-de-mordant.php
UP