A step in the right direction,
​according to an expert 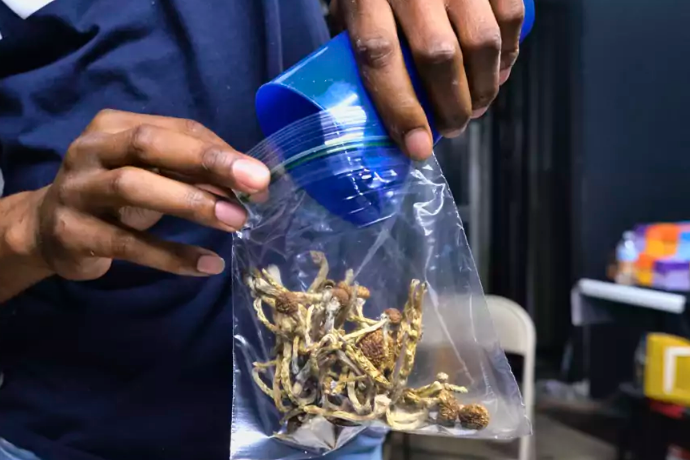 Health Canada's decision to allow doctors to request access to psychedelic drugs to care for some of their patients is a big step towards transforming mental health care in this country, according to a doctor and psychologist.
Both agree that the latest changes to the Special Access Program are not enough.

"There's still a lot of work to be done because these drugs can really, really revolutionize mental health care," saysDr. Michael Verbora, the medical director of a Toronto therapy clinic. I don't want to go faster than science, but I really believe that if you give patients the means to start their own healing process, the world will be much better off. »

Psychedelic therapy involves giving consciousness-altering substances such as psilocybin or LSD to patients in a clinical setting.

However, the agency states that "all applications will continue to be assessed on a case-by-case basis taking into account the level of evidence regarding the safety and efficacy of the proposed use, as well as the patient's disease and clinical condition."

Physicians will be required to apply on behalf of a patient with a serious or fatal illness. They can do so through the Special Access Program when conventional treatments have failed, are not suitable, or are not available in Canada.

ForDr. Verbora, the goal is not to create a waiting list since authorizations only involve urgent requests. Health Canada has already advised that requests will be processed within one to two business days of receipt. However, the question
of when the decision will be made on them remains unclear.

The physician believes that the changes provide a rational approach to access to restricted drugs.

"Unfortunately, if you have a terminal illness, you don't have much time left to live. We don't have time to send a request to the government and wait for a response for months," he says.

This is the biggest step forward in the history of mental health care since the invention of psychotherapy.

"I have used psychedelic drugs several times. I wasn't suffering from a serious life-threatening illness, but for my personal problems and my own spiritual journey, these experiences transformed me," Welling said.

Dr. Verbora, who this week submitted a first application on behalf of a patient, believes that one of the big challenges will be to properly train practitioners on psychedelic therapy.

"The responsibility falls on the shoulders of the practitioner who will have to take care of all the paperwork, which is the equivalent in time of writing 100 prescriptions," he says. When I have access to medicines, I have to store it. I should educate the patient about the drug. »

FAKIHA BAIG
LA PRESSE CANADIENNE
Psychedelic drugs allowed | A step in the right direction, according to an expert | The Press (lapresse.ca)
UP