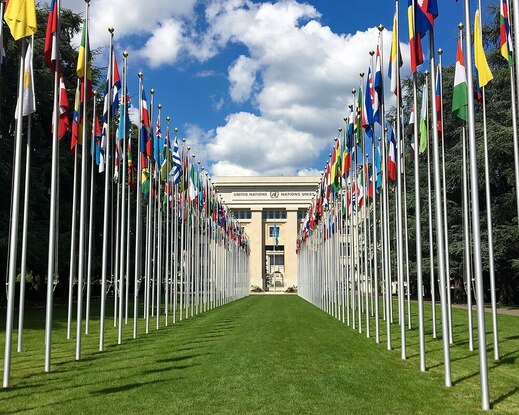 WASHINGTON, D.C. May 24 (C-Fam) Several U.S. states are passing laws that strongly restrict abortion, aimed at challenging the Roe v. Wade Supreme Court decision.  In Geneva, the human rights bodies of the UN are watching closely, and some experts claim that beyond being unconstitutional, these abortion bans violate international human rights standards.
A spokeswoman for the Office of the High Commissioner for Human Rights told Reuters, “We are very concerned that several U.S. states have passed laws severely restricting access to safe abortion for women.”  Ravina Shamdasani then called on “the United States and all other countries to ensure that women have access to safe abortions,” saying that “at an absolute minimum,” exceptions
to bans should be made for rape, incest and fetal abnormalities.

n a Tweet widely circulated by abortion advocates, President Donald Trump indicated his support for exceptions to abortion bans,
in cases of rape and incest and to save the mother’s life.

Notwithstanding discussion about the exceptional cases, UN human rights bodies have signaled their
displeasure with any restrictions on abortion whatsoever.

Earlier this month, U.S. pro-life laws came under attack by the Human Rights Committee (HRC), the treaty monitoring body that reviews compliance with the International Covenant on Civil and Political Rights (ICCPR).  While multiple treaty monitoring bodies routinely exceed their mandates by telling countries to liberalize their abortion laws, this is one of the few such treaties ratified by the U.S.

The committee submitted a list of issues to be addressed in the U.S.’s upcoming periodic report. They asked the U.S. to explain how several pro-life laws and policies are compatible with the treaty, including the U.S. policy enhancing health care providers’ rights of conscience, the Protecting Life in Global Health Assistance policy blocking funding to international groups promoting abortion, and state-level legal restrictions on abortion.

The treaty makes no mention of abortion, but the committee stressed that the U.S. should consider their requests “in the light of the Committee’s interpretation of article 6 of the Covenant that any State party’s regulation of pregnancy or abortion must
ensure that women and girls do not have to undergo unsafe abortions.”

Abortion activists like the Global Justice Center are campaigning for the U.S. to be “held accountable to its obligations under the ICCPR,” as it is out of the reach of several other committees, having not ratified their respective treaties.  In advance of the committee’s request for information, pro-abortion groups submitted reports to the HRC, which reflected their specific concerns in its request for information.  Additionally, the Global Justice Center flagged the recent U.S. cuts to the Organization of American States because of its activities violating the Siljander Amendment
which blocks funding for abortion-related lobbying in foreign countries.

The U.S. is not bound by any international agreement provide legal abortion, nor does any international human right to abortion exist.  The Trump administration will have the opportunity to defend its policies and U.S. law when it faces its periodic review by the HRC, and also next year when it receives recommendations on fulfilling its human rights obligations by fellow UN member States in the Universal Periodic Review process.

Meanwhile, the chairs of multiple UN treaty bodies have indicated that because of budget shortfalls, they will have to cancel some upcoming sessions.
up