After 11 years, woman gave up life as ‘man’ when God touched her heart 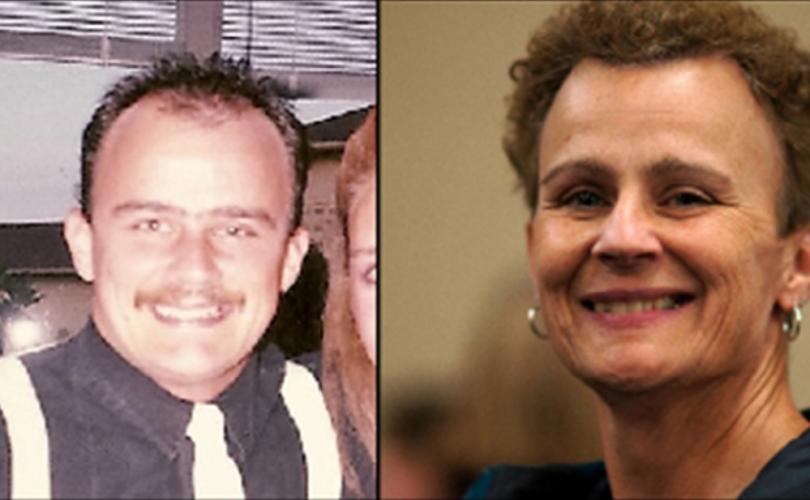 WASHINGTON, D.C,. October 14, 2019 (LifeSiteNews) — A woman who convincingly lived as a transgender man for eleven years and then reverted to the beautiful woman she truly is brought down the house at the Values Voter Summit when she concluded her testimony by declaring,
“I’m not the man I used to be.”

While living as “Keith” in her twenties, KathyGrace Duncan had an encounter with Jesus Christ
but was not compelled at that time to revert to living as female.

Amazingly, her persona as “Keith” was so credible that no one at her church suspected that she was, in reality, a female. In fact, she was valued as a male leader and was asked to lead a men’s Bible study as well as a junior high school boys’ group.

“I was really convincing,” she told LifeSiteNews.

Duncan is one of nine former transgender individuals who recently filed an amicus brief with the U.S. Supreme Court, hoping to dissuade the court from requiring employers to affirm gender confusion, explaining:

This is abuse. It is abuse to tell a person he or she can select a gender and truly become the opposite sex. It is a false hope. Such a suggestion is factually a lie, a lie with life-long destructive ramifications. 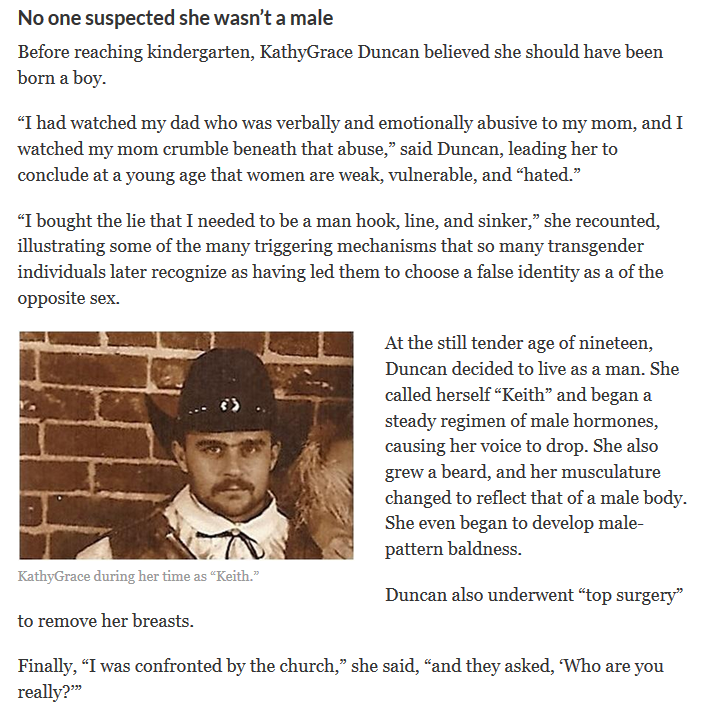 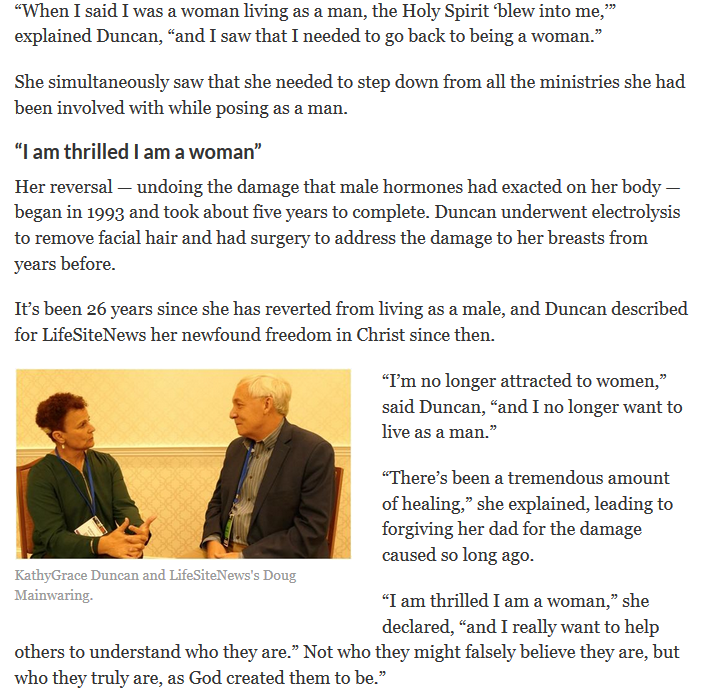 Duncan made it clear that she did not undergo what is commonly called “conversion therapy.” Instead, her transformation began with God touching her heart, and then, slowly but surely, as she chose to no longer conform herself to the ways of the world, she experienced the renewal of her mind.
“I understood that I am loved” by God, said Duncan, “and I think, really, that’s what I was looking for” all along.

Living as a man and her pursuit of homosexuality are relationship issues, and we’re all just wanting to be loved, explained Duncan. “And when I realized there’s this ‘big God’ who loves me, that was a game-changer.”

To the many young women who have begun to experience “rapid onset transgenderism” and suddenly seek to live as males, Duncan said: “You don’t have to live this way. There is freedom. There is healing.”