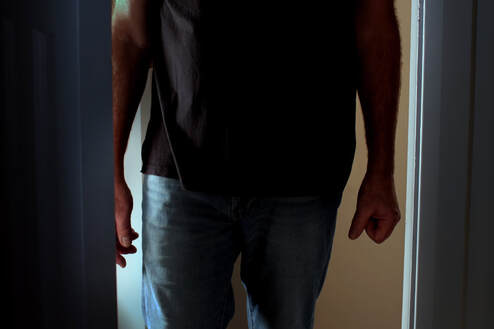 Long waiting times, lack of funding, "service holes": organizations that come to the aid of violent men are calling for help, in the wake of the seven feminicides in seven weeks in Quebec.
“There is a resource problem. Each year, we receive around 1,200 men in our offices and, currently, 110 of them are still waiting to obtain a service, ”explains Entraide pour hommes' general manager, Geneviève Landry, in an interview with La Presse .

His organization, which has offices in Longueuil and Beloeil, notes that the funds allocated by Quebec - or 5 million over five years - are insufficient to support the 31 organizations in the province that help violent spouses. “So far, it's only 1 million that has come down to us. By organization, these are crumbs, ”says Ms.  Landry. 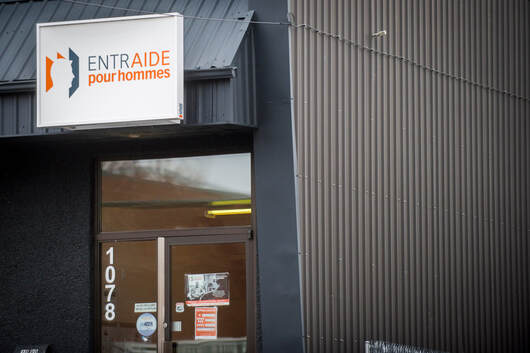 She calls on the authorities to "assess the service holes" and invest to fill them. “There are a lot of places in Quebec where there is no service. Even in Beloeil, we receive men from Saint-Jean-sur-Richelieu, when they can move, because they have nothing
in their area. It is worrying, ”insists the DG.

In the metropolis, the PRO-GAM intervention center is of the same opinion. “We should have a mobilizing project for men in Montreal. There is no unifying structure to provide accommodation or therapy on site. If we do not change the behavior of men, that will not solve the problem, ”says the chairman of the board of directors, Guy Jolicœur.

Quebec and Ottawa should fund us more. We do it for drug addiction, why don't we do it for domestic violence?
If we opened our eyes, we could do something really interesting.

Guy Jolicœur, Chairman of the Board of Directors of PRO-GAM

At the office of the Minister responsible for the Status of Women, Isabelle Charest, it is stated that "organizations helping men with violent behavior are an integral part of the fight against domestic violence". "We salute the courage of the men who go to seek help and we invite all men to do an introspection on the subject", writes the press secretary Alice Bergeron.

"We have said it several times: we are continuing our actions and we are going to put the necessary means to protect women," she adds.

Ringing at the right doors

In 2016, after a separation, Patrick quickly became harassing towards his ex-wife. “It was mostly verbal as far as I was concerned, but I was saying some pretty harsh, pretty blunt things. There were also threats of suicide from me. The mother of my children started to be terrified of me. And this fear, I exploited it to get what I wanted, including custody of the children,
”explains the 47-year-old man, who is the father of three children.

His ex-wife soon filed a complaint with the police, which led to his arrest and incarceration. “I spent seven months behind bars the first time, and despite that, I continued to harass her. I did not understand the message, relates the main person concerned. Looking back, I understand that this second wave was very targeted. It was downright revenge. "

The following year, the Quebecer served another prison sentence, but this time for a year and a half. When he was released from prison in September 2019, the judge ordered him to undergo therapy which, quietly, led him to realize “all the evil”
that he was able to create in those around him.

My message to men who find themselves in my situation is: get help. Whether with help groups or a private psychologist,
there is support. You just have to go and ring the bell.

“Being violent makes a lot of people suffer, and the traces it leaves are immense. Today, I have years to rebuild my family, ”he says.

Make yourself known and develop projects

Interim Coordinator of the Spouse Assistance Service, lawyer and family mediator Stéphane Bisson is well placed to bear witness to the obstacles that arise in front of organizations that help violent men. “We are all in the same situation. The waiting lists are growing, while the needs are very present. More funding would help us to have access to more professionals, such as psychologists, but also to retain staff. It is difficult to offer the same wages and the same conditions to everyone nowadays, ”he argues.

According to Mr. Bisson, the allocation of additional grants would also allow his organization to carry out support projects at the court or to establish other points of service, particularly in the west and east of the region. island of Montreal.
“The training aspect of the interveners would also be improved,” he said.

The fact that there have been so many feminicides since the beginning of the year shows that there is a social problem, argues the lawyer. “We have to raise awareness among the youngest, and that ties in with our mission, which is often overlooked,
moreover. We must be made known, ”he concludes.

The situation raises fears of a "black series" of feminicides and episodes of domestic violence in women's shelters, who fear that deconfinement will make matters worse. "We have great concerns about escalations of domestic violence as the health instructions are lifted and the partner loses control over his victim," recently explained Claudine Thibaudeau, social worker and clinical support manager at SOS violence conjugale. .
Henri Ouellette-Vézina
Press
https://translate.google.com/translate?hl=en&sl=auto&tl=en&u=https://www.lapresse.ca/actualites/2021-03-28/des-centres-d-aide-aux-hommes-violents-en-manque-de-moyens.php
up