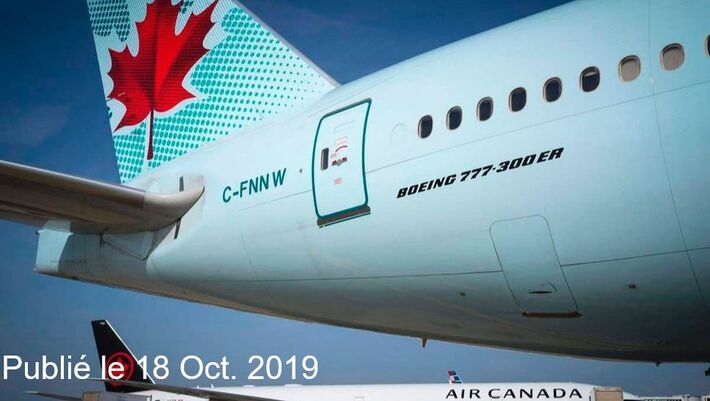 Hello sir! Hello Madam! The press tells us this morning that soon, these formulas that are the most basic politeness will be dismissed by Air Canada . Why? To avoid misleading customers, of course! In the name of diversity emancipation, we should now use greetings "gender neutral", as proposed by Service Canada in April 2018. It is also in the name of this that we gradually replace the reference to the father and the mother by the one to parent 1 and parent 2. And so on. In fact, this desire to eradicate references to the masculine and feminine in common language is increasingly visible in the Western world on both sides of the Atlantic. It even passes for an imperative necessity which can not be rationally opposed. Our time wants to finish with these old "binary" categories. Through this, the new ideal of an undifferentiated humanity, where the identity of individuals becomes exclusively subjective, is imposed, the most absolute self-referentiality becoming the norm.

The common man, of course, and for excellent reasons, does not understand much. Why banish a form of politeness inscribed so intimately in the mores? He amused himself with this silliness by telling himself that the world has gone mad. He may even say that it will pass. We are not going to deny that humanity consists of men and women, he told himself. But if! We deny it, now! And those who oppose this dismantling are made to pass an absolutely fundamental anthropological reference inscribed in the very definition of humanity for transphobic reactionaries opposing both "science" and openness to diversity. Because once again, it must be noted, we try to pass for a scientific truth definitively established the nonexistence of masculine and feminine. Ideology likes to put on makeup in the guise of science. And likewise, we seek to oppose the deconstruction
of landmarks of civilization for an odious defense of privileges based on the exclusion of difference.

Common sense loses its rights. There would be no problem for the flight attendant to adjust to the person who asked him not to call him Mr or Mrs, as the case may be. This is called exceptions, and courtesy requires it. Jacques Dubuc does not want to be called Monsieur and Lisette Leclerc does not want to be called Madame? Very good. No objection to this, and of course, one must be open to those who do not recognize themselves in their sexual identity. But why make the exception the norm? Why deconstruct the common world in the name of the smallest margins? This is the real issue. We are witnessing an ideological revolution that now intends to make the "fluidity of identity" and the "dissociation of gender and sex" the fundamental prism from which to think about sexual identity. It shows the strength of an ultra-powerful ideological
lobby that represents only an ultramoritary trend in the population.

Terrified at the thought of looking out of step with the spirit of the time, the political, economic and media elites are still rallying to the new stage of diversified "progress". They refuse to resist it for fear of losing their symbolic advantage in the public debate. They turn against common sense to keep their place. The bourgeoisie always knows how to adapt to maintain its position. Unless our elites have rallied sincerely to the diversionary ideology and then take advantage of it to look down on the common man who would be slow to embrace the demands of "inclusion", because of his prejudices and other stereotypes that would still dominate his mental universe. Our elites want to be at the forefront of the diversity revolution and want to be on the front line against yesterday's world: they blame latecomers for all their phobias. The common man is thus abandoned, left to himself, despised, humiliated. His universe is worthless. And when he comes to revolt against the deconstruction of his world, he is accused of populism.
So is life in the best of all worlds.