Amazon Rolling Out Palm Scanning, Allowing People to Pay by Waving Their Hand 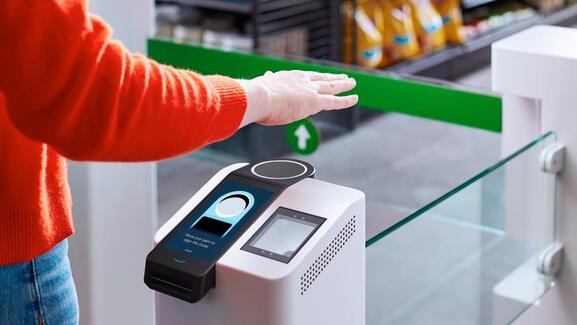 Amazon is rolling out new technology allowing customers at some Whole Food stores to pay for their groceries by waving their palms across a scanner.

The pay-by-palm service will launch first at a Whole Foods location in Seattle, near the company’s headquarters, Amazon announced Wednesday, according to the Associated Press.

Amazon plans to roll out the technology, known as Amazon One, in eight stores in the Seattle area in the coming months. The service will allow customers to hold their hands above a scanner that will read their unique palm print and charge the credit or debit card linked to their hand.

“We’re always looking for new and innovative ways to improve the shopping experience for our customers,” Whole Foods Chief Technology Officer Arun Rajan told CNN, which noted the technology will allow people a contact-free payment option — an attractive offering to some in the COVID era.

The service has already been tried at some of Amazon’s branded stores in Seattle.

In 2016, Amazon made headlines when it opened a store that doesn’t have any checkout lines. Patrons instead download the Amazon Go app, grab whatever items they want as the app uses cameras and artificial intelligence to track the things they pick up, and then they just walk out of the store. The app charges the linked account for the purchased products.
While Amazon One will, at this point, just be an additional payment option at the checkout counter — where there is one — the Washington-based company said the new tech could be used in office buildings, and venues and stadiums, and by other retailers.

Some privacy experts, though, have raised concerns about how this kind of technology could be hacked or, worse, abused. 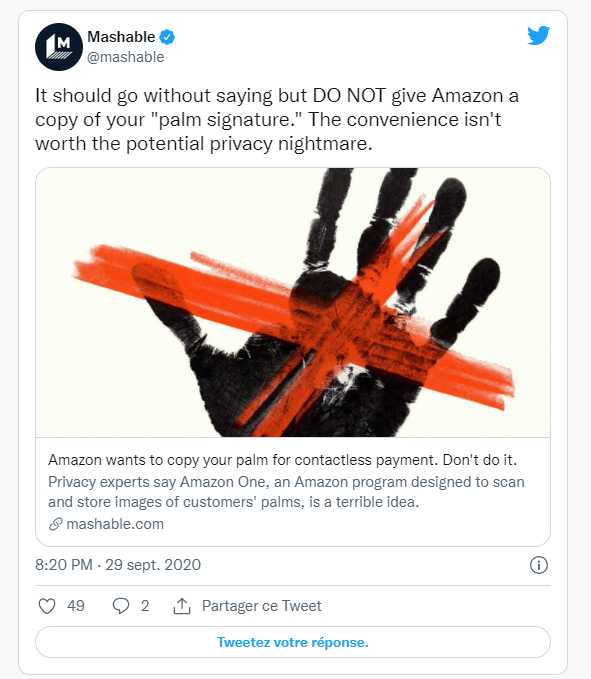 In September 2020, Mashable reporter Jack Morse said people “should absolutely not participate” in Amazon One.

Evan Greer, deputy director of Fight for the Future, a nonprofit group advocating for people’s rights in the digital age, said the development is reason for concern.

“Handing your sensitive biometric information to private corporations is a terrible idea,” she said, “especially since there are almost no laws in place that hold them accountable for keeping that information safe, or prevent them from abusing it, or selling it to others.”

Morse added, “The question [Amazon] fails to sufficiently answer … is why anyone should trust a company like Amazon — which, it’s worth noting, is no stranger to privacy scandals — with their biometric data.”

For its part, Amazon has vowed it keeps palm images in a secure part of its cloud and gives users the freedom to ask for their information to be deleted from the service at any time.
CBN NEWS
Tré Goins-Phillips, Faithwire
https://www1-cbn-com.translate.goog/cbnnews/us/2021/april/amazon-rolling-out-palm-scanning-allowing-people-to-pay-by-waving-their-hand?utm_source=news&_x_tr_sl=auto&_x_tr_tl=fr&_x_tr_hl=en&_x_tr_pto=nui,elem
UP