What is Gender Identity? 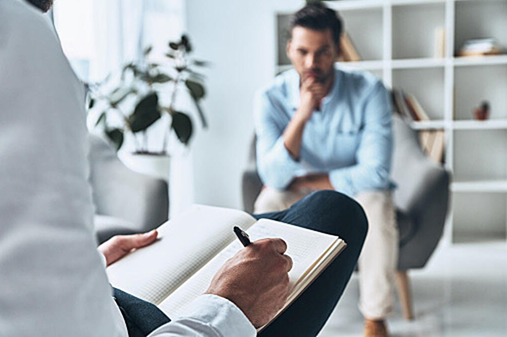 The language about the transgender experience has changed significantly over the past 15 years, since the time when I medically transitioned.

When I was an active part of the lesbian community, “Gender Identity Disorder” was talked about by many of the lesbians I knew. In 1998, Vancouver-based butch photographer SD Holman did an art show called GID (a pun on Gender identity Disorder/Girls in Drag) in homage to the fact that many gay and lesbian people experience some degree of cross-sex identification. For over 30 years of my life, that’s how I understood it – as something which some LGB people experience. Many of us integrated it onto a gay or lesbian identity, quite happily.

Though my understanding of GID wasn’t any more sophisticated than that at the time, I’ve since learned that evidence does support this view. Two separate types of GID, or what we now call Gender Dysphoria (GD), have been well studied by psychologists:

Homosexual GD can occur in both natal males and females as developmental process towards a homosexual orientation which, in most cases, resolves during puberty through the awakening of sexuality. It only persists into adulthood about 15% of the time. Life experiences such as homophobia (internal or external) and trauma seem to be factors in why this developmental process is disrupted.

Though additional types of GD have been anecdotally reported and hypothesized, only the two above types have been well studied. The current version of the DSM (guide offering a classification of mental disorders) also includes an intersex related subtype of GD which they say is developmentally different than the other types.

I recall reading papers in the early 2000s by some of Canada’s leading clinicians, such as this one by Dr Knudson, Dr Bockting, Dr Joshua and Dr Goldberg, which addressed the paraphilic aspects of therapeutic work with clients.

It was within this context that I entered into the trans care system as a patient. I was diagnosed with GID in my early 30s. However, it was around this time that a major shift in trans politics and clinical practice was taking place. The narrative began to shift and “transgender” became a more common word.

This was also a particularly vulnerable time in my life.

In 2001, Aaron Webster, a gay man who lived 2 blocks away from me, was violently beaten to death in a homophobic hate crime.

In 2005, my daughter was born, and my 9 year relationship broke down.

In 2006 I returned to university to undertake a major career change.

My life was in major upheaval when I saw a documentary on TV about “trans kids” which said, if you have cross-sex identification, it meant you were “transgender”.  That completely turned my identity on its head. “I guess I’m not a lesbian after all…I guess I’m actually a trans man.” About 3 months later I was on hormones. I was in my early 30s and, although I certainly was a masculinized woman with periods of Gender Dysphoria, I’d been quite content to be female and a lesbian up until that ideological capture. The conceptual target of the distress I was feeling, due to homophobia and the other life stressors, became “gender”. Transitioning became like an addiction for me.

Since then, the narrative about gender has completely changed from “Gender Identity Disorder” to “gender identity”. We are taught that everyone has a gender identity which exists on a spectrum. Sounds friendly and harmless,
but where did that idea come from? And is it harmless?

The term “gender identity” originated in the discredited work of Dr Money. He believed that we all have a gender identity which is socially constructed and therefore independent of biology. He’s best known for his experiment on David Reimer, a baby boy whose botched circumcision damaged his penis beyond repair. Because David had an identical twin brother, this was the perfect test case for Money. He convinced the parents to raise David as a girl, and though Dr Money boasted success, David and his twin brother spoke out against Dr Money’s experiment on them. David’s brother later died of a drug overdose and David died by suicide.

The gender identity narrative today is part Dr Money and part Queer Theory, a literary, rhetorical, political, academic discipline. Though highly effective politically, it’s having a devastating impact on how trans medicine is practiced, and on how gender rights are overwriting sex-based rights. The purpose of Queer Theory is to disrupt and blur boundaries between gay/straight and male/female, because theorists like Foucault believed that clear categories are an invention of the oppressor class for the purpose of identifying people to oppress. Many of us in the LGBT population are becoming opposed to this Queer Theory tactic though, realizing that by eliminating clear boundaries, we are also eliminating our rights and protections. For example, lesbians can no longer legally hold sex-based space for themselves, and are often berated with assertions that their sexual attraction to female anatomy is transphobic.

As an “old guard” transsexual, I know that I am biologically female with a rare ovotesticular intersex condition. My testosterone levels were naturally high, which explains my masculinization and likely my same-sex attraction. I am a lesbian with either homosexual GD or intersex-type GD that was exasperated by stress. I still tend to experience it during times of stress, which I’ve learned to manage on my own. Medically altering my body has offered some relief from it, but a great deal of the relief I feel is also because (A) I know I can walk out and buy a loaf of bread and I won’t be subjected to homophobic slurs or disapproving looks, like I did as a masculine woman, and (B) I have an evidence-based understanding of GD and have learned tools to manage it.  My GD can be managed psychologically by managing stress, mood and self-esteem, and by connecting with healthy community. My medical transition wasn’t necessary.

Because I know that I am a biological female with an experience called gender dysphoria, it’s not at all hard for me to acknowledge that sex-based rights are still valid and necessary. I care about trans rights, but we do not need to infri
nge upon the rights of others in order to have rights for ourselves.

Instead, our government is writing Queer Theory, and Dr Money’s gender identity theory, into law. This is imposing an ideological framework onto me as a person with this condition. It is political interference in clinical practice, just as the world is beginning to understand and raise alarm about this approach.

“This is imposing an ideological framework onto me as a person with this condition.”By replacing our understanding of GD with “gender identity”, our government is eliminating the psychotherapeutic options that would have been helpful for me.

They are denying people with GD a reality-based understanding of our experience and risk inflicting the same psychological harm that Dr Money did to David Reimer.

They are replacing science with ideology as the basis for clinical practice.

They are denying young people with GD information that would be helpful for them to understand themselves – which gives them real agency and options.

They are confusing a generation of young people and hastening medical interventions that may not be in their best interest.

Even as a person with gender dysphoria, who has fully medically transitioned, I don’t understand how we’re allowing this to happen.

Free to Care
https://www.freetocare.ca/blog/what-is-gender-identity
UP