Why can’t I freely choose the therapy I want? 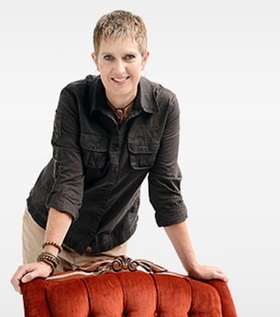 There is much controversy surrounding Bill C-6. In my opinion, it is because a lot of people do not fully understand the journeys of those of us who have “come out” as homosexuals or announced we experience gender dysphoria. It is so important we hear them out and try to understand their complex journeys. If you bear with me, I will share a bit about my life and my journey with same-sex attractions, which reflects what many others like me are experiencing. If Bill C-6 passes as it is now worded, it will have huge and unfair consequences for all.

Here is a legitimate question that is worth pondering for a moment.   Do you believe that voting against
Bill C-6 is to vote against the LGBTQ community?

Will you believe me if I say   –this belief is wrong?

In this short blog I am going to try to explain what I stated above –hopefully it will elucidate any misconceptions you may have and help you understand the position of those who are in favor of these therapies.

Let me introduce myself. My name is Wilna van Beek, and I have a unique story. I am the survivor of so called “conversion therapy”, but I am also a person who benefited from good talk therapy.

Let’s talk about the bad experience first.  In the early 80’s, after my mom discovered I was in a homosexual relationship, she was hoping someone could “fix” me. She sent me to a psychiatrist. I agreed to go but I did not agree to what he did to me. During my second session, I was asked   to lay on a bed. They tide my hands and feet, injected me with a substance to put me into hypnosis. Then he forced me to talk. What came out of his mouth was not graceful or helpful words, but it was rather hurtful.  I laid there, feeling desperate and angry. I just wanted to run away, but I couldn’t.  This traumatized my heart for decades.   This is the type of therapy that should be banned, and in Canada, it already is. We therefore, don’t need a law to create a new ban.

Let’s now talk about the good therapy I mentioned earlier.  The type where I freely chose to see a person. To understand it better I have to give a bit of background information.

I became a Jesus follower in the early nineties. To me it was a desire to fully live out my faith that led me to take this decision, but not only that, I never wanted to live a homosexual lifestyle. For me, it was not something I was okay with.  I deeply struggled with the fact that I experienced same-sex attractions. Gay activist will say nobody “struggles” with this. They are wrong. I did, and I know there are many people all over the world, including Canada, who also experience this.

In 2003, I chose chastity. My heart was connected to God and I wanted to live a life pleasing to Him. In my case, this meant I needed to live as a single person.  I am celebrating 18 years of celibacy this year. The reality is that –choosing celibacy did not make my same-sex attractions go away. It’s been a long and painful journey at times, but in the end, much good happened.

In 2005, I came to a crossroad in my life. I felt attracted to another woman and I had to choose between yielding to my same sex desires or to remain celibate. I decided to remain celibate.  It was hard and I needed help.  I reached out to my pastors. They invited me into their home. I met with them for months. They provided a safe place. I could talk about everything that was going on in my heart. They listened to me and they prayed for me.   They did not try to “pray the gay away”, but they prayed that God would help me to change my behavior and that He would comfort my heart.  These sessions helped me so much. I wasn’t forced or coerced into doing anything.

Much healing and restoration started to take place. I was able to remain faithful to God and to stay celibate.  It helped change the behaviors I wanted to change. My question to you: why is this wrong?   Why can’t I or any person from the LGBTQ community freely choose this kind of talk therapy, the kind we freely seek to help us change the behaviors we don’t want?

“Why can’t I or any person from the LGBTQ community freely choose this kind of talk therapy, the kind we freely seek to help us change the behaviors we don’t want? “
In 2014, some anger issues surfaced in my life.  I did not know how to do deal with it on my own.  This time, I chose to see a counsellor.  I was never forced or felt coerced into doing anything.  We just talked about what was happening. I disclosed my anger issues and gave background information about my life as a former lesbian. During one of the sessions, the Lord revealed the root of my anger. It was fear. I grew up in a very volatile home where there was a lot of physical and verbal abuse. It traumatized my heart, and I became very fearful. I am grateful for the positive and very helpful counseling sessions. I was able to deal with the root of the anger.  Months after these meetings, I discovered that my same-sex attractions diminished, in fact, they totally vanished! I believe the root of my same-sex attractions was fear.

If Bill C-6 passes with the current wording, this type of talk therapy will be banned. And my question again is:    why can’t I or any person from the LGBTQ community freely choose this kind of therapy? This was so helpful to me. It brought about much freedom. Not only from the anger issues I had, but from something I truly struggled with for so long, namely my same-sex attractions.
Why do we want to deny ANYONE this kind of help?

I hope you can see the two different scenarios. One that had a helpful outcome, and another that was harmful. I hope you can now clearly see why these therapies are needed. By opposing Bill C-6, you’re in fact supporting people like me! I will be grateful, and I know many others will be too. The type of therapies we are not coerced to undergo should not be denied to anyone because we have   good and legitimate reasons to seek them. They help to heal and restore our hearts and it brings peace to our lives, and this is what we should desire for everyone.

Free to Care
https://www.freetocare.ca/blog/why-cant-i-freely-choose-the-therapy-i-want
UP