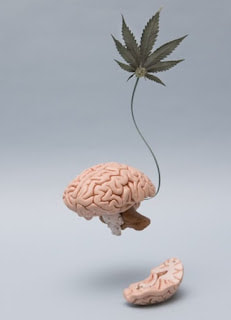 Three years after the legalization of cannabis in Canada, cannabis use has increased among adults, especially among those aged 25 to 54. As for young people aged 15 to 17, their consumption of this drug has decreased. This is what emerges from a study published last Friday by the Institut de la statistique du Québec (ISQ).

A finding that leaves "perplexed" Dr. Marie-Ève ​​Morin, a family doctor working in addiction
and mental health at the La Licorne clinic in Montreal.

She also wonders if the consumption of wax, cannabis wax containing a very high dose of THC, was counted in the study.

“The new fashion is wax pens. These are pencils [wax] that sell for $ 40 each, and in that there is a predetermined number of doses of wax, ”continues Dr. Morin. This product is circulating on the black market.

On the contrary, the decrease in cannabis consumption among young people does not surprise Jean-Sébastien Fallu, professor at the School of Psychoeducation at the University of Montreal, researcher at the University Institute on Addictions (IUD) and at the Center of Public Health Research (CReSP). For the past ten years or so, a decrease in the consumption of alcohol and other substances has been observed in this age group, he believes, even if in the future a rebound is not expected. exclude. 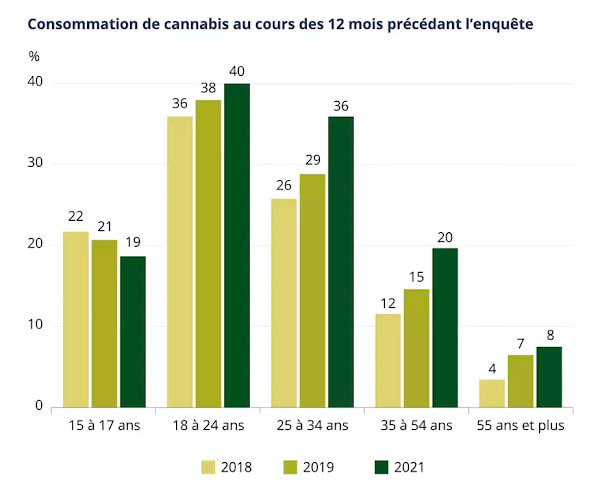 “It was expected that legalization could be associated with an increase in consumers, but we did not expect large increases, which is indeed the case, especially during the first year,” said Jean-Sébastien Fallu. He believes that the management of the COVID-19 pandemic (containment, curfew) is at the origin of the marked increase in cannabis consumption observed in the last year.

Among the 20% of Quebecers claiming to be marijuana users, 24% said they had increased their consumption
due to the management of the pandemic, reports the ISQ.

However, the proportions of the types of cannabis users, whether daily or occasional, for example,
have not changed markedly during the pandemic, says Fallu.

Since government management of the pandemic began, “many adults have started to develop psychological or psychiatric disorders. Instead of going to see a doctor, they took what they had on hand to relieve themselves. During the pandemic, we saw an increase in the consumption of almost all substances, ”says Dr. Morin.

She believes that cannabis use is trivialized because it is considered less risky than that of other drugs.

“But it increases the rate of respiratory cancer, it increases the risk of psychosis, it has a long-term depressant effect, it's addictive [and] there is a withdrawal when you stop. It's not trivial, the pot, ”she recalls.

Cannabis stigma is fading in Canada and people are using more

The stigma of smoking weed is fading and people are consuming more of it, study finds.

Three years after cannabis became legal, more Canadians smoke than previously thought,
according to a study published by Dalhousie University.

Conducted in May, the study found that 42% of those polled consider themselves to be cannabis users, with around 12% saying they started using marijuana after it was legalized in October 2018 .

The results are 20% higher than the percentage of Canadians believed to be cannabis smokers ,
according to a recent Statistics Canada report.

The numbers are also up 36% from a similar study conducted in Dalhousie in 2019. “Cannabis acceptance and use is increasing and social stigma is decreasing,” said Brian Sterling, co-author of the report.

“It's becoming more and more normalized,” added Sterling, research associate at Dalhousie University's Agri-Food Analysis Laboratory. “More and more people are buying it legally. Most are not really worried about talking about it openly anymore. "

The report also says Canadian attitudes have changed in favor of legal cannabis, including public drug use in places like restaurants.

It also states that now 78% of Canadians are in favor of legalization - compared to half of
the Canadian population who supported legal pot in 2019.

About 60% of Canadians buy weed from a cannabis store and 32% said they had increased their weed
use as a result of managing the pandemic.

Legalization hasn't done away with the black market

One of the proclaimed goals of legalization was to stem black market sales. But today, just over half of marijuana sales are made on the legal market. “Demand has not shifted from the illegal market to the legal market, especially in the west of the country,” explains Jean-François Ouellet, professor at HEC Montreal.

Only Quebec seems to be an exception. It has chosen a public sales system via its SQDC (Société québécoise du cannabis) points, while many provinces are running 100% private, or with both regimes. “Quebec has also chosen to sell cannabis at the same price as the black market. And if people don't want to come, it is possible for them to order online and have it delivered the same day, ”continues the professor.

"Surveys generally overestimate the legal part and underestimate the illegal part", relativizes Michael Armstrong, professor at Brock University in St Catharines (Ontario), while stressing that "there is a clear trend towards more legal spending. and less illegal ”.

"The small illegal dealers were the most affected," says psychologist Serge Brochu, professor at the School of Criminology at the University of Montreal. Large criminal organizations with a diversified supply of illicit activities have been able to invest in other niches. This expert considers it illusory to believe that the legalization of the pot will make it disappear. "The black market is channeling its efforts more and more on Internet sites to offer products at a lower cost," notes Amnon Jacob Suissa, professor of sociology at the University of Quebec in Montreal.

Strong competition, overproduction and falling prices have put the brakes on the boom in the nascent legal recreational cannabis industry.

Giant Canopy Growth operated seven grow plants in Canada. They all closed or were sold in 2020. Listed on the stock exchange, the company has seen its share value drop by more than 26% since January. A decrease which is explained by "points of sale closed during confinement" and "supply problems with American sites", according to CEO David Klein. Its competitors also denounce the lack of outlets in certain provinces.

Some producers have had to take shelter from their creditors, such as AgMedica and Wayland.

Emerald Health Therapeutics, which employs 120 people, is resisting, but has no plans to expand internationally.

ÉCOLE LIBRE
For a free school in Quebec: Cannabis - consumption since legalization has increased from 14% to 20% from 2018 to 2021 (www-xn----pourunecolelibre--hqb-com.translate.goog)
UP