Disney Doubles Down On LGBTQ Programming With ‘Lightyear’ And More 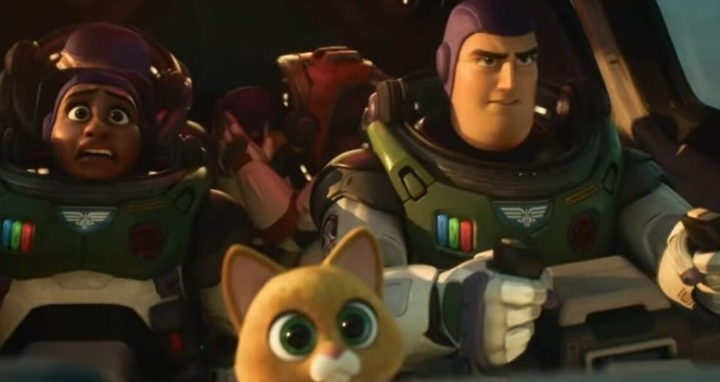 Same-sex romance is prominent in the latest ‘Toy Story’ entry, and Disney Plus
has several LGBTQ-themed films and series coming out.

After advance screenings, critics say animated space adventure “Lightyear” — opening in theaters on June 17 — “takes queer representation to infinity and beyond,” to quote USA Today, highlighting that a lesbian couple “at one point [greets] each other with a kiss on the lips.”

Following backlash over Disney creative executives discussing their ongoing efforts at “queering” children’s entertainment, it seems Disney has decided to dismiss the concerns of many conservative parents. That collective shrug in Hollywood could be missing the big picture. A Harris Poll released in late May ranking the nation’s Top 100 brands found that The Walt Disney Company dropped
from 37th to 65th place in reputation just since last year.

“Disney’s about-face shows the reputational hit that comes when the public perceives you as being calculating rather than clear in what you believe in and stand for,” said Harris Poll CEO John Gerzema. Disney also recently reported less-than-stellar streaming subscription growth.

Entertainment critic for faith-based outlet Crosswalk Michael Foust says the clash of cultural mores between Hollywood and faith-driven families has been building for years. “Disney does not operate from a biblical worldview, so it is no surprise that it keeps offering content that frustrates many in the faith community,” he stated via email.

Melissa Jacobs and her husband, Jeremy, raising seven children in St. Louis, canceled Disney Plus this spring. While the family has enjoyed shows like “Bluey,” along with Star Wars and Marvel films, she stated that “the direction Disney was leaning” prompted their decision.

“Many of their programs no longer have a traditional family and instead highlight and celebrate queer, transgender, and homosexual characters,” she stated. “In many shows, kids are openly disrespectful to their parents.
It’s all contrary to what we are trying to teach our children.”

Christians Object to Plot Twist in ‘Toy Story’ FranchiseThe first Pixar production to hit theaters in more than two years, “Lightyear” is tied loosely to beloved “Toy Story” films. It’s billed as young Andy’s favorite movie, the one that compelled him to cast aside his cowboy Woody in the original 1995 film.

Reading between the lines of some critics’ effusive praise, families get the plot’s general drift. Sent on a peacekeeping mission, space ranger Buzz and his co-pilot Alisha face off against aliens on a strange planet. When subsequent damage to their ship maroons them for years, stranded Alisha meets a female romantic interest and the two “start a family together.”

For the Jacobs family, fans of past “Toy Story” films, “Lightyear” won’t be a summer outing to the multiplex. The mother of seven is author of “Livin’ the Dream,” which includes their story of adopting a daughter. She says the Bible guides their views on sex, marriage, and family.

Similarly, Foust, who is raising four kids with his wife in rural Illinois, observed cultural trends run counter to Chrisitan theology on marriage and sexuality. “Hollywood may consider us strange for even questioning the content of ‘Lightyear,’ but that shouldn’t surprise us,” said Foust. “After all, 2,000 years ago the Apostle Peter reminded us that we are ‘strangers’ and ‘temporary residents’ in this world.”

Two of the filmmakers behind “Lightyear” — director Angus MacLane and producer Galyn Susman — are “Toy Story” franchise veterans who say they’re eager to make something “exciting and awesome.” MacLane says they didn’t want
the LGBTQ plotline to be “a superfluous thing” but an “accurate representation.”

If anyone is puzzled by this being the flick supposedly referenced in 1995’s “Toy Story,” while reflecting cultural mores far left of the mainstream in that era, producer Susman explained: “Though it’s the film Andy saw, we were still making it for today’s generation.”

Promoting Alternative Lifestyles to ChildrenWill many families forgo a much-hyped movie featuring favorite spaceman Buzz? For those who are Disney Plus subscribers, it’s merely the start of new additions to navigate during Pride Month.

In June, six seasons of “Glee,” three seasons of “Love, Victor,” and LGBTQ-themed “Trevor: The Musical” will be added to the streamer’s Pride Collection. (Last year, Pixar’s short “Out” with similar themes premiered.) Such a deluge of titles involving same-sex romance among minors could prompt some to readjust parental controls or bail on Disney Plus altogether.

Foust, an evangelical Christian, says believers uphold the dignity and worth of every person. It’s praising sin to children that is problematic. “We are to love our neighbors unconditionally — while not being conformed to this world by the entertainment we consume,” he stated.

No Christians WantedDisney’s leftist drift seems to be accelerating. As part of an initiative called Reimagine Tomorrow, Disney outlines its association with LGBTQ advocacy groups like GLAAD. Reporting on this initiative, the Los Angeles Times linked to a letter by current Disney
employees who have chosen to remain anonymous.

“As much as diversity and inclusion are promoted, the tomorrow being reimagined doesn’t seem to have much room for religious or political conservatives within the company,” state these Disney cast members. “This politicization of our corporate culture is damaging morale and causing many of us to feel our days with [Disney] might be numbered.”

Several players in family entertainment, such as Angel Studios and GAC Family, are working to produce and distribute films
and shows that appeal to families who object to Disney’s direction.

PAR: JOSH SHEPHERD
THE FEDERALIST
Disney Doubles Down On LGBTQ Focus With ‘Lightyear,’ Others (thefederalist.com)
up