GOP congresswoman denounces transgenderism as ‘nothing but rebellion against God’ 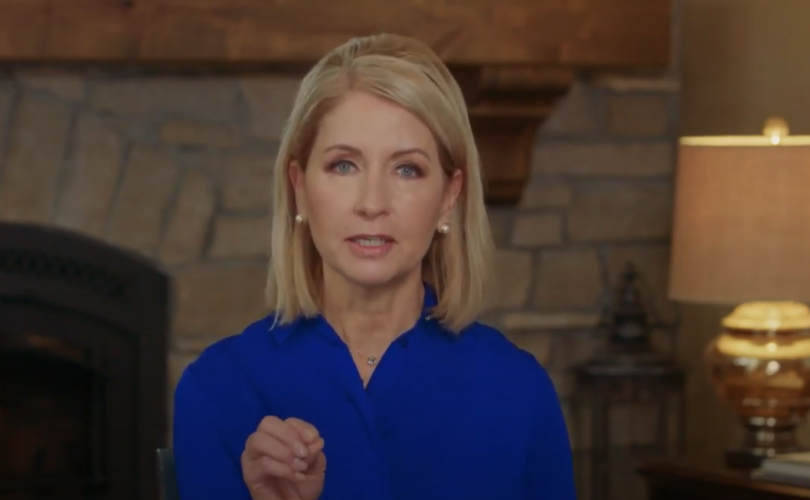 WASHINGTON, D.C. (LifeSiteNews) – Republican Rep. Mary Miller denounced the left’s transgender agenda as “rebellion against God” and blasted the Biden administration for pushing it on young children, which she called “child abuse.”

“You cannot change your gender. It’s a lie,” Miller told Breitbart News Saturday in an interview with Matthew Boyle. “And people who have gender identity problems, I sympathize with them, but why are we going to go along with ‘The Emperor’s New Clothes’ and play along with this charade? I’m not going to do it. I mean, they’re purposely preventing the child’s physical development, and I’m calling it child abuse.”

Miller said she thinks the transgender movement has taken root in the U.S. because “we have rejected God” and are “swimming in an abyss of confusion.” Underscoring her Christian faith, she stated, “I am unashamed of our Judeo-Christian heritage and the values that most Americans hold to. God created us male and female — this is nothing but rebellion against God.”

Earlier in April, Miller slammed the Biden administration for its “woke” politics. She accused the White House of “lying to children” in pushing “sex change” surgeries and puberty blockers while calling the drugs “reversible.”

“The Biden Administration,” Miller tweeted on April 8, “is engaging in extreme ‘woke’ politics by encouraging children to take chemical castration drugs and undergo surgeries, and they are lying to children by telling them puberty blockers are ‘reversible.’ We must protect our children!”

PolitFact then called Miller’s tweet “false” in a “fact-check” on April 17, in spite of the fact that many healthcare professionals have challenged the claim that such treatments are “reversible.” Some doctors have called the claim a “bald-face lie,” according to a report of Breitbart News. In response to the fact-check, Miller provided PolitiFact with information from Mayo Clinic, which “cites the potential long-term effects of puberty blockers — including bone growth and density, future fertility and growth spurts.”

Miller told Boyle on Saturday that if Americans really want to oppose the imposition of the transgender agenda on their children, they need to realize that “elections have consequences. You need to vote for fighters.”

Highlighting the “religious” zeal of the left, she called for a rallying defense of America’s “Judeo-Christian heritage.” “We need to quit scurrying to the corner,” she said. “These people — their agenda is religious for them. Why are we ashamed of our Judeo-Christian heritage and our values? We need to be loud and proud about them. They are the values that bring freedom and productivity to a country,
to its communities, and that cause our families to thrive.”

Underscoring the importance of parents’ role in raising children, Miller reiterated, “Americans don’t want their role as a parent diminished.” She said that when it comes to the question of education and the affirmation children really need, in place of the message of transgender activists, “our kids need to be taught that they were created by God with a gift and a purpose.”  ​