Lucky Luke: The Ride of Gay Cowboys
in the Wild West 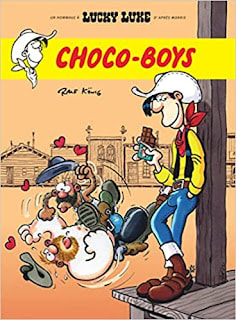 In Choco-boys, his album "tribute" to the cowboy Friday in bookstores, the German cartoonist Ralf König happily revisits the myth.
"The population of the Wild West was much more diverse [sic] than is generally believed. We met gay cowboys, as well as lesbian oilers and queer Native Americans in the Wild West," writes Ralf König in the afterword to Choco-Boys, the album that is a "tribute" to Lucky Luke, released this Friday, October 15.

For the German homosexual cartoonist who "revisits" the myth of the lonely vacher, his vision of the West of the nineteenth centurye century populated by homosexual cowboys is a historical reality.

An advocate for the LGBTQ2SAI+ cause, the author, with the permission of Morris' rights holders, blithely mocks the myth: "I am not an activist. I'm an author and I happen to be gay, so I write gay stories," Ralf König told Le Parisien reporters. But I just want to draw good comics and if it has the effect of making people more tolerant, so much the better! Of course, my Lucky Luke talks about homophobia! But I'm not trying to educate. Homophobes are idiots, whether in the Wild West or here and now. I just want the reader to think that he had a lot of fun. » 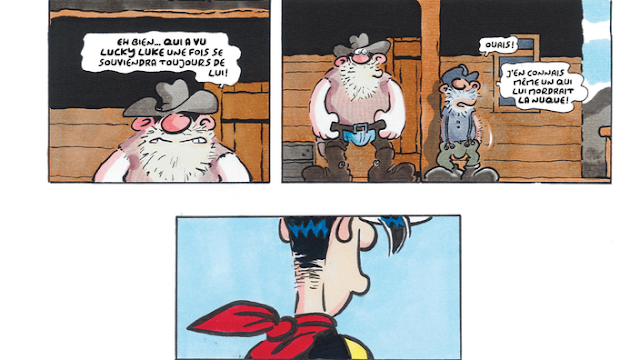 Scènes « cocasses »
"Funny" scenes
​
Choco-boys features Lucky Luke who has custody of five dairy cows whose owner wants to introduce America to his delicious Swiss chocolate. For this high mission, he is accompanied by Terrence, who reminds him of his idyll with a vacher boy... Punctuated with "funny" scenes, the album interweaves references to the albums of the series with the film Brokeback Mountain. Adapted fromAnnie Proulx'sshort story Brokeback Mountain, the film tells the story of the secret homosexual passion lived for twenty years by two cowboys, Ennis del Mar and Jack Twist who "grew up on two miserable little ranches at both ends of the state of Wyoming."
FREE SCCHOOL
​For a free school in Quebec: Lucky Luke: the ride of gay cowboys in the Wild West (xn--pourunecolelibre-hqb.com)
UP