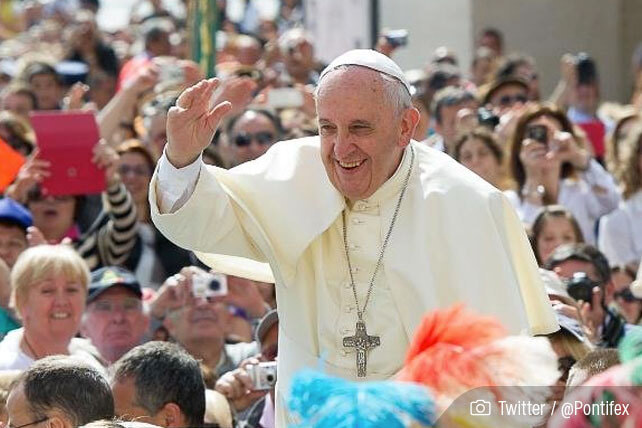 When Evgeny Afineevsky’s film Francesco premiered at the Rome Film Festival last month, it made waves for more than its cinematography. In it, Pope Francis appears to endorse same-sex civil unions. Now, however, Vatican officials are clarifying the Pope’s words, which they say were strung together in a misleading way.

Pope Francis’ comments about same-sex civil unions were “edited and published as a single answer without the necessary contextualization,” an explanatory note written by the Vatican Secretariat of State reads.

In Francesco, Pope Francis is seen saying, “Homosexual people have the right to be in a family. They are children of God and have a right to a family. Nobody should be thrown out or be made miserable over it. What we have to have is a civil union law—that way they are legally covered. I supported that.”

As Francis is the first leader of the Roman Catholic Church to express such a view, the comments were taken as a potential sea change for the Catholic position on same-sex relationships. However, officials from the Vatican were quick to clarify that Francis was not announcing a change in church doctrine or position. In the past, Francis has articulated his view that marriage as recognized
by the Church is strictly between a man and a woman.

According to America Magazine, Pope Francis made the remarks that appear in Afineevksy’s film during a May 2019 interview conducted by Mexican journalist Valentina Alazraki. At the time, those specific comments relating to civil unions were not published. Gerard O’Connell with America Magazine explains:

But as the original unedited text shows, the first three short sentences of that statement in the documentary are only a small part of Francis’ long response to one question (also found in the edited version of the Televisa interview) about the integration into the church of people living in “irregular situations.” He recalled that he was once asked in a press conference on the plane “about the integration into a family of persons with a homosexual orientation, and I said, homosexual persons have a right to remain in the family, persons with a homosexual orientation have a right to remain in the family and the parents have the right to recognize this son as a homosexual, and this daughter as homosexual. Nobody should be thrown out of the family, and no one’s life should be made impossible because of this.”

The Secretariat of State’s explanatory note was shared with the Roman Catholic Church’s apostolic nunciatures, with the intent of being shared with bishops around the world. The Vatican has not made a public statement about the comments that appear in Francesco, despite multiple news outlets pressing for comment.
up