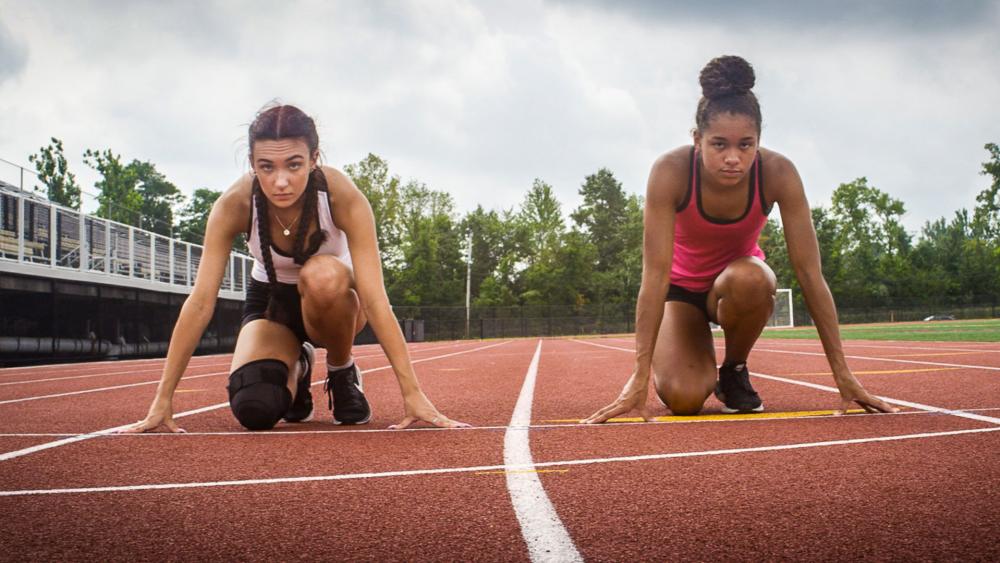 A federal appeals court has dismissed a challenge to Connecticut's policy of allowing transgender students to compete in girls' high school sports, rejecting arguments by four biological female runners who said they were unfairly forced to race
against transgender athletes with male biology.

A three-judge panel of the 2nd U.S. Circuit Court of Appeals in New York City upheld a lower court judge's dismissal of a lawsuit challenging the policy on Friday. The panel said the four female athletes lacked standing to sue — in part because their claims that they were deprived of wins, state titles, and athletic scholarship opportunities were speculative.

"Like the district court, we are unpersuaded, with respect to the claim for an injunction to alter records, that Plaintiffs have established the injury in fact and redressability requirements for standing; both fail for reasons of speculation," the 2nd Circuit judges wrote.

The court came to that conclusion despite the fact that two transgender athletes, biological males, broke 17 girls' track meet records and took 15 women's state track championship titles, according to the lawsuit.

The four track athletes Selina Soule, Chelsea Mitchell, Alanna Smith, and Ashley Nicoletti, and their mothers, represented by attorneys with the nonprofit Alliance Defending Freedom (ADF), had sought injunctions to bar enforcement of the state policy on transgender athletes, to remove the records set by the two trans athletes, and included a request for monetary damages.

In a statement, ADF Senior Counsel Christiana Kiefer said the 2nd Circuit got it wrong and her firm was
evaluating all legal options, including appeal.

"Our clients—like all female athletes—deserve access to fair competition. Thankfully, a growing number of states are stepping up to protect women's athletics. Right now, 18 states have enacted laws that protect women and girls from having to compete against males, and polls show that a majority of Americans agree that the competition is no longer fair when males are permitted to compete in women's sports," Kiefer said.
"Every woman deserves the respect and dignity that comes with having an equal opportunity to excel and win in athletics, and ADF remains committed to protecting the future of women's sports," she added.

The Connecticut Interscholastic Athletic Council argued its policy is designed to comply with a state law that requires all high school students be treated according to their gender identity. It also said the policy is in accordance with Title IX, the federal law that protects girls' access to equal educational opportunities, including in athletics.

The American Civil Liberties Union defended Terry Miller and Andraya Yearwood, the two transgender athletes at the center of the lawsuit.

Joshua Block, a lawyer for the ACLU's LGBTQ & HIV Project, said in a statement, "This critical victory strikes at the heart of political attacks against transgender youth while helping ensure every young person has the right to play."

A district court previously threw out the four girls' lawsuit on the grounds that the request to block the transgender inclusion policy was moot since the two trans athletes in question had already graduated, and also that the four female athletes lacked standing to demand records be altered, according to Fox News.

All of the athletes have since graduated from high school.

In arguments before a federal judge in Connecticut in February 2021, Roger Brooks, another lawyer for the Alliance Defending Freedom, said Title IX guarantees girls "equal quality" of competition, which he said is denied by having to race people with what he described as inherent physiological advantages.

Brooks said the transgender sprinters improperly won 15 championship races between 2017 and 2020 and cost girls the opportunity to advance to other races 85 times.

The female plaintiffs competed directly against them, almost always losing to Miller and usually finishing behind Yearwood. One of the plaintiffs, Chelsea Mitchell of Canton High School, finished third in the 2019 state championship in the girls' 55-meter indoor track competition behind Miller and Yearwood.

As CBN News reported in May of 2021, Mitchell opened up about competing against these transgender
athletes who are biological males. She called it "devastating."

In an editorial published by USA Today at the time, she expressed how crushing it was to lose "four women's state championship titles, two all-New England awards, and numerous other spots on the podium to male runners."

"That's a devastating experience," Mitchell wrote of competing against the biological males. "It tells me that I'm not good enough; that my body isn't good enough; and that no matter how hard I work, I am unlikely to succeed because I'm a woman."

Eighteen Republican-controlled states have enacted "Fairness in Women's Sports" legislation that aims to prevent biological males from competing on girls' and women's sports teams, according to Fox News.

As CBN News reported in January, a clear majority of Americans are not going along with the idea that there are multiple genders beyond male and female.  They say in reality, there are only two.

According to a national telephone and online survey by Rasmussen Reports: