Is a woman, a woman by sex or by gender? 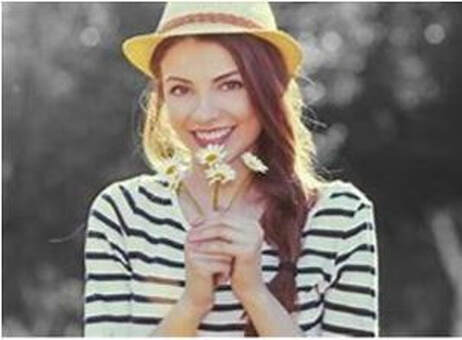 Comments recently made by JK Rowling, author of the Harry Potter novels , followed by a text recently published in Le Devoir , written by the writer and journalist Nassira Belloula, have aroused a controversy which regularly returns:
is it unacceptable to say that a real woman is female?

Today, social science theorists, people who identify as trans or non-binary, as well as activists, on the grounds of recognizing the existence of trans people and respecting their rights, would like the meaning of the word woman be modified so that it has nothing to do with the sex of the people it serves to designate, and everything to do with self-identification: anyone who makes "woman"
his "gender identity" be recognized as a woman.
In fact, it goes even further: these theoreticians and these activists go so far as to rewrite history by claiming that this word has always been used to designate people according to their gender and not according to their sex. It is indeed a rewriting of history: if we take cognizance of the origin of the word woman and its use, we see that it is traditionally used to designate the humans of female SEX.

The word "woman" entered written language in the early tenth century. According to the historical dictionary of the French language (Le Robert, under the direction of Alain Rey), the denotation of the word "woman" refers to the adult female of the human species. Here is the historical evolution that led to this word, as we find in this dictionary: WOMAN nf is from (deb. X es.) from the Latin femina which, representing a passive present participle, originally meant "who is sucked, who breastfeeds" and is attached to the Indo-European root ° dhe- "suckle" like fellare "suck" (fellatio), felix "Happy" (congratulated), etc .; femina has the meaning of "animal female" then "woman" and "wife"; he competed mulier 'woman' who gave the moglie Italian, Spanish mujer, former French moïllier (until XIV th c.) and uxor "wife" that led to oissour Old French, attested up 'in the first half of XIII th century.

Still according to the historical dictionary of the French language, "woman" (the word and its denotation) has been known since the end of the 10 th century to designate a female human being and was used (1829) when speaking of the female of an animal.

The greatest recognition that society should give to trans people would be for the French Academy to accredit the codification and use of neologisms (new words) that would illustrate this reality.

Usurp words that already exist and that are already widely used, the words “man” and “woman”, to designate new realities (and we anticipate the blow: they can be new in the sense that they did not exist before, or in the sense that we did not talk about it before), it only confuses the meaning of these words. In addition, these words being used by everyone in addition to referring to everyone, we do not have to admit that a minority of people unilaterally impose new definitions, while making us feel guilty for
using these words according to their traditional definitions.

If people want to be identified by gender, so be it, but that's not a reason to replace sex with gender. As for those who would like to tell us that sex is not important, that only gender is important, we simply answer that there are still a lot of people - we go on to assume that it is a huge majority - who value sex. We do not have to be deprived of the words used to refer to something to which we attach importance.