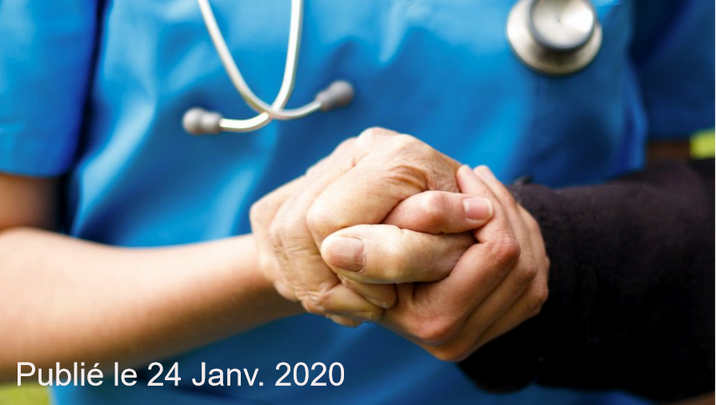 OTTAWA - The Trudeau government is launching public consultations on Monday on the best way to respond to a court ruling that it was unconstitutional to allow only Canadians who are already on the verge of death to seek medical help to put end their suffering.
Prime Minister Justin Trudeau has declared that the government accepts the decision rendered on September 11 by the Quebec Superior Court
and will amend the federal law accordingly.

But although the government has agreed to eliminate the impending death test, its consultation questionnaire suggests that other barriers may be imposed to ensure what it sees as a balance between a person's right to choose to put end of life and the protection
of vulnerable people who may be under pressure.

Under the court ruling, he has until March 11 to change the law.
Canadians will have until January 27 to give their opinion on how the law should be changed through the online questionnaire launched Monday.
At the same time, Minister of Justice David Lametti, Minister of Health Patty Hajdu and Minister of Inclusion of People with Disabilities
Carla Qualtrough will host roundtables and meetings with key stakeholders.

The consultation schedule - which leaves the government only six weeks to draft a new law and get it through the House of Commons and the Senate
on time to meet the court deadline - suggests that Ottawa will have to request a delay from the courtyard.

The decision was made on the first day of the federal election campaign last fall. 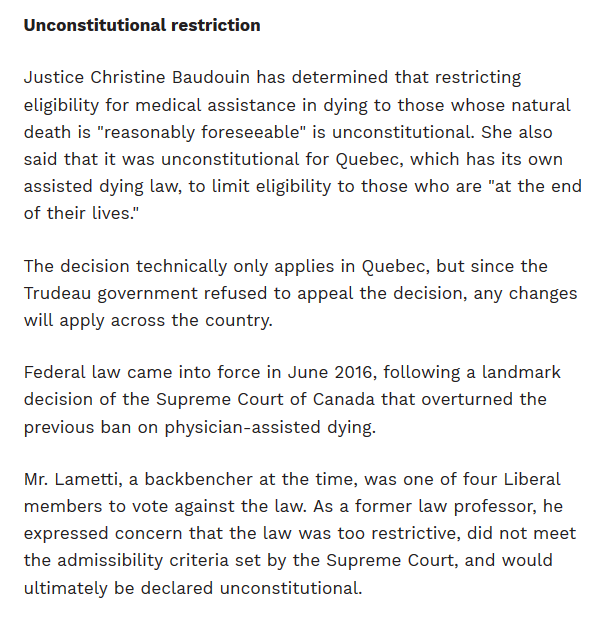 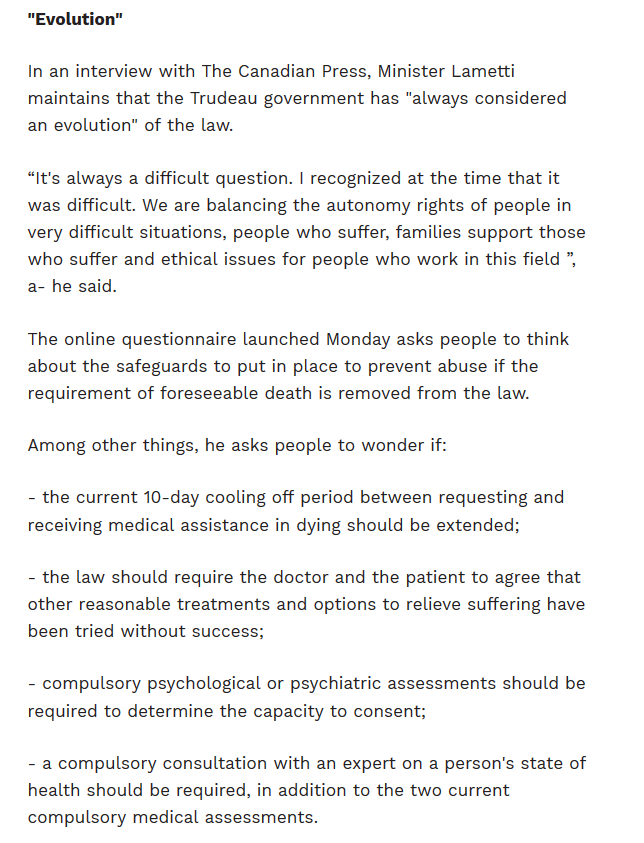 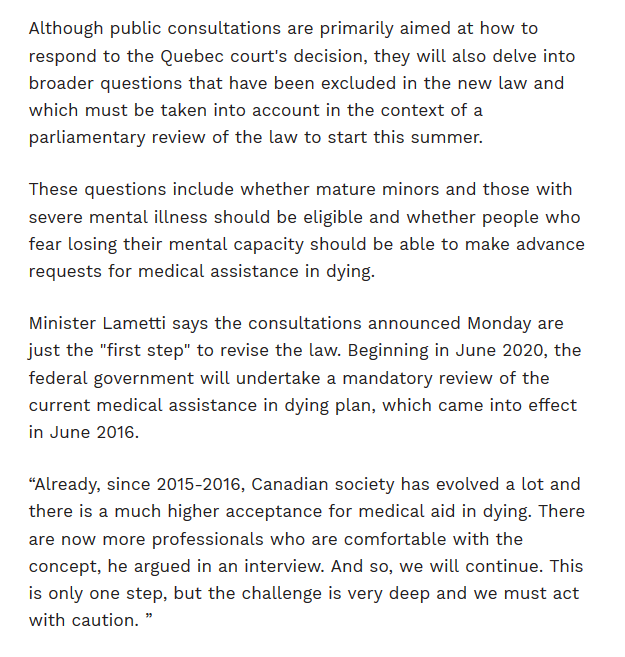