return
Justice Frédéric Bachand granted the federal government until December 18, 2020, in its decision made Monday afternoon. 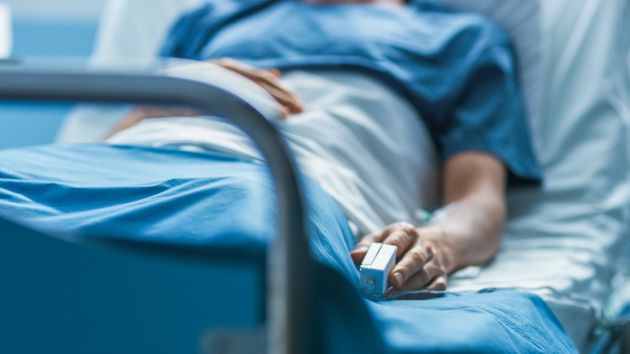 Ottawa has just obtained an additional five months to bring its legislation into line with the Quebec judgment which extended medical assistance in dying by abolishing the "reasonably foreseeable" death requirement.

The federal government will have until December 18, 2020 to comply, allowed judge Frédéric Bachand of the Superior Court of Quebec in his decision rendered Monday afternoon. A quick judgment, considering that Ottawa pleaded its request last Friday.

This is the second postponement obtained by the federal government. This time, he invoked COVID-19 to explain why he did not have time to change his legislation.

In the meantime, those who meet all the criteria, but whose death is not "reasonably foreseeable", cannot obtain medical aid in dying - unless they appear before the Court to obtain judicial authorization. Bachand JA renewed this possibility.

Last September, Judge Christine Baudouin of the Superior Court had invalidated the criterion of “reasonably foreseeable death” written in the Criminal Code, declaring it unconstitutional, like that of Quebec law which provided that medical assistance in dying is accessible only to those "who are at the end of their life".

In doing so, the judge opened medical assistance in dying to a greater number of people, such as Jean Truchon and Nicole Gladu, two Quebecers who have fought this legal battle in recent years. Suffering from serious incurable degenerative diseases, their death was not reasonably foreseeable, however.

Justice Baudouin had, however, suspended the declaration of invalidity of these two criteria for a period of six months, in order to give the federal and provincial governments time to modify their laws so as to bring them into conformity with her judgment.
The Government of Quebec has complied with the judgment. He chose not to touch his “End of Life Care Act”, declaring instead that the “end of life” criterion is now ineffective.
Ottawa decided to do it differently: in February it introduced legislation to amend the Criminal Code.

Except that he failed to get his bill passed within six months.

First, he invoked the federal elections, which suspended Parliament and therefore the time available for parliamentary business. He had then obtained a delay of four months, until July 11.

And last Friday, he argued that the COVID-19 pandemic also halted work in Ottawa, not giving MPs enough time to study and pass the bill. He asked for five more months, which he just got.

The lawyer for Mr. Truchon and Ms. Gladu, Mr. Jean-Pierre Ménard, had not contested the request for additional time, given the context of the pandemic, "an unforeseeable situation". However, he found the deadline too long
for the suffering people who were impatiently waiting for July 11.

Although he recognizes the possibility for these people to obtain judicial authorization, Mr. Ménard had noted that because of the costs that this entails, some may not be able to avail themselves of it.

"The COVID-19 pandemic, which has changed our lives since mid-March, undoubtedly constitutes a change in circumstances which militates in favor of the extension sought by the Attorney General of Canada," the judgment said. "The repercussions on the federal Parliament were major, its members having chosen to limit its activities so that it could devote itself almost exclusively to the adoption
of legislative measures related to the pandemic."

Justice Bachand noted, however, that there is no guarantee that the federal bill will be passed by December 18.

Judge Baudouin had granted Mr. Truchon and Ms. Gladu a constitutional exemption, which ensured that they could obtain the assistance of a doctor to end their lives, despite the suspension of invalidity of the criteria.

Mr. Truchon took advantage of it in April. Justice Bachand renewed the exemption for Ms. Gladu.
The Canadian Parliament will resume operations on September 21.
up