Assisted suicide is neither painless
​nor dignified.

RETURN
Death by euthanasia or assisted suicide are similar to death by drowning. 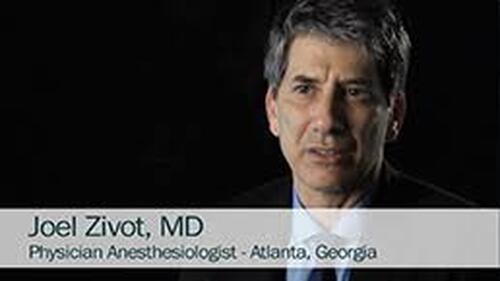 I have published several articles about the research by Dr Joel Zivot, concerning autopsy results from people who died by lethal injection. Dr Zivot is an assistant professor of anesthesiology/critical care at Emory University School of Medicine in Atlanta. The Spectator published a great article by Dr Zivot on September 18 titled: Assisted Suicide is neither painless nor dignified. Zivot is challenging
the upcoming assisted suicide bill.

Zivot explains that he is an expert witness opposing lethal injection executions in America. Zivot opens his article by provacatively stating:

I am quite certain that assisted suicide is not painless or peaceful or dignified. In fact, in the majority of cases, it is a very painful death.

The death penalty is not the same as assisted dying, of course. Executions are meant to be punishment; euthanasia is about relief from suffering. Yet for both euthanasia and executions, paralytic drugs are used. These drugs, given in high enough doses, mean that a patient cannot move a muscle, cannot express any outward or visible sign of pain. But that doesn’t mean that he or she is free from suffering.
Zivot explains his experience with death by lethal injection:

In 2014, I watched the lethal injection of Marcus Wellons in a Georgia prison. The 59-year-old had been sentenced to death for the rape and murder of his 15-year-old neighbour India Roberts in 1989. ‘I’m going home to be with Jesus’ were his final words as the drugs entered his body.

I noticed that Wellons’s fingers were taped to the stretcher, which made little sense, given his body had already been restrained by heavy straps. I kept asking myself why. I read into the subject and came across a report of the lethal injection execution of another death row inmate, Dennis McGuire, five months earlier. During that 24-minute process at the Ohio jail, McGuire clenched his fists. Perhaps it was a final, futile show of defiance. Perhaps it was an outward display of pain. With his fingers secured, Wellons could not have made any such gesture.
Based on autopsies, Zivot proves that death by lethal injection, whether it be execution, euthanasia
or assisted suicide are similar to death by drowning:

In 2017, I obtained a series of autopsies of inmates executed by lethal injection, which confirmed my worst fears. Wellons’s autopsy revealed that his lungs were profoundly congested with fluid, meaning they were around twice the normal weight of healthy lungs. He had suffered what is known as pulmonary oedema, which could only have occurred as he lay dying. Wellons had drowned in his secretions. Yet even my medical eye detected no sign of distress at his execution.

Wellons was executed with a chemical called pentobarbital, which caused his pulmonary oedema. In Oregon, four in five assisted suicides have employed pentobarbital or its close relatives. (The Assisted Dying Bill is based on the Oregon system.) If a post-mortem examination were to be performed on a body after assisted suicide, it’s very likely that similar pulmonary oedema would be found.

Zivot continues by explaining why the proposed British assisted suicide bill will likely result in deaths similar to drowning:

The proposals before the House of Lords would see sick patients prescribed a lethal dose of perhaps 100 barbiturate pills. Laws in Oregon, like those proposed in the UK, require patients to take the drugs themselves, which rules out any form of general anaesthetic. Often patients are handed anti-sickness and anti-seizure tablets but nothing more in preparation, meaning they’re very much awake as the assisted suicide process begins and they start ingesting fatal quantities of barbiturates. Without a general anaesthetic, many will be in great discomfort, even if outwardly they don’t appear to be suffering.

Zivot confirms his theory based on the assisted suicide death of Linda Van Zandt:

Indeed, there are countless examples of people who have discovered just how messy, painful and distressing it can be as they watched their loved ones go through the process. Take Linda Van Zandt, who helped her aunt, suffering from amyotrophic lateral sclerosis, die in California. She later described how she had to feed 100 crushed pills in a drink to her aunt ‘who could barely swallow water’, but ‘had to drink all of it in less than five minutes to “ensure success”’. She concludes: ‘The day was fraught and frightening… We had been forced to assist in the most bizarre fashion, jumping through seemingly random legal hoops and meeting arbitrary deadlines while my aunt suffered, and finally emptying capsules, making an elixir so vile I cried when I knew she had to drink it. This was death with dignity?’

Advocates of assisted dying owe a duty to the public to be truthful about the details of killing and dying. People who want to die deserve to know that they may end up drowning, not just falling asleep.

When Dr Zivot made a similar presentation to the Canadian Senate Committee examining the euthanasia bill, they simply ignored his warnings based on some argument that executions and assisted death are different. In fact, Zivot acknowledges that they are different, but the drugs used are similar and result in the same outcome,