return
‘I’ve suspected for some time that these so-called “conversion therapy bans” are simply a Trojan horse that can effectively be used to render preaching, teaching, pastoral support, and Christian counseling on any LGBT-related issue illegal’ 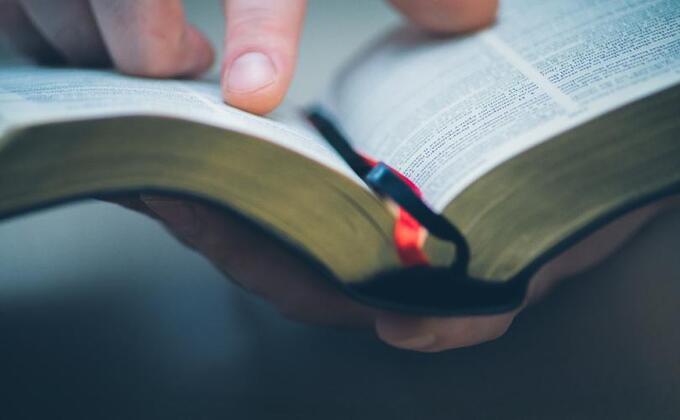 (LifeSiteNews) – Proponents of the so-called “conversion therapy bans” cropping up in many Western countries have a very simple and very compelling public rationalization for these laws. These laws, they claim, are necessary to prevent young people from being forced into dangerous and discredited therapies that attempt to alter who they are. The phrase “conversion therapy,” which has generally been used to refer to abusive practices such as electroshock therapy and conjures up ugly images almost immediately, has been used very intentionally. What humane person, after all, could oppose banning that? Even the United Nations has called on member nations to get on board.

Of course, these so-called “conversion therapy bans” are actually designed to do far more than ban practices that already attract universal condemnation. The bylaw recently passed in Calgary, for example, could jail parents and criminalize Christian speech, as even having pastoral conversations about unwanted same-sex attraction or genuine gender confusion could be covered. Based on definitions of “hate” and “cruelty” used by most LGBT activists, it is safe to assume that this is their intention. The “conversion therapy ban” currently being proposed by Trudeau’s Liberals could theoretically send parents to jail for opposing sex changes for their children.
The same laws are cropping up in the United Kingdom—and members of post-Christian churches are coming forward as key advocates. Back in July, a letter signed by the Moderator of the Baptist Union Rev. David Mayne, the Bishop of Liverpool Rev. Paul Bayes, and other religious leaders called on Prime Minister Boris Johnson to propose legislation that covered “the full range of religious practices” and stated explicitly that conversations between congregants and religious leaders on sinful sexual practices were putting lives at risk. Religious communities, they stated, needed to be forced into change:

Whilst we recognise and applaud your overall aim to “end conversion therapy” we would caution you that this will not be possible until our religions have done more theological thinking on these matters – which we and others are committed to helping them do.

In fact, the signatories actually stated that even conversations that were wanted and initiated by those struggling with unwanted attraction should be banned, and orthodox clergy prosecuted:
We urge you to make it clear that the UK will not tolerate those who practice conversion therapy in any form, whether consensual or not, and that those who practice it will be prosecuted.  This will have the impact of causing religious leaders to think twice, as they will be loath to risk having a criminal record that would stop them from following their vocation.

In short, the signatories of the letter echoed 2017 calls by the Church of England to ban “conversion therapy”—but took it even further by calling on legislation that would essentially outlaw calls for sexual chastity as Christians have understood it for 2,000 years.

Now, former evangelical and current progressive quisling Steve Chalke has joined the attack on orthodox Christian communities, stating in a press release put out by the UK charity Oasis Trust that even traditionally Christian expressions of support for those struggling with unwanted same-sex attraction and the offer of prayers was “psychologically abusive,” and stated that Christian teaching on sexuality that taught people “that their desires are ‘sinful’” is dangerous because it “only contributes to the already high levels of mental health issue
reported among people from the LGBT+ community.”

I’ve suspected for some time that these so-called “conversion therapy bans” are simply a Trojan horse that can effectively be used to render preaching, teaching, pastoral support, and Christian counseling on any LGBT-related issue illegal. If a person who identifies as LGBT hears a sermon, or asks advice and is told not to act on desires, or even asks if he or she should seek to live chastely—any response that adheres to the orthodox Christian position on sexuality could result in prosecution. You’ll notice that advocates of these laws consistently and specifically cite suicide as a result of people being told their desire are sinful. This is intentional: It allows them to say that Christian speech is quite literally life-threatening. The fact that this is nonsense isn’t relevant.

I’ve often been told that my concerns are hyperbolic. But here, for your consideration, are advocates for conversion therapy bans openly advocating for the prosecution of Christians—and some leaders even suggesting that religious people must be forced into literally changing their theology by government crackdown and criminal records. That is what these people are saying. We know why they want these bans. They are telling us what they are for. They are not to protect LGBT people. They are to target us.

Jonathon’s new podcast, The Van Maren Show, is dedicated to telling the stories of the pro-life and pro-family movement. In his latest episode, he interviews Marjorie Dannenfelser from the Susan B. Anthony List who tells Van Maren that this election is crucial for the pro-life movement. Dannenfelser warns listeners that if the Democrats win, it will have a generational impact,
as the left will fight to take away the core principles of our nation's founding.
up