RETURN
Some victories protecting the unborn might seem insignificant in the big picture, but they all add up to protect life. 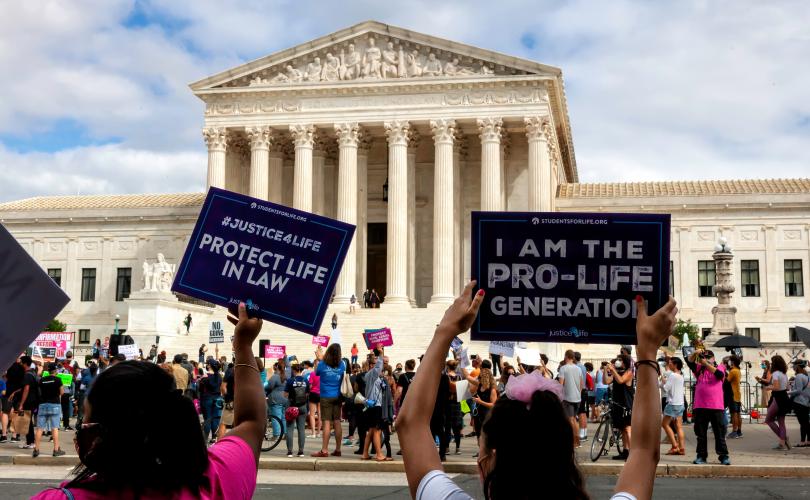 (LifeSiteNews) -- While many fixate on the possibility that the U.S. Supreme Court may soon overturn Roe v. Wade (I think they will likely weaken it further rather than doing away with it entirely), it is important for pro-lifers to remember that there are significant battles being fought worldwide. Here’s just a brief roundup of important news from the frontlines of the pro-life fight around the globe.

The mainstream media is increasingly concerned that pro-life campaigners are gaining ground in Croatia, where, according to the Irish Times, “the anti-abortion movement has become increasingly loud in public discourse.” Although the constitutional court stated that abortion must remain legal several years ago, there is growing support for other restrictions that would reduce the abortion rate, and pro-life politicians willing to champion the cause. Abortion even became a political issue in last year’s elections, with angry debates regarding when a human life begins erupting during the campaign.

In Canada, fewer women are traveling to the United States for late-term abortions due to the COVID-19 pandemic. A Global News report was intending to expose a lack of access, but actually revealed a number of things about Canada’s abortion regime. Between March 2020 and April 2021, for example, 11 Ontario women obtained late-term abortions in the United States, paid for by the province (which is a significant drop from previous years.) Late-term abortions are offered in Montreal, London, Vancouver, and Toronto. And, finally, the Trudeau government —which considers abortion a core value -- is pouring money into ensuring “travel and logistical support to individuals who have to go long distances to access abortion care.”

On my LSN podcast recently, I spoke to Pastor Mark Lee Dickson, who is spearheading the campaign for “Sanctuary Cities for the Unborn” across the United States. City councils are passing local ordinances banning abortion in their municipalities in a growing movement to push abortion out of communities. Lebanon, a city of 20,000 in southwest Ohio, will be considering a Sanctuary City declaration this coming week. Thus far, the abortion industry appears unsure of how to deal with this latest movement.

Marjorie Dannenfelser of the Susan B. Anthony List, America’s most powerful political organization, is expressing optimism about the viability of the Hyde Amendment. Dannenfelser (who joined me on my LSN podcast to discuss the post-Trump future of the pro-life movement) told reporters last week that U.S. Sen. Joe Manchin, a pro-life Democrat and key swing vote, had spoken to her at length and had committed to supporting the Hyde Amendment in the upcoming budget battle with President Joe Biden, who retracted his support for the lifesaving amendment during the election campaign. “I’m confident that we’ll not only have his vote, but his advocacy there,” Dannenfelser said.

The fight over the Hyde Amendment may not seem like a particularly high stakes battle to many, but as pro-life statistician Dr. Michael New’s research has revealed, this Amendment has actually saved millions of lives since implementation. Ensuring that taxpayer dollars are prohibited from funding abortion is key to preventing abortion access from expanding and the abortion industry from being enabled further as both Biden and Vice President Kamala Harris would like.

The pro-life movement is fighting battles large and small from the sidewalks to the Supreme Court, and lives hang in the balance wherever they are fought. For preborn children, politics is a high stakes game that could easily determine whether they live or die. Pro-life activists, lobbyists, and politicians are fighting around the world to ensure that the voiceless are represented in the halls of power. Be encouraged that wherever the Culture of Death seeks to gain a foothold, pro-life warriors are pushing back.