Between freedom and responsibility 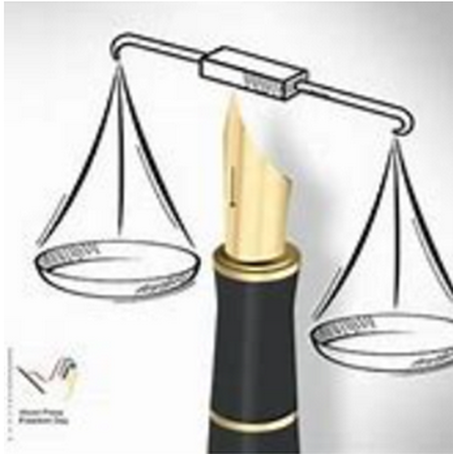 The Trudeau government has reiterated its intention to put social media in check , announcing a public consultation to gather proposals to "create a secure, inclusive and transparent digital environment." This umpteenth "conversation" of the Liberals will serve above all to channel the discontent and mistrust that will inevitably arouse his intentions to purify the air on social networks.

If re-elected, the Liberals intend to tackle head-on content that promotes terrorism, content that incites violence, hate speech, non-consensual sharing of intimate images and online sexual exploitation of children. Networks would have 24 hours to remove any illegal content from their platforms and report criminal content to the authorities. The platforms would be obliged to moderate their content more rigorously, at the risk of incurring hefty fines. The proposed regime would be based on the oversight of three organizations headed by a new Canada Digital Security Commission. No country, apart from oppressive regimes and dictatorships, has gone so far in framing digital platforms.

In recent months, the GAFAM companies (Google, Apple, Facebook, Amazon and Microsoft) have initiated an examination of conscience of varying intensity according to the players in question, in order to meet the now higher expectations of civil society and elected officials in terms of social responsibility. But what will the new order be worth if commercial companies decide for themselves, on the basis of vague and evolving criteria, the permitted content from the prohibited content? Inconsistencies in arbitrary decisions taken by platforms for commercial purposes will always be worse than state supervision, as long as legislative interventions remain circumscribed
and respectful of the right to freedom of expression.

Our columnist Pierre Trudel, member of the broadcasting law review committee, summed up wellthe vacuity of laissez-faire in terms of platform supervision. They generate value by capturing our attention for content. Whether they are disturbing, polarizing or offensive to the dignity of people matters less than the time of commitment. Those worried about the Trudeau government's liberticidal drifts should take a step back and be concerned, like Professor Trudel, about the surveillance of digital commerce companies. They consolidate their monopoly on their users' data every day. They are accountable to no one except their shareholders. "We are worried about the slightest plans by public authorities to impose rules on online activities, but we accept daily that the companies that dominate the Internet regulate our connected lives," he points out.

That being said, the public consultation could generate recommendations with potential for liberticide. Minority groups, as well as religious leaders, are likely to infuse the conversation with the prohibitions of the political correctness of the day. The government has already indicated that it wishes to align the definition of hate speech with that provided for in the Canadian Human Rights Act, also based on case law on this subject. We are witnessing strong questioning of freedom of expression by some leaders for whom reasoned criticism of Islam automatically amounts to Islamophobia. Likewise, questioning the policies of the State of Israel towards the Palestinians can quickly land you too easily an accusation of anti-Semitism in some circles.

Bring social networks into line? Yes, but on condition that you stick to behavior of a criminal nature, and not to hurtful or disturbing comments. A free and pluralist society must preserve a broad conception of freedom of expression. While banning hate speech, incitement to terrorism and sexual exploitation, it will be necessary to ensure that the new framework still encourages the freedom to criticize, to express dissent and disapproval of mainstream ideas and currents, which they are majority or minority in the public debate.
Brian Myles
LE DEVOIR
​https://www.ledevoir.com/opinion/editoriaux/622275/encadrement-du-discours-haineux-entre-liberte-et-responsabilite?utm_source=infolettre-2021-08-03&utm_medium=email&utm_campaign=infolettre-quotidienne
UP