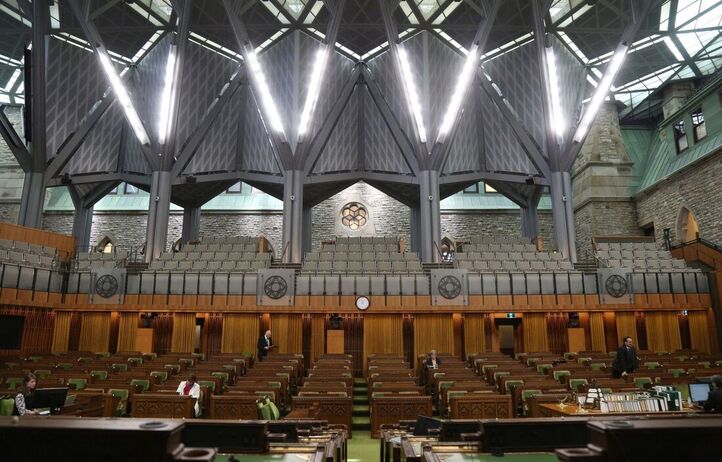 With less than 24 hours of the closure of the Commons doors, everything suggests that Bill C-10 will be among the legislative initiatives sacrificed by a government ready to go back to the polls.

After several weeks of obstruction, Bill C-10 on broadcasting was adopted in the early hours of the House of Commons on Tuesday morning. But there remains the stage of the Senate which, him, plans to suspend its work Friday, after the recess of Thursday.

On Tuesday, Conservative senators told The Canadian Press that the legislative standoff would continue in the upper chamber.

“Bill C-10 will have significant consequences for freedom of expression. The government mismanaged the legislative process in the House that it would have been necessary to withdraw the bill in order to rewrite it, ”said Don Plett, Leader of the Opposition in the Senate.

"I will do everything I can to make sure that this bill is not passed at full speed," added her colleague Pamela Wallin, who spoke on Twitter.

"The delays of C-10 are attributable in a fairly direct way to an obstinacy, a manipulation of the facts, of the truth, or of gross lies on the part of the conservatives, but we have come to the end of it", proclaimed Yves-François Blanchet during a press conference.

Then, the Bloc leader served a warning to senators: "Do not dare and do not allow yourself to go against the House of Commons and, I will allow me to say, the very clear will of Quebec. . "

"I think the government takes chances when it sends bills at the last minute like that", defended Quebec senator Claude Carignan, in an interview with The Canadian Press.

The Liberal government, for its part, has remained rather cautious about its expectations on C-10.

"We will work with senators to ensure the progress of this important bill," said Camille Gagné-Raynauld, press secretary to the Minister of Canadian Heritage, Steven Guilbeault, in a written statement.

C-10 would have subjected the web giants to the Broadcasting Act, forcing them to contribute financially to the creation and discovery of Canadian cultural content. Already, the Quebec arts community has warned that political parties would have to answer for their actions if the bill did not see the light of day before the next election campaign.

The other unsuccessful bills

Apart from C-10, the government is still hoping for the passage of C-30 which implements the budget. His wish will be granted in time by the Senate, even if the final vote in the Commons will not take place until Wednesday.

It is much less certain for C-6, which prohibits conversion therapy. It was adopted Tuesday afternoon at third reading in the Commons, despite opposition from 62 Conservative MPs and an independent MP expelled from the Conservative Party.

Also abandoned in limbo, C-12 which crystallizes Canada's obligation to embark on the path of carbon neutrality by 2050. The government was hoping for adoption in the Commons late Tuesday evening.

"Discussions are continuing as to the timeline for these bills," Senator Marc Gold's press secretary, who is the government representative in the Senate, said in an email Tuesday morning.

But on Tuesday night, it was clear that time was running out in the Senate.

“Responsibility for the legislative program rests with the government. […] When all the issues are a priority, none really is, and nothing progresses, ”lamented Senator Plett.

While the Liberal minority government struggled to the very end for these four bills, it turned out quite differently for a flagship promise of the 2019 election, translated into C-21, a bill to improve. gun control.

“This is a priority bill for me,” Public Safety Minister Bill Blair continued to say at the end of the day on Tuesday. And yet, the text has only passed the stage of first reading in the Commons.

Since its tabling on February 16, the government has only put it on the program three times for an hour of debate, each time, and always on Friday mornings, an unenviable time slot.

Minister Blair once again used the pretext of Conservative resistance to C-21 to justify what looks like abandoning a campaign promise.

The theme of the Conservatives' “obstruction” is repeated like a mantra by the Liberal troops clearly ready for an election call before the fall.