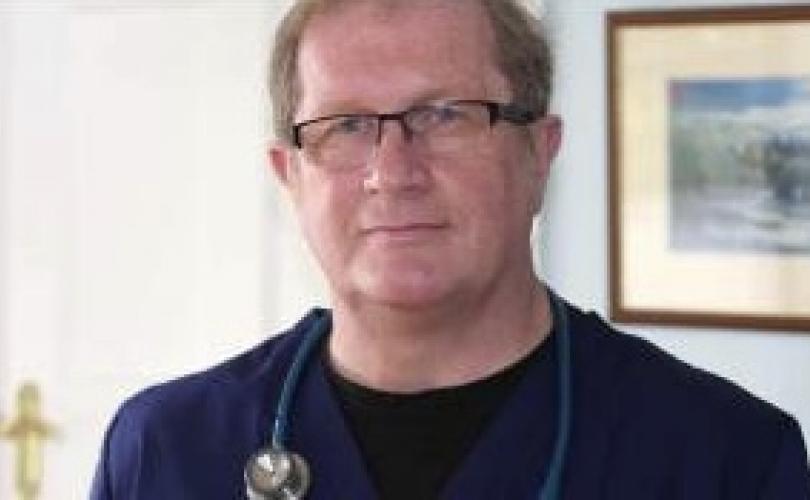 October 3, 2019 (LifeSiteNews) – A British court ruled against a doctor working for the government who was fired for refusing to use transgender pronouns, declaring in the process that a Christian understanding of sex is inherently unjust.

Dr. David Mackereth worked as a disability assessor for the UK’s Department for Work and Pensions (DWP). Last year, the department fired him after being questioned by an employment agency official about how he would handle clients who asked to be referred to as members of the opposite sex.

“What would you do if you were to assess someone who is obviously a man but asks to be referred to as ‘she’ or ‘Missis’ in the report?” Jason Owen asked according to Mackereth, specifically positing the scenario of “a man six foot tall with a beard who says he wants to be addressed as ‘she’ and ‘Mrs.’” Mackereth replied that as a Christian he would be unable to comply, for which he was fired.

Mackereth subsequently retained the Christian Legal Centre (CLC) to represent him in suing the DWP for religious discrimination. But an employment tribunal ruled that the DWP was within its rights to terminate him, the BBC reported.

“Belief in Genesis 1:27, lack of belief in transgenderism and conscientious objection to transgenderism in our judgment are incompatible with human dignity and conflict with the fundamental rights of others, specifically here, transgender individuals,” the ruling declared.

"Without intellectual and moral integrity, medicine cannot function and my 30 years as a doctor are now considered irrelevant compared to the risk that someone else might be offended," Mackereth said in response to the ruling.
“This is an astonishing judgment and one that if upheld will have seismic consequences not just for the NHS and for Christians but anyone in the workplace who is prepared to believe and say that we are created male and female,” CLC chief executive Andrea Williams responded in a press release.

“It is deeply disturbing that this is the first time in the history of English law that a judge has ruled that free citizens must engage in compelled speech. Here Judge Perry has ruled that Christianity is not protected by the Equality Act or the ECHR, unless it is a version of Christianity which recognises transgenderism and rejects a belief in Genesis 1:27.”
A DWP spokeswoman claimed the department merely “acted to protect claimants from behaviour that would have failed to treat them with dignity,” and expects “all assessors to approach their work sensitively." But CLC argues that the ruling will have a far-reaching impact on British society.
“The ruling will have profound ramifications for Christian professionals and all medical professionals, as it dictates the language that professionals must use in the workplace,” CLC warned. “It also excludes foundational Christian beliefs from the protection of human rights and anti-discrimination law. The ruling itself puts a belief in the Bible on a par with the racist and neo-Nazi ideologies which have been held to be 'not worthy of respect in democratic society' in earlier judicial decisions.”
According to modern biology, sex is rooted in an individual’s chromosomes and reflected by hundreds of genetic characteristics. CLC explains that Genesis 1:27 establishes that God created both sexes in His image, and therefore men and women both “have great value and dignity. The teaching is foundational to Judeo-Christian thought and was highly influential in political history as concepts of tolerance and human rights were first developed.”

Mackereth says he feels obligated to appeal the ruling, because if it stands, “then freedom of speech has died in this country,
with serious ramifications for the practise of medicine in the UK."
up
Thank you for your visit