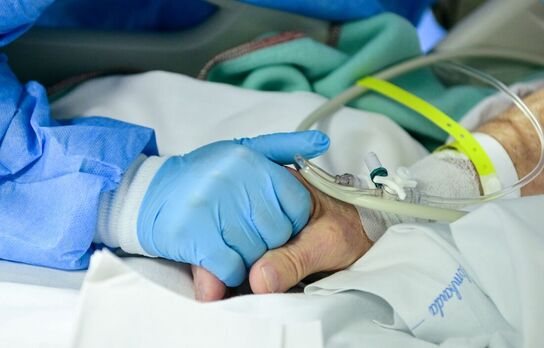 Photo: Piero Cruciatti Agence France-Presse The bill removes the provision that only those whose natural death is "reasonably foreseeable" have the right to request medical assistance in dying.
The Barreau du Québec is convinced that the bill that should correct the federal law on medical assistance in dying will, in turn,
be deemed unconstitutional. It's just a matter of time ".

The Barreau du Québec has chosen to delegate, as a witness to the Senate committee studying C-7, Me Jean-Pierre Ménard, the lawyer who pleaded, and won, the case of Jean Truchon and Nicole Gladu.

Tuesday morning, Me Ménard repeated, once again, that in his opinion, C-7 does not correct the law as required by the Truchon judgment.

“The Barreau du Québec finds [that] unacceptable […] because we are creating two categories of citizens like that.
[…] It was not the spirit of the Truchon judgment, ”argued Me Ménard.

"It is only a matter of time before the criterion of the advanced and irreversible decline in capacity is also considered unconstitutional by our courts," added her colleague Marie-Nancy Paquet, on behalf of the Barreau du Québec.

Parliamentarians must pass C-7 before February 26, the date on which the Truchon judgment will take effect.

Senators are already signaling their desire to amend the text adopted by the Commons.

On Monday, Federal Justice Minister David Lametti pleaded before the Senate committee that the bill, if amended, be sent quickly to MPs so that the exercise can be completed before the deadline.