RETURN
Making matters more complicated is that beginning in March 2023, people with mental illness will be able to commit suicide with the help of a doctor, paid for by Canadian tax dollars 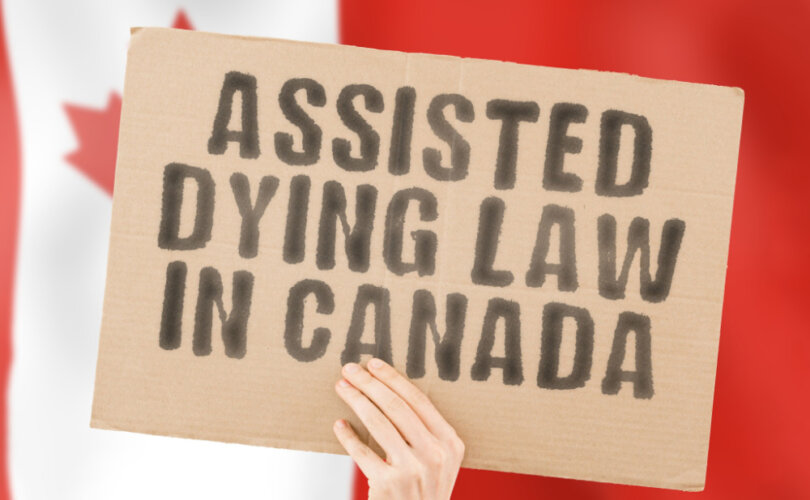 (LifeSiteNews) – The National Post has published an article noting the lack of “willing” doctors who will engage in the medical suicide regime
that has taken over the Canadian health care system.

In Canada, the term euthanasia has been replaced by a saccharin acronym. Instead of calling it what it is – euthanasia, which is the killing of sickly people – it is called MAID, which stands for medical assistance in dying.

It is a fitting acronym, however, because the docs who go around offing the sick and elderly are quite literally handmaids of Satan.

However, it seems there are not enough Grim Reapers to keep up with the demand of Canadians eager to go on to their eternal destination like dogs in a veterinary clinic.

The Post’s article referred to a report authored by various health professionals about the state of medical suicide in Canada, and it was written that “moral hazards” are one of the main reasons not enough docs will sign up for the task.

The “moral hazards” are largely due to recent developments in the MAID framework that expand
the endeavor to include a new “track” of patients.

According to the old framework, there were only what are called “Track 1” patients, which is to say sick
people who aren’t dead but will likely die from being sick.

However, last year’s adoption of Bill C-7 allows for “Track 2” patients, which means that sick people who aren’t facing “imminent” and “natural death” can opt out of life with the help of a doctor.

Apparently, this was a “bridge too far” even for suicide doctors.

This is depressingMaking matters more complicated is that beginning in March 2023, people with mental illness will be able to commit suicide with the help of a doctor, paid for by Canadian tax dollars.

Let the insanity of that sink in for a second: People who are depressed will be legally helped to commit suicide because they are depressed.

What sort of messaging does this send to our children?

In 2016, I wrote an article that was published on a tiny blog, which no longer exists, wherein I expressed that eventually “our children will come to us and ask when it is their turn to die.” And, sadly, it turns out I was right.

The article states, “A joint parliamentary committee is studying whether MAID criteria should be further expanded still, to include mature minors and advance requests.”

A “mature minor” is legally a child. Now, I am as game as anyone in believing that our infantile age of immature “young adults” should man up a bit and get their house in order. However, that does not mean that teens should be allowed to off themselves at the hands of a doctor.

I can’t tell you the number of hours I spent in assemblies and training sessions as a high school teacher where we learned about the dangers of self-harm in teens, and suicide in minors, and how to combat such tragedies. Well, what will we say now? How can we tell the youth that it is wrong to kill yourself when it is called “health care?”

Housing crisis suicideThe article concludes with a detail from the report that outlines reasons why suicide requests are through the roof: “Now, concerns are growing that social determinants of health — inadequate housing, food, whether someone has the money to pay for the medication that’s keeping them comfortable — are driving MAID requests.”

Now, to be fair, I imagine that housing difficulties mentioned in this context are likely related to problems with severely sick and elderly people finding a place to live with adequate care, which is of course a tragedy.

But the fact that it is even remotely considerable in a society to euthanize such poor souls is the real issue.

Canadians live in what amounts to one of the most advanced and wealthy civilizations in human history, but our best shot at helping the would-be homeless elderly and infirm is to give them a shot in the arm like a convicted murderer receiving the death penalty?

Well, for those worried that there won’t be enough agents of death to fill this void of human dignity, one of the authors said that “webinars, networking and training modules” are being offered to help docs become “confident to wade into this space.”

I wonder which layer in Dante’s Inferno that “space” is referring to.

LIFE SITE
Salle Kennedy
Canada has a shortage of Grim Reapers to meet demand for assisted suicide - LifeSite (www-lifesitenews-com.translate.goog)
UP