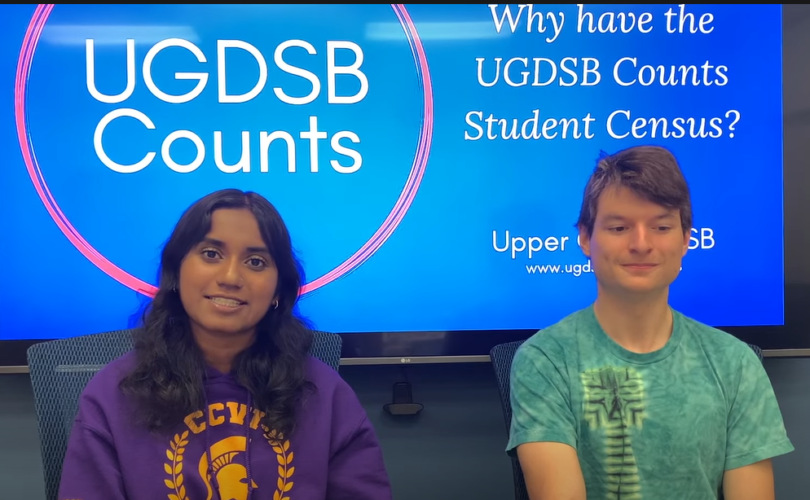 GUELPH, Ontario (LifeSiteNews) — A Canadian school board is conducting a survey that questions young children about their sexuality.

The Upper Grand District School Board in Guelph started asking children as young as age 11 on September 19 to divulge and explain their sexual orientation and gender identity to school staff in a non-anonymous survey.
The Guelph school board claims that the voluntary survey is necessary in order to gain “the tools to identify and name specific areas where bias and oppression are creating barriers to our racialized and marginalized students.” The board also said it is “only through identifying and naming areas of oppression” that the district will “be able to make systemic changes that will create more equitable outcomes for all our students.”

The survey, which also includes questions on race, religion, and disabilities, encompasses kindergarten through Grade 12, although the questions on sexual orientation and gender identity are limited to grades 7-12. For children not yet in Grade 9, the parent or guardian will complete the survey on behalf of their child. Students in Grade 9 and up will complete the survey themselves in their classrooms.

The survey asks children to choose their sexual orientation from the following list: straight, lesbian, gay, bisexual, two-spirit, queer, questioning, asexual or pansexual. Children are also asked about their gender identity, listing “Boy/man, gender fluid, gender variant, girl/woman, non-binary, questioning, trans boy or man, trans girl or woman, or two-spirit” as options. If a sexual orientation or gender identity is not listed, children have the option to describe it themselves.

This survey has sparked outrage on Twitter from people questioning the need for the questions to be asked to young children.

“I think I would go to police and ask for an investigation on the entire board as to why an adult is asking my child about sexuality,” one person tweeted. “I think charges and loss of employment would be in order.” 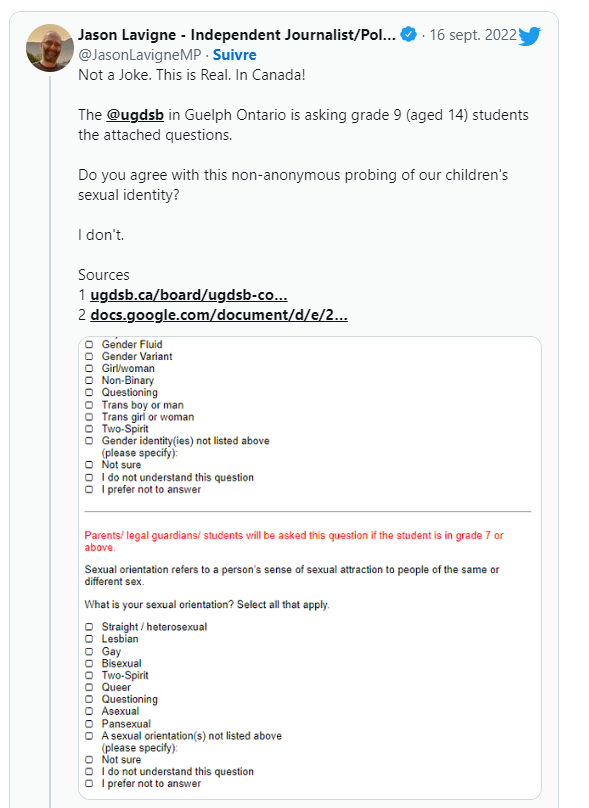