Cannabis edible products:
a very limited offer at the start 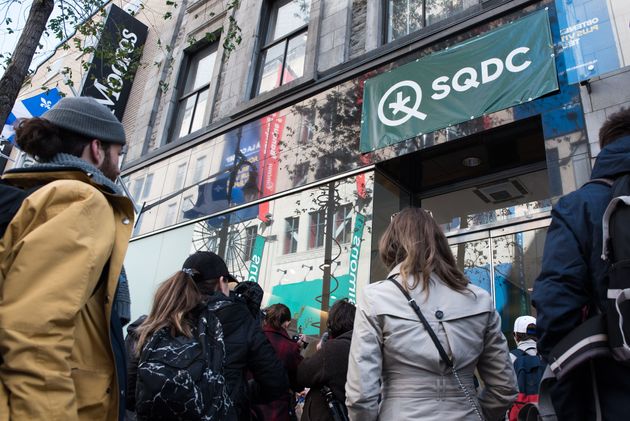 Beverages such as teas, various types of carbonated water and non-alcoholic beers will be available.
MONTREAL - After turning the page on a start marked by misfires and as it accelerates the deployment of its network of branches, the Quebec Cannabis Society (SQDC) must now prepare for the arrival of edible products based on cannabis , which is "a little fast",
in the opinion of its president and CEO, Jean-François Bergeron.

According to him, their introduction is the main challenge of the state-owned corporation, while it is now one year to the day,
Thursday, that recreational marijuana use has been legalized in Canada.

"Frankly, we could have given ourselves enough time to finish the work of the first phase and not only in Quebec," Bergeron said in an interview with La Presse canadienne. We could have taken the time to better absorb the legalization before having to introduce other products, which obviously add a layer of complexity, both in terms of logistics and quality control. "

It is around mid-December that consumers will have access to an expanded offer. But in Quebec, the Legault government has decided to ban the sale of chocolates, jujubes and other confectionery products that contain cannabis.
According to Mr. Bergeron, the SQDC's offer should be "very limited at the outset" and should result, in particular, in beverages such as teas,
various types of carbonated water and non-alcoholic beers.

"I see it not only favorably, but I think it's the right way to introduce new products that producers have trouble producing," said the SQDC leader,
when invited to comment on the Legault government's approach to edible products.

In his opinion, Quebec may adopt its regulations to allow the sale of new edible cannabis products if necessary.

For solid products, the amount of tetrahydrocannabinol (THC) could not be greater than 5 milligrams (mg) per unit and 10 mg per package,
while the limit would be 5 mg per package for liquids.

The SQDC, whose beginnings have been marked by empty shelves and stockouts due to supply problems, should not be facing similar turbulence with edible products because of the narrower supply, according to M Bergeron.
"For me, it's not a race," he said. We will introduce the products gradually, as the producers show us that they are able to deliver the goods. "

The Crown corporation, which posted a profit of $ 1.4 million on sales of $ 45.1 million in the first quarter ended June 22, would like to be able to take up to 35 percent of the black market - compared to about 18 per cent today - by the end of its fiscal year, March 31.

Seven day-a-week boutiques, constant supply and a network of branches, expected to grow from 21 to 43 locations, should help it reach its goal.
While some are worried that the black market will continue to hold a market share of at least 60 percent,
Bergeron believes that patience and time must be allowed to change the behavior of the public. consumers.

"I think thinking about going to the black market in a year or two was a bit of a misunderstanding of the market," said the SQDC leader. We must allow ourselves time to deploy the network and convince consumers. When we discover what the SDCQ is today, what it should have been from day one, I do not think we are going back to the black market. "Over the next two years, Mr. Bergeron would like to keep up the pace with the addition of about 30 branches per fiscal year, which would allow the SQDC to build on a network of one hundred points of sale, in addition to his online store.

In the first quarter, the SQDC obtained an average selling price, all taxes included, of $ 8.25 per gram in branches and $ 8.46 online.
According to Statistics Canada's most recent data, nationally, the average price of legal marijuana fell 3.94 per cent in the third quarter to $ 10.23 per gram. This is its first price drop since the legalization of cannabis last October. However, the average price of illegal cannabis continued to decline and fell to $ 5.59 per gram in the third quarter, a decrease of 5.9 per cent.

Mr. Bergeron pointed out that the average price obtained by the SQDC was for all products offered,
which is not necessarily the case for the average black market.

The SDQC in numbers:- More than 300 employees
- A network of 21 branches
- Sales of 27 tons of cannabis for about a year