Catholic Bishop Rebukes Nancy Pelosi: Yes There is Free Will, “Give It to Unborn Babies Too” 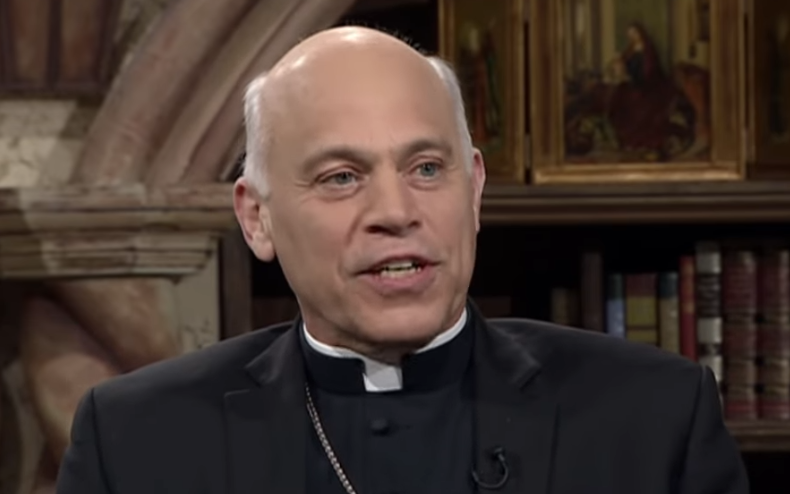 Ahead of a Congressional vote Friday on a radical pro-abortion bill, Catholic Archbishop Salvatore Cordileone urged House Speaker Nancy Pelosi and other lawmakers to use their “free will” to help unborn babies, not kill them.

“Representatives in Congress: you have free will. Use it today to vote no to legalizing the killing of babies even weeks from birth. You have a choice. Give it to unborn babies, too,” Cordileone wrote on Twitter.

His statement is the latest in a back-and-forth with Pelosi about the deceptively named Women’s Health Protection Act, a radical pro-abortion bill that would erase basically all restrictions on abortion and prevent states from enacting even modest protections for unborn babies.

Pelosi professes to be Catholic and lives in Cordileone’s diocese, but she supports the bill.

Earlier in the week, Cordileone blasted the legislation as “child sacrifice” and chastised Catholic politicians who support it, saying, the bill is what “one would expect from a devout Satanist, not a devout Catholic.”

Asked about his comments Thursday, Pelosi laughed, responding, “The archbishop of the city, that area, of San Francisco and I have a disagreement about who should decide this.”

“I believe that God has given us a free will to honor our responsibilities,” she continued, according to a video that EWTN host Catherine Hadro shared on Twitter.

The U.S. Conference of Catholic Bishops oppose the bill and have been calling for prayer and fasting for its defeat. They said it would override all “meaningful” limits on late-term abortions and allow viable unborn babies to be aborted for basically any reason up to birth. It would force taxpayers to pay for abortions, too.

“Any reasonable person with a basic sense of morality and inkling of decency cannot but shudder in horror at such a heinous evil being codified in law,” Cordileone said Tuesday.

“To Catholic politicians in particular, I implore you to listen to the words of Pope Francis who just last weekend, during his flight back to Rome from Slovakia, said: ‘Abortion is more than a problem. Abortion is homicide…. It is a human life, period. And this human life must be respected,’” the archbishop continued.

In the same speech, Pope Francis compared aborting an unborn baby to hiring a hitman to murder someone.

The bill may pass the Democrat-controlled House, but it likely will be blocked in the Senate.

If passed, the bill would:


Polls consistently show strong opposition to the measures in the bill, including taxpayer-funded abortions. A new AP-NORC Center for Public Affairs Research poll found that 65 percent of Americans think most or all abortions should be illegal in the second-trimester and 80 percent think most or all should be illegal in the third trimester.
LIFENEWS  |  Michée Bilger
https://www-lifenews-com.translate.goog/2021/09/24/catholic-bishop-rebukes-nancy-pelosi-yes-there-is-free-will-give-it-to-unborn-babies-too/?_x_tr_sl=auto&_x_tr_tl=fr&_x_tr_hl=fr&_x_tr_pto=nui,op
UP