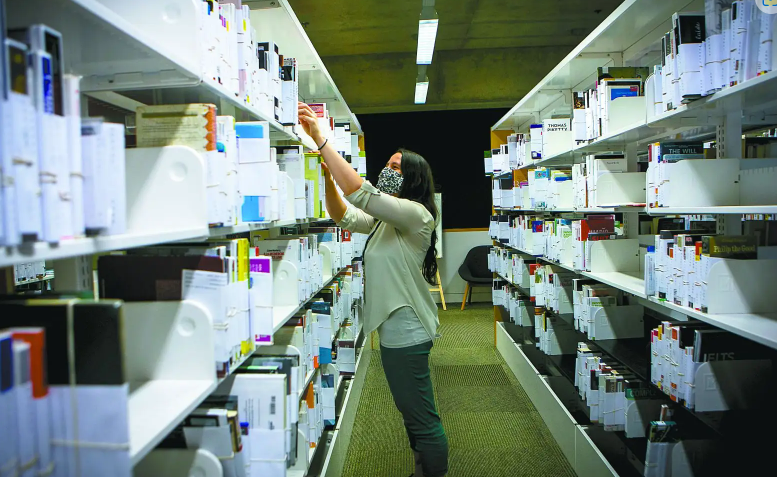 Data from the Canadian Federation of Library Associations (CFLA) for the year 2021 obtained by Le Devoir shows that only one of the 74 requests to remove works from public institutions from coast to coast to coast came from Quebec.

Here, the trend favours a positive approach to offer more inclusive books that respectfully address topics on Indigenous, LGBTQ+ or ethnocultural communities, including in children's books. The theme of diversity for young audiences will be discussed on Tuesday, in Montreal, at the Assises du livre jeunesse of the Association des libraires du Québec.

The only complaint identified in Quebec by the FCAB in 2021 concerns essays by French author Stéphane Bourgoin, a specialist in serial killers, who admitted to having published false information. His publications have been kept in the unidentified collection.

Similarly, of the other 73 Canadian "challenges", 41 were rejected outright after examination of the complaint, 10 resulted in no official decision and only twenty were followed by action, including (but rarely) by the removal of the shelves. Twelve complaints concerned the representation of Aboriginal people, five others the treatment of sexuality for a target audience considered too young.

There is no measure of comparison here, either in scale or strength, with what is happening in the United States.

— Eve LagacéIn short, Canada almost never censors. The complaints identified by the CFLA since 2006 almost always come from individuals and most result in the status quo after a professional assessment.

By comparison, the free speech organization Pen America recently revealed that in nine months, starting in September 2021, more than 1600 books have been removed from public or school libraries in the United States. The conservative right (the most active with two out of three book bans) particularly attacks creations deemed woke, while the diversitarian left attacks works that are not enough. So goes the new politically instrumentalized cultural war there.

Diversity Montreal"There is no measure of comparison here, neither in scale nor in vigour, with what is happening in the United States," says Eve Lagacé, executive director of the Association des bibliothèques publiques du Québec. It refers to the pan-Canadian study for concrete statistics. She gives examples of manga that can sometimes shock or criticism because Mein Kampf is on the shelf.

"We have tools to develop our collections," says Mme Lagacé. It is possible that something has escaped us. If a work containing pornography, hateful or racist propaganda, extreme violence or defamatory language is discovered, the work may be removed. But it's very, very rare. »

Hitler's work can remain on the shelves all the more as it now exists in critical academic publishing. Mme Lagacé also confirms the particular attention paid here to Indigenous issues or representations of the LGBTQ+ community.

The City of Montreal's libraries are also observing this trend. Instead of requests for censorship, the network is seeing an increase in suggestions to include in its proposals more authors from diversity or Indigenous backgrounds — and stories that better address these topics.

"A large proportion of our users come from abroad, or their parents are," says Catherine Racicot, Information Resources Advisor at the Direction des bibliothèques de Montréal. They are looking for works of diversity. Or they are calling for children's stories that reflect the new single-parent or same-sex families. We are very much asked to do so. »

A public library provides different types of works developing different points of view without
necessarily endorsing the statements contained in those works.

— Catherine RacicotLibrarian by training, Mme Racicot supports his colleagues and the managers of the city's 45 libraries, particularly in services to Indigenous people and on issues related to book mediation. She points out that authors and publishing
houses must also adapt to meet new diversity demands.

"Withdrawal requests", there are almost none, explains Mme Racicot. They can be done with the institutions or the management, boroughs or the ombudsman of the city. The test case causes a user to express a reservation about a particular work. Librarians then explain the principles that justify the development of a collection and the maintenance of the work in this lot.

Freedom of choiceMme Racicot worked for five years at the Marie-Uguay Library. She recalls receiving two requests from parents for children's books. Withdrawal requests were dropped after the issue was discussed. In fact, it can only cite a more delicate case concerning the diaries of the French writer Gabriel Matzneff defending paedophile practices. The network formed a committee, temporarily withdrew the works and finally decided to put them back into circulation, again so that readers could form their own opinion.

Professionals refer to two regulations to support the retention of works on the shelves: the Declaration on Intellectual Freedom, developed by the Canadian Federation of Library Associations, and the Charter of Readers' Rights adopted
in 1976 by various Quebec organizations in the field.

"The principles establish freedom of opinion, freedom of choice," explains Councillor Catherine Racicot. The aim is to recall that a public library provides different types of works developing different points of view without necessarily endorsing the words contained in these works and that the reader's abilities to form their own opinion must be trusted. »

However, Montreal institutions have begun to place warnings in the Répertoire devedettes-matière forged in the past to classify certain works ("American Indian", for example, present 828 times) that are no longer considered appropriate. This decolonization of the thesaurus was done in collaboration with an advisory committee set up more than a year ago and leads to other
more positive practices, such as the development of indigenous authors.

TRANS AND INDIGENOUSWhat works shock to the point that users ask for them to be removed from libraries? The following
are examples from the Canadian Federation of Library Associations' 2021 list.

The most controversial book in Canada is Irreversible Damage: The Transgender Craze Seducing Our Daughters (2020), by journalist Abigail Shrier. The book, which has been decried as transphobic by the trans community, has received 19 complaints in a single year,
a record since the annual list appeared.

All other books (except one) are covered only once. A few French-language books are among the works pinned in Ontario libraries, including at least four for alleged racism: Le chat Peau d'cowboy, by Stéphanie Dunand-Pallaz; The rhino horn, by Franquin; The Wolf Who Didn't Want to Walk anymore by Orianne Lallemand and The Unicorn of the Cabin by Éric Battut.

The anthology also includes criticisms of cultural appropriation in several children's books. This reproach is made to the albums in French Le petit livre des premiers fois, by Stéphane Daniel; Girls can do it... also!, by Sophie Gurion; and My Uncle This Wacky, by Yvonne Jagtenberg.

In short, the list reinforces the impression that the diversitarian movement dominates in Canada in attacks on works that would denigrate (according to this vision) Indigenous peoples and racialized or gender minorities. This current of the new left is also found in the United States, but in a minority since, there, it is mainly the works deemed too woke that become the target of the conservative right.
LE DEVOIR À
Stéphane Baillargeon
What does literary censorship look like in Canada? | The Duty (ledevoir.com)
UP