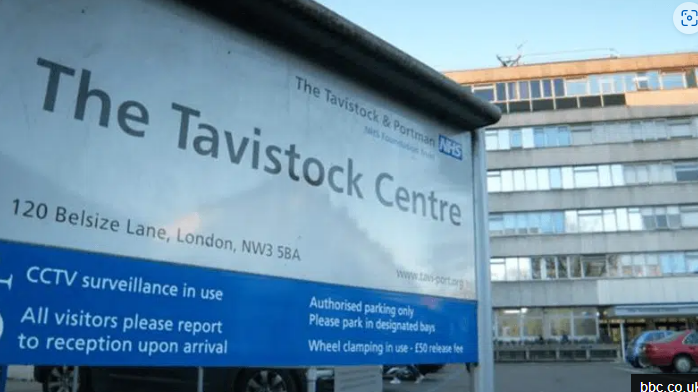 NHS England’s gender identity clinic for children is expected to face legal action from at least 1,000 families, after their children were rushed onto a medical pathway with ‘life-changing effects’.

Law firm Pogust Goodhead is pursuing group legal action against the Tavistock and Portman NHS Foundation Trust’s Gender Identity Development Service (GIDS), and is set to submit papers to the High Court within the next six months.

The clinic will be sued for failing in its duty of care by pursuing an “unquestioning, affirmative approach” towards gender-confused children and prescribing experimental puberty-blocking drugs.

MisdiagnosedTom Goodhead, Managing Partner of Pogust Goodhead, told The Times he expects at least 1,000 clients to join the case.

He said: “Children and young adolescents were rushed into treatment without the appropriate therapy and involvement of the right clinicians, meaning that they were misdiagnosed and started on a treatment pathway that was not right for them.

“These children have suffered life-changing and, in some cases, irreversible effects of the treatment they received”.

‘Inevitable’Marcus Evans, who resigned as Governor of the Trust in 2019, tweeted: “I always knew this day would come as legal action for damages would be the inevitable consequence of an experimental treatment that lacks an evidence base.” 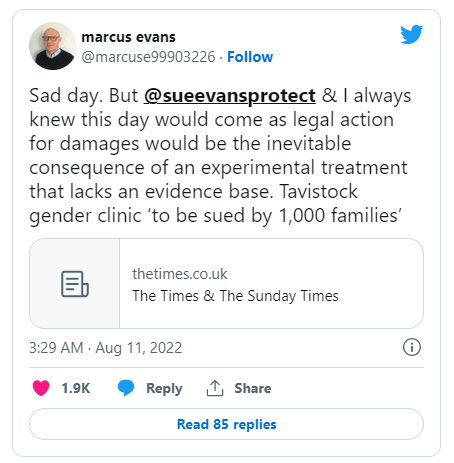 A spokesperson for GIDS claimed the clinic “is committed to patient safety”, with “no expectation of what might be the right pathway for them”.
Bernard Lane, a journalist on transgenderism, said similar clinics from around the world are likely to closely watch the result of the legal action.

UnsafeIt was recently announced that GIDS will close next spring, after the independent Cass Review’s interim report found that it was not a “safe or viable long-term option”.

As at Tavistock, concerns have been raised about the use of puberty-blocking drugs and ‘sex swap’ surgeries by vulnerable youngsters.