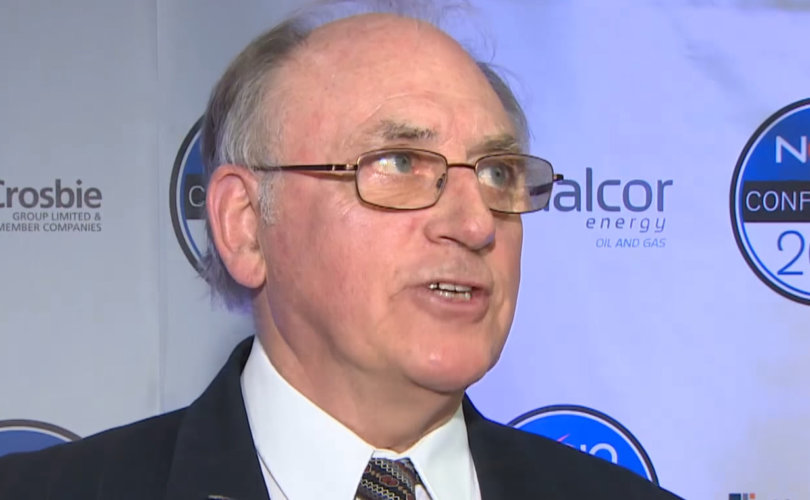 (LifeSiteNews) –Brian Peckford, the last living politician who helped create Canada’s Charter of Rights and Freedoms, put his support behind a proposed law by Alberta leadership candidate Danielle Smith that would target federal government overreach,
including the imposition of child vaccine mandates.

Peckford wrote in a recent blog that Smith’s “Sovereignty Act” is like a “bargaining chip” the province can use to ensure Prime Minister Justin Trudeau’s federal government cannot impose on Albertans new draconian mandates.

“Alberta feels particularly aggrieved in that its oil and gas resources, which are under the Province, have resulted in huge revenues to the Province and there has over time been an imbalance in how much Alberta pays into the Federal Government
and how much it gets back,” Peckford wrote.

“Danielle Smith’ s proposed Sovereignty Act I see as the manifestation of this frustration.”

Peckford continued, saying that short of “invoking the Clarity Act involving a process of separation from Canada,” Alberta must put on its “bargaining shoes and with the other Provinces and the Federal Government come up with a new more flexible agreement for sharing that reflects ever changing economic and fiscal realities across the country.”

“I hope the Sovereignty Act action is that first bargaining chip,” Peckford wrote.

Peckford also served as the former premier for the Canadian province of Newfoundland.

He is currently fighting Trudeau’s travel ban against the vaccine free in federal court with the help of the Justice Centre for Constitutional Freedoms (JCCF). The COVID jab travel mandate was “suspended” on June 20.

Peckford also put his support behind the Freedom Convoy as well earlier in the year.

In his blog, he wrote that Canada’s federal government “has gained over time huge bargaining leverage when it comes to the equalization formula and better balancing the the revenues and expenses of have and have not provinces and
what is included to determine whether you receive equalization or not.”


“Over many decades, this has not been resolved and Albertans are more and more frustrated that some recognition is not given to them in how much money has been provided by then to indirectly finance even in some cases richer social programs
to have not Provinces than they have themselves.”

Smith is running on a platform of medical freedom, no more lockdowns, and no more vaccine mandates.

She has promised that if she becomes premier she will introduce the Alberta Sovereignty Act to deal with federal overreach, which she said will help make Alberta as independent from Ottawa as possible while staying in the Confederation.

Her Sovereignty Act is a “proposed law that would affirm the authority of the Provincial Legislature to refuse provincial enforcement of specific federal laws or policies that violate the jurisdictional rights of Alberta under Sections 92-95
of the Constitution or that breaches the Charter Rights of Albertans.”

Smith noted that “Invoking the Alberta Sovereignty Act via Special Motion against a specific Federal law” could happen “if Justin Trudeau announces tomorrow that under authority of the Federal Emergencies Act, all school-aged children must be vaccinated for COVID.”

She also noted that the Sovereignty Act could be used if Trudeau again utilizes the Emergencies
Act “to jail & freeze accounts of peaceful protesters.”

Smith said the legislation, should it ever be passed, would also fight federal vaccine mandates as well
as any federal attacks on Alberta’s oil and gas sector.

Travis Toews, Kenney’s preferred leadership candidate, has also blasted Smith’s Sovereignty Act as well,
along with most of the other candidates with the exception of Todd Loewen.

However, Smith is currently considered the frontrunner in the race to lead Alberta’s governing United Conservative Party (UCP). The party is set to elect its new leader to replace Kenney in October after he announced he would step down due to
poor ratings after imposing vaccine mandates and hard lockdowns.

Recently, Alberta Lieutenant Governor Salma Lakhani only hours before meeting with Kenney said she might try and stop Smith.

Lakhani is the King’s representative for the province whom Smith called nothing more than a “figurehead” whose job it is to rubber stamp laws.
During a leadership debate earlier in the month, Smith, along with the other leadership frontrunners Toews and Brian Jean, made statements promoting adoption over abortion.