return
In a statement, the Interior Ministry said the LGBTQ-friendly events "violate the customs and traditions of our society and contradict the principles of the Abrahamic religions." 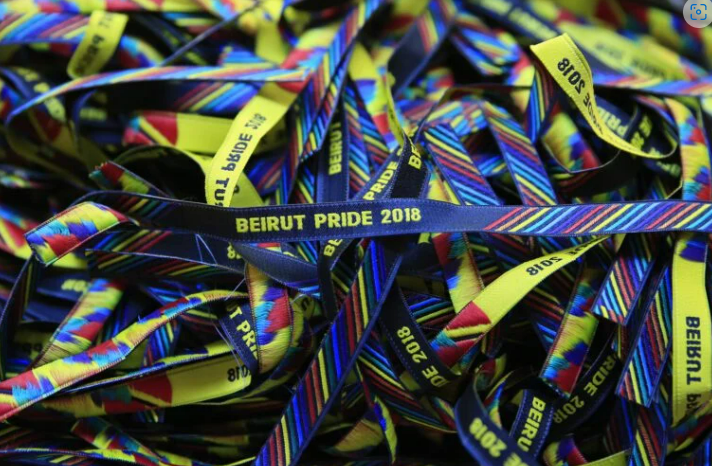 BEIRUT (AP) — Nour has never felt completely safe as a queer person in Lebanon. But in recent years, the 25-year-old pharmacist had begun to let his guard down, meet friends in LGBTQ spaces in Beirut and even perform at drag shows.

He now chooses to stay at home, fearing more than ever for his safety after a wave of anti-LGBTQ hate speech that followed last month's decision by Lebanon's Interior Ministry to end any event aimed at promoting "sexual perversion."

The setback is part of a broader crackdown on marginalized groups and freedoms that activists say aims to divert public attention from Lebanon's spiraling economic and financial crisis, which has plunged more than three-quarters of the population into poverty.
Millions of people in this once middle-income country continue to struggle with soaring inflation, widespread power outages and drug shortages, while tens of thousands have left the country in search of opportunities abroad.

"It was really like they just wanted to distract the masses from everything that was going on and focus on this hot topic," Nour, who asked to use a pseudonym because he didn't come out to his family, told The Associated Press.

Security forces have since cracked down on several events aimed at the LGBTQ community, forcing their organizers to shut them down. They also visited the offices of Helem, the country's first registered LGBTQ advocacy group, asking for their registration papers and other documents.

The move follows strong complaints from religious leaders who publicly described them as ungodly
and said they did not conform to Lebanese customs.

In a June 24 statement, the Interior Ministry said the LGBTQ-friendly events "violate the customs and traditions of our society and contradict the principles of Abrahamic religions."

Helem's executive director, Tarek Zeidan, blasted the statement, saying it "pits the Lebanese against each other."

"It was very clear that this was a deliberate decision to fabricate a moral panic in order to divert attention from the general political and economic disaster that is Lebanon today," Zeidan said.

Since late 2019, Lebanon has been reeling from a crippling economic crisis that, according to the World Bank, has been one of the worst in the world since the mid-1800s. The Lebanese pound has lost more than 90% of its value against the dollar, while a large part of the population is struggling to cope with soaring prices for diesel, gasoline, medicine and food.

Citizens and experts blame decades of financial mismanagement and corruption at the hands of Lebanon's ruling elite rooted in the crisis.
Human rights organizations say the recent setback for the LGBTQ community is part of a broader crackdown on civil rights and freedoms, coupled with the economic crisis.

Last month, comedian and rights activist Shaden Fakih appeared before the military court, accused of damaging the reputation and insulting the country's internal security forces during a prank during the country's COVID-19 lockdown, in which she asked permission to leave the house in order to buy sanitary napkins.

And earlier this month, the Lebanese government announced it was in talks with Syria on a plan to forcibly return refugees for more than a million Syrians to the country.

Some activists and human rights defenders say the Lebanese authorities are trying to find scapegoats as they block investigations into a host of financial crimes, the 2020 Beirut port explosion and the surge in cases of domestic violence and sexual assault.

"The state seems totally reluctant or unable to crack down on serious rights violations like corruption, torture, hate speech, but on the other hand, it is acting very quickly under pressure from religious and other powerful institutions in the country to suppress rights. marginalized groups," Aya Majzoub, Lebanon researcher at Human Rights Watch, told the AP.

In some cases, locals responded to religious leaders by taking matters into their own hands.

In the predominantly Christian neighborhood of Ashrafieh, supporters dubbed the Soldiers of God — a protest group that defends socially conservative values and laws — demolished a billboard promoting Pride Month events. Elsewhere, residents of the Sunni neighborhood of Tarik Jdideh have rallied to condemn the events of the LGBTQ community and their supporters, calling them "infiltration" into their community.

Reverend Abdo Abu Kassm, director of the Catholic Information Center, a media arm of the Maronite Church, has sympathized with the angry protesters, although he opposes all violence and intimidation.

"You have your freedom at home, but you can't promote it in the community because it's actually unnatural. The law says so and almost all Lebanese comply with it," Abu Kassm said, adding that the angry protests were a reaction. "Our society is not ready for that."

Despite a constant fight against discrimination and abuse, Lebanon's LGBTQ community is the most dynamic and open in the Arab world and has made significant progress in recent years. While homosexuality is still considered a crime, the country has at least half a dozen active LGBTQ advocacy groups, as well as bars and clubs that openly address the community.

Now, Nour and his friends avoid meeting in their usual places, fearing roundups and harassment.

"We have a WhatsApp group, so every time someone goes out, we just let others know and when we think we're back home," he explained.

As Lebanon's dire economic situation continues to deteriorate, activists fear that the authorities will continue to target marginalized groups to divert attention from the real problems.

"We are witnessing the beginnings of a full-scale attack, as this ruling regime is beginning to fear losing control," Zeidan said. "What we say loud and clear is that they come for all of us. They first came to pick up the refugees, and no one cared.
Then they came to get the and no one cared either.