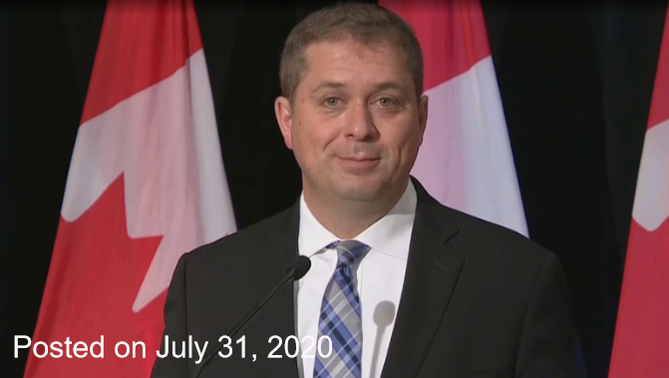 "Justin Trudeau does not deserve to be prime minister of this country," said Andrew Scheer this morning.

The leader of the official opposition, however, ruled out the possibility of bringing down
the government and calling an election in the short term.

"We are not talking about an election, but a choice that Liberal MPs have," Scheer said. They can send a message to Canadians and show them that they don't accept what's going on. ”

The Conservatives are also calling for the resignation of Finance Minister Bill Morneau.

While the Bloc Québécois is calling on Justin Trudeau to give way to Deputy Prime Minister Chrystia Freeland, Scheer refused to name a Liberal elected official in particular. He noted that Ms. Freeland supports Justin Trudeau.

Andrew Scheer explained that his priority right now is to shed light on the WE Charity case. The government has been in turmoil since it signed a nearly $ 1 billion deal with this organization with which Justin Trudeau and Bill Morneau have family ties.
up