return
Religious freedom is barely even a concept in communist China, and now it's under fresh assault from the anti-Christian regime.

Chinese American Pastor Bob Fu of the group China Aid, which provides legal aid to Christians in the People's Republic, recently tweeted, "New Cultural Revolution" starts in #CCPChina this notice to students in a 1st Grade class demanding all parents and teachers to hunt all "religious books, antagonistic books & overseas books including books & videos that are copied/duplicated &translated".
Everyone is mandated!" 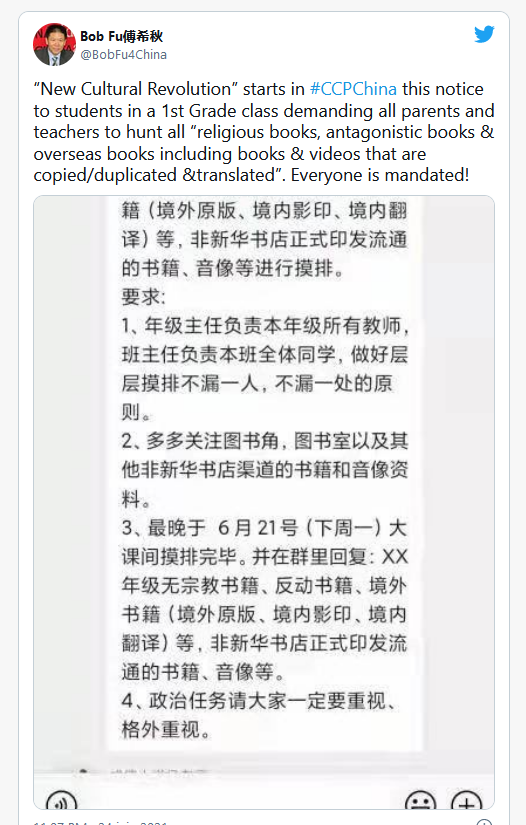 "CCP controlled 'three-self church' sings 'Without the Communist Party, There Would Be No New China'. The choir waves Communist Party flags on the pulpit. #Fakechurch watch the video clip here: https://youtu.be/AOVe7tddeqk via @YouTube The Lord is our Way, Truth and Life. john14:6," he tweeted. 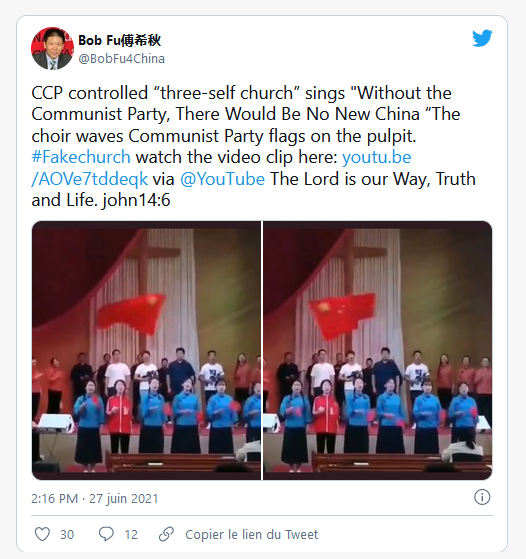 CBN News Senior International Correspondent Gary Lane says this is not only just another effort by the Chinese Communist Party to indoctrinate students, but it's also trying to prevent disruptions for the 2022 Winter Olympics which will be held in Beijing next February.

"We've got an Olympics coming up and the Chinese communist government does not want any disruptions for the Olympics," Lane said during an interview during Monday's edition of CBN's Newswatch. "They really fear there could be protests, a pro-democracy movement going, and so forth, leading up to the Olympics and during the Olympics."

"So this sends a message to the parents. 'Look, no outside influence. We don't want any collusion with foreigners here,' because they know that foreigners are pro-democracy," Lane explained. "And so they are indoctrinating students, but they are also targeting not only the youth of China, but also sending a message to the adults."

"Mao's cultural revolution back in 1966 through 1979 targeted many intellectuals.  Anyone that he considered to be an opponent of communism," Lane noted. "It was very violent back then. He had youth gangs that rounded up people and they were thrown in prison. There were massacres. As many as 20 million people may have been killed by Mao during the cultural revolution."

"So this one is less violent. This one is a quiet revolution that's happening inside China," he said.

Lane observed that a similar crackdown is happening in Hong Kong, where the once-independent Apple Daily newspaper was shut down on June 24. The newspaper is no longer allowed to go to print.

"Seven of their editors and leaders have been arrested for foreign collusion," he said. "The newspaper founder, Jimmy Lai was also arrested. This is very serious. A pro-democracy newspaper, the lone remaining voice of democracy in Hong Kong. The editors rounded up. Founder in prison and no more printing in Hong Kong."

"This shows that the communist party is fully in control there," Lane added. "We need to be praying for Hong Kong, because one country, two systems, is no longer in existence."