Cracks are appearing in LGBT+ orthodoxy.

return
Resistance to the dictates of gender ideology is emerging in the UK. 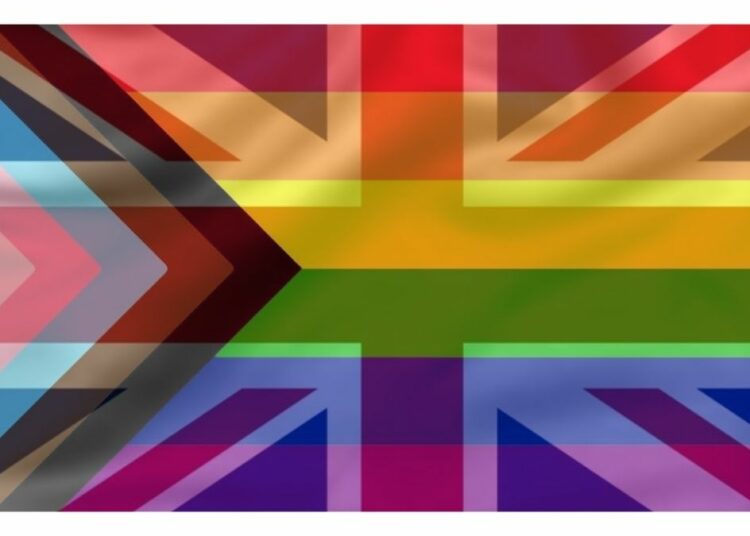 In the span of a decade, the wave of the transgender movement has swept through the lazy, relativistic West like a storm. In the United States of America and throughout Europe, including Italy, gender ideology, with its absolute dogmas, has infiltrated schools , altered the language and language of the media , and permeated the entertainment industry . propaganda for all ages. He smuggled the “rapists ” lie, silenced women who did not bow to his diktat , usurped female roles and spaces in the very silence of feminists, reconciling people's freedom of religion with fictitious accusations of homophobia, convinced children and boys, but especially girls , to be born in the wrong body.

“A medical industry sprung up almost overnight to address this, offering double mastectomies, sex reassignment surgeries and hormone blockers to transform people into who they thought they were,” writes Jonathon Van Maren, author and editor of The European Conservative , a quarterly journal of philosophy, politics and art. “Suddenly parents were faced with girls insisting on being boys and boys insisting on being girls, and everyone was telling them to go to the new gender clinic to get the medicine and shears they need. their children needed.”

There are, however, some tentative signs of rebellion against the oppression of this new orthodoxy .

Keira Bell and the TavistockIn the UK, for example, this is demonstrated by the well-known case of Keira Bell , who after embarking on a journey of de-transitionhas filed a lawsuit against the Tavistock Clinic, which specializes in sex reassignment surgery, accused of taking advantage of her confusion as a teenage girl who 'thought' she was a boy and ruining her life with hormones and drugs. mastectomies. Keira Bell won the case. “To the horror of the trans movement, judges have ruled that children under 16 cannot give consent to puberty blockers, and clinics that prescribe these drugs to 16 and 17 year olds may have be had to obtain authorization from the courts”, writes Van Maren again. Subsequently, unfortunately, “[…] an appeals court overturned the judgment and Bell sought permission to take his case to the Supreme Court. The future of thousands of childrenis in the balance”. The surface, however, has cracked, and the Bell case still sets an important precedent.

As of 2020 among other things, the scandals surrounding Tavistock and other gender transition clinics
have finally found an echo in the official media .

Stop self-identificationSimilarly, in 2020, the British government announced an end to the possibility of “self-identification”, which would have allowed people who consider themselves to have “gender dysphoria” to change their sexual identity by a simple statement. legal, instead of waiting for the implementation of the Equal Opportunities Act. The gender recognition certificate, i.e. the official certification, by the gender recognition panel. LGBT+ activists saw it as "a blow to LGBTQ rights" and also feared a hardening of public sympathy for these so-called "rights".

Also in Great Britain, in 2021, Maya Forstater who was fired and prosecuted for having declared in a tweet deemed “homophobic” that there were two sexes, was then reinstated after, again, the court gave her raison.

Stonewall and the BBCIn October, the Vice news portal reported that the national broadcaster, the BBC, planned to withdraw from the “Diversity Champions” programme, run by the pro-LGBT+ organization Stonewall , designed to help businesses become more “inclusive ” and “[…] to ensure that all LGBT+ personnel are accepted without exception in the workplace.” The BBC would cut ties with Stonewall to appear more impartial. In November, after saying that the atmosphere in the business made them feel like they were “working for the enemy”, some LGBT+ staff at the BBC left the company, some stating: “I no longer feel safe as an LGBT+ person within the organization”.

During the year the Equality and Human Rights Commission , the UK Cabinet Office and the UK media regulator (OFCOM)
also severed ties with Stonewall. and its program.

“The hysterical reaction of many LGBT activists reveals something important: they know they are losing their grip on the narrative. The spell has been broken, the critics are getting stronger and the scrutiny they so desperately wanted to avoid is gaining momentum,” Van Maren concludes.