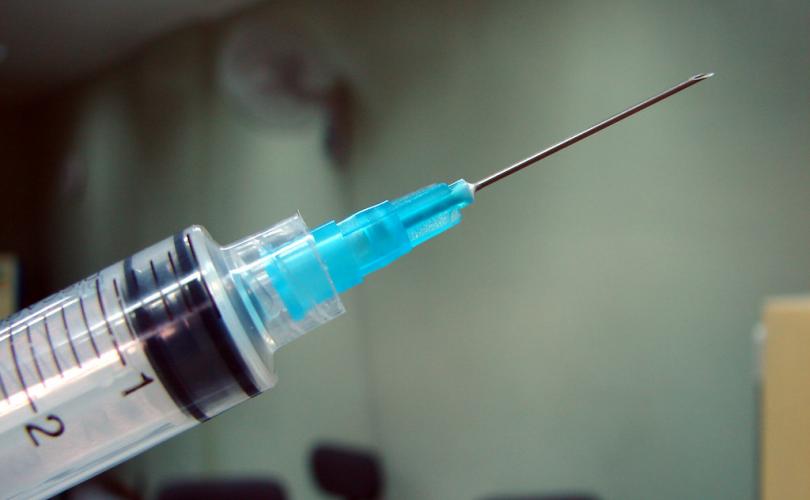 Sept. 25, 2019, 1:15 PM EST update: This report has been updated with more information from the FDA on the drugs in question.

WASHINGTON, D.C., September 24, 2019 (LifeSiteNews) -- The UK National Health Service (NHS) is investigating drugs that are used to block normal sexual development among children and teens who are "transitioning" to the opposite sex that when used
in other applications have been linked to 6,000 deaths.

The drugs in question are used to lower the levels of testosterone and estrogen,
which are the building blocks of sexual development and sexual function.

The use of these drugs in other areas of medicine, to combat prostate cancer, for instance, has been associated with serious medical conditions, including cases of nervous system and psychiatric disorders, heart failure, seizure, joint pain, bone deterioration, and dozens of other adverse events.

The U.S. Food and Drug Administration (FDA) listed over 41,000 adverse reactions between 2004-2019 associated with Leuprolide, which includes Lupron and similar drugs used by gender clinics. Almost 26,000 of these were classified as “serious cases,” which included over 6,000 deaths.

The FDA indicated that among 3-17 year-olds who had taken Leuprolide for various medical conditions, there were reported almost 1,500 adverse reactions, with over 700 being "serious," and of those 11 resulting in death. Of the cases resulting in deaths, the drug was being used to delay puberty, treat growth disorder, as drug therapy, and as hormone suppression therapy among other things.

In the UK, nearly 1,200 children under 15 were referred to the Gender Identity Development Service (GIDS) in 2018.
Of these, 63 took powerful drugs intended to block or pause their normal sexual development.

In August, departing mental health minister Jackie Doyle-Price told Parliament that the ethics of the service will be examined because the effects of the treatment may be “irreversible.” According to the Daily Mail, Doyle-Price said, ‘It is important to note that this aspect
of service has grown quickly, and it has done so in an absence of public scrutiny.”

In 2018, Minister for Women and Equalities Penny Mordaunt called for an investigation into the reasons behind a 4,400 percent increase in the number of girls being referred for transitioning treatment over the past 10 years. Social media and school curricula were cited as possible sources for the increase. Some members of Parliament and the public had voiced concerns over why children, some as young as age 10, were being prescribed powerful drugs and non-reversible surgeries designed to make them appear to be a sex other than their natural sex.

This is one of the complaints being investigated about the Tavistock's current puberty blocker experiments. They did not fully inform the patients or their parents of the known risks. So it is being questioned if the patients and parents were able to provide informed consent.

— Crone in a million (@CroneInAMillion) September 14, 2019There are have so many requests in the UK on the part of minors seeking a sex change that doctors have considering doing consults via Skype.

Experts say children who take puberty blockers and then hormones of the opposite sex as part of their desired
transition may experience serious damage, including sterility and other health problems.

Doyle-Price said in an address to Parliament, “However, where we are dealing with children who have not reached the age of majority, and where some of the treatments they may go through may be irreversible, the whole issue of consent is clearly important.”

In recent years, five clinicians have resigned from the UK’s GIDS, citing pressure to refer minors for puberty-blocking drugs without sufficient clinical assessment. According to the Daily Mail, Marcus Evans resigned from Tavistock and Portman NHS Trust, which operates GIDS,
because he believed that children were not sufficiently informed about the effects of puberty blockers.

A former governor of Tavistock, Evans said, “It is good timing for NHS England to be reviewing GIDS as we need people from outside the trust to look at the research behind these medications and their impact.” Joining other critics, he said the process of sex-change should be decelerated so that
“complex problems” facing children and their “feelings about gender” can be addressed.

“When people are under pressure, they tend to isolate one solution, which is to take hormone-blocking drugs,” Evans added.
“There needs to be much more thought before providing powerful drugs which change bodies and can have profound psychological effects.”

Repost: Prof Biggs has raised serious concerns about puberty blocker use at Tavistock GIDS: graphed is a distribution of spinal bone densities, courtesy of @MLaidlawMD. After 2 years, GIDS girls on PB average density was in the lowest 2.3rd percentile.https://t.co/BuymDk3Df0 pic.twitter.com/zH1e1ldrq7