Disney to throw an LGBT ‘pride’ concert for kids, hosted by drag queen

return
Billed as a 'This Is Me Pride Celebration Spectacular' and hosted by Drag Queen Nina West,
the event will be streamed by Disney+ on YouTube and Facebook. 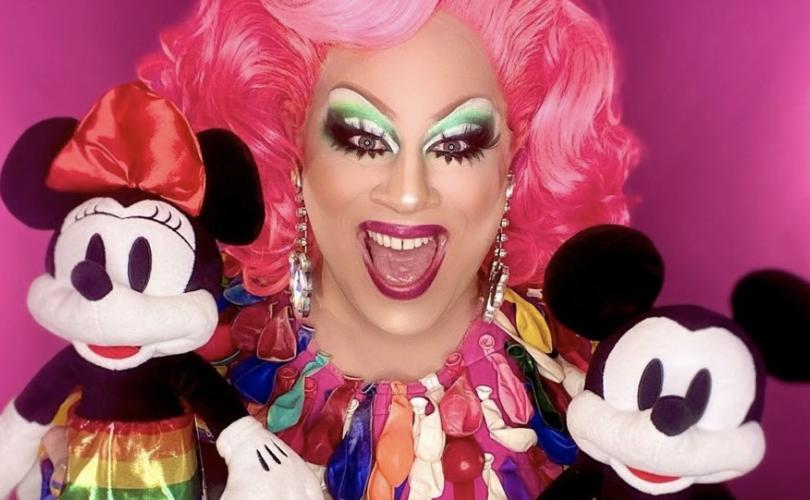 (LifeSiteNews) — Disney, the former go-to company celebrating the wonder and innocence of childhood, will be hosting an LGBTQ themed “Pride” concert for kids next week. Billed as a “This Is Me Pride Celebration Spectacular” and hosted by Drag Queen Nina West, the event will be streamed by Disney+ on YouTube and Facebook, and “will feature performances of notable Disney songs reinterpreted through an LGBTQ+ lens,” according to Deadline.

“We believe in the power of inclusive storytelling that brings us together and inspires us to live authentically, and Disney+ is committed to amplifying LGBTQ+ and BIPOC voices,” declared Disney+ in an Instagram posting.

“Around the world, The Walt Disney Company proudly contributes towards organizations that support LGBTQ+ communities and people.” 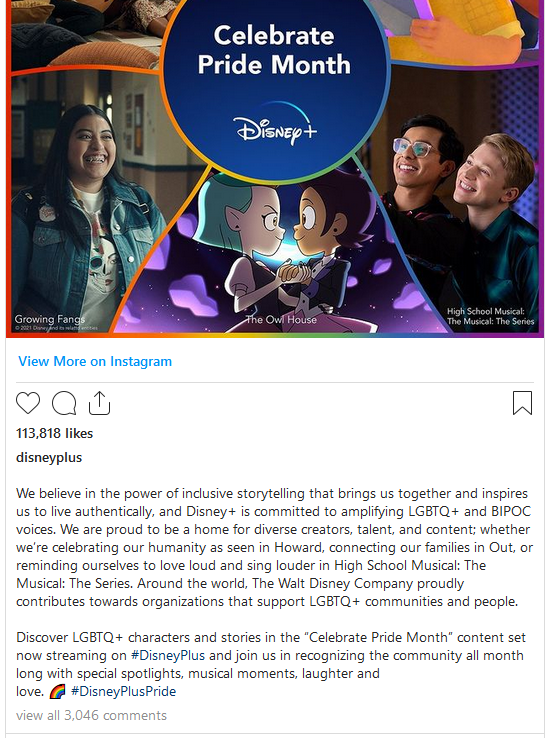 “We’re throwing a Disney Plus Pride party! Join us Sunday, June 27 for the first ever Disney Plus ‘This Is Me’ #Pride Celebration Spectacular,” announced Disney+ in a tweet. 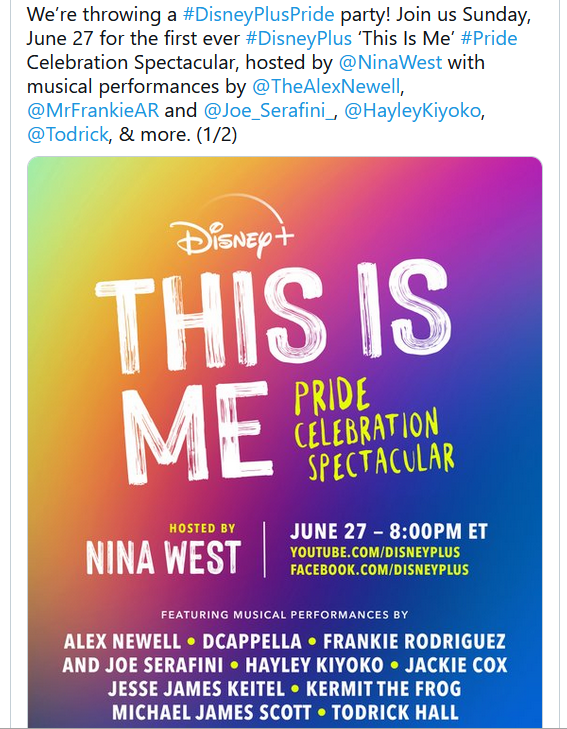 Earlier this month, drag queen Nina West made a controversial appearance as a cartoon character on the popular Nickelodeon kid’s show Blue’s Clues & You!, in which he narrated via song an  animated “pride” parade. The song runs through various “nontraditional” family structures adorned with numerous variants of the rainbow LGBTQ+ “pride” flags, all with a refrain of “they love each other so proudly” or a similar phrase.
Disney goes all out for homosexuality, transgenderism

Disney is also peddling toys and clothing for kids awash in rainbow colors as well as pro-homosexual and pro-transgender messaging.

“The countdown to Pride Month is on with a colorful array of Pride products available now!” announced Disney on Twitter in May.  “Plus, The Walt Disney Company is giving funds as part of our ongoing commitment to organizations around the world that support LGBTQ+ communities.”

Among the organizations promoting homosexual and gender dysphoria that Disney is financing are GLSEN and the It Gets Better Project, which affirm youth who consider themselves to be homosexual or to have a gender identity that is different from biological reality.
life site
by Doug Mainwaring
https://translate.google.com/translate?hl=en&sl=en&tl=fr&u=https%3A%2F%2Fwww.lifesitenews.com%2Fnews%2Fdisney-to-throw-an-lgbt-pride-concert-for-kids-hosted-by-drag-queen&anno=2&sandbox=1
up