Robotic doggies for seniors in CHSLDs 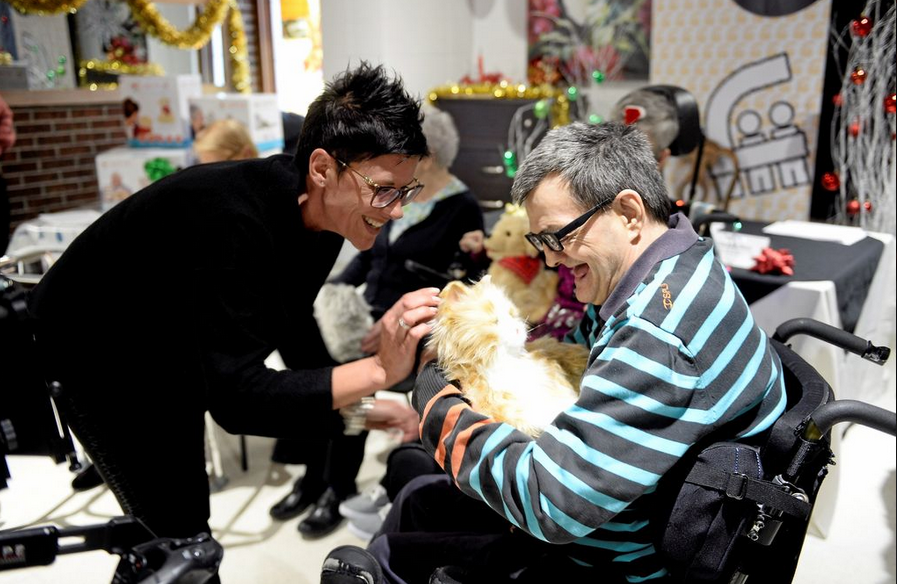 They purr, meow, bark and wank their tails. Sometimes they even roll on their backs, but they never bite. Thursday morning, they sowed a lot of happiness in the hearts of the residents of the Jacques-Cartier Accommodation Center. These are not real animals,
but rather robotic doggies that have been specially created to keep the elders company.

A total of 52 plush toys will be distributed in CHSLDs in Chicoutimi, Jonquière and La Baie. The initiative was born thanks to a generous donation
from Integral Subaru and in collaboration with the Foundation of my life.

“Seniors are largely forgotten. [...] This initiative, I sincerely hope, will probably make a small difference in the hearts of our seniors and their families, and will perhaps allow them to still believe in Santa Claus and feel that he really exists, even without a big white beard,
”said Lina Tremblay, owner of Integral Subaru, at a press conference.

When the doggies were presented to a few beneficiaries, the smiles were instant. One of them hesitated a bit, preferred to take the dog rather than the cat, but after a few minutes, we can assume that a relationship was about to take shape. "I don't like real people.
I like them better like that! ", did she say.

When the doggies were presented to a few beneficiaries, the smiles were instant.

Another resident flattered the little cat, gave him kisses, while a gentleman cradled his animal while singing Dodo.

“These are robotic animals that will allow us to do activities as we do with traditional zootherapy, with less risk and inconvenience. It will allow us to have animals at all times, day and night, for the entertainment of residents, for boredom, anxiety, in situations where they need to give comfort, "explained Marie. -Claude Dion, head of nursing unit at the Jacques-Cartier accommodation center.

A qualified animal therapy practitioner already visits shelters two or three times a month, but for the other periods when this type of therapy would be necessary, the benefits were not available.

“Sometimes when we put these animals in the presence of our residents, smiles appear, tears of joy too. It can remind them of an ancient animal. It allows them to calm down in situations of anxiety, aggression, to reconnect with reality, "added Ms. Dion. 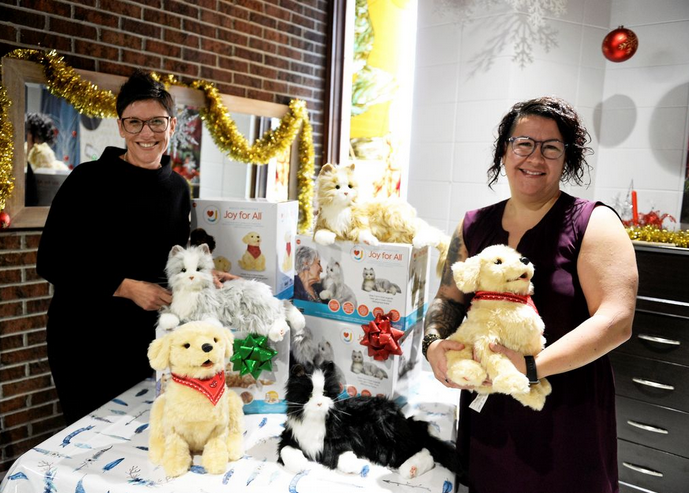 Lina Tremblay, owner of Integral Subaru, and Marie-Claude Dion, head of nursing unit at the Jacques-Cartier accommodation center,
presented the benefits of robotic doggies.
up