Drag queens, who want to access your children, related to Satanism and occult practices 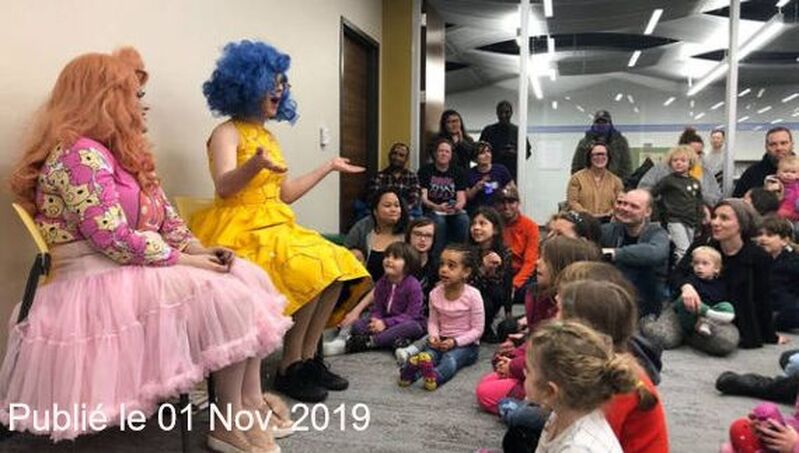 It is not healthy to take your children to "reading sessions" held by drag-queens. From LifeSiteNews :
These men who dress in women love Halloween, and not just for the occasions of dressing up. They are often very attentive
to the dark spirits of the season and are ready to respond to the strange and depraved demands of these spirits.

This is one more reason to keep vulnerable children out of homosexual indoctrination sessions and on gender theory, "drag" lessons and discussions, excluding parents, on the "safe sex" held at your local library. These vicious people would seduce and attract the children before our eyes if we let them.

Drag queens are a scary presence for small children. These young, fascinated faces hear the so-called "inclusive" lessons and watch the sexual [dance] girations tell the real story. There is something odd about this neighborhood, and young people have understood it,
even if their naive parents sneer and shake their heads with corrupt librarians.

The truth is that these public readings and these sexualized performances are often influenced by a realm outside the natural.
It turns out that many who identify as "drags" follow paganism, witchcraft or Satanism. They do not even try to hide that close connection.

For example, in a recent tweet, Satan's Church said, "We can confirm that there are many Satanist drag queens. And they are fabulous. "

And the satanic temple of San Francisco is made up mainly of people who identify as "LGBTQ", even holding a "Pink Mass" from time to time. A film about the group is called Hail Satan, where the leaders say they will fight the Christian conservatives "to the death."

Are they serious about following Satan? Who knows, and who cares? Anyone who adopts his name is, tragically, an ideal prey.
Satan will exploit and manipulate these fools according to the desire of his heart, and they may never know it.

A drag-demon partnership is developing everywhere. There are reports from Austin, Texas,
where drag followers engage in occult rituals (including black masses) in public parks to "cast spells" on two city council members,
brave people who have publicly opposed such perverted "storytime" in local public libraries.