The dress code of the CECCE deemed "discriminatory" and "sexist" 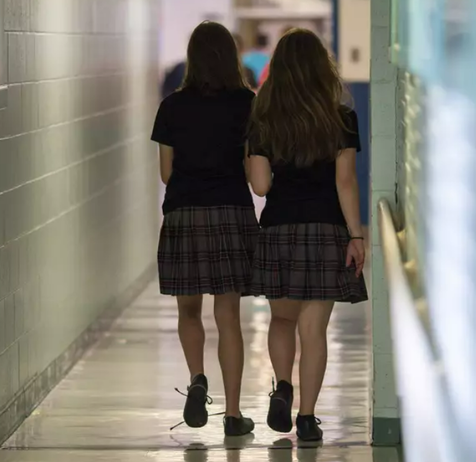 Discriminatory, problematic and sexist, the dress code in force in the establishments of the Conseil des écoles catholiques du Center-Est (CECCE)? At the very least, this is what the Ottawa Coalition Against Violence Against Women (COCVFF) suggests, with the support of the Francophone Center for Assistance and Fight against Sexual Assault (CALACS). Ottawa,
in a letter sent in recent days, of which Le Droit has obtained a copy.

In the letter addressed to the administration of the organization as well as to several school principals as well as the school counselors, it is expressed concern that it was reported that the policies of the Board and its schools in matters of clothing "are sexist and do not take into account the intersecting issues of class and race" and that the application of these
"can give rise to humiliating and hurtful situations for the pupils".

"[...] We believe that not only should the Council deal more judiciously with issues relating to gender expression and sexuality, but that it also has a duty to lead by example by demonstrating respect in these areas. [...] We learned that students had been the target of public criticism and denigration. It is not acceptable for the Board or its teachers to sexualize students or comment on their clothing. This indicates a great lack of respect. It can also prove to be very damaging for a student to be singled out in this way; even worse,
The letter also questions the board stating that the impacts of these situations can not be underestimated and must
"end the climate of hostility that prevails."

Referring to the findings of a study conducted in schools in the United States which, for example, would have concluded that dress codes had a disproportionate impact on black girls, the organization claims, among other things, that such regulations "teach girls that their appearance matters more than their ideas ”and“ can be used to target and punish students who are already marginalized, including poor or racialized girls and boys as well as trans and non-binary youth ”.

Citing the example of the code of conduct of the École secondaire catholique Béatrice-Desloges, which mentions in particular that one must attend school "in clean, modest and appropriate clothing for the school environment on which there is no has no vulgar, offensive or violent or hateful words or designs, without any symbolic accessory of violence, prejudice or marginal groupings ”and that“ sweaters, t-shirts, shirts or blouses (must be) long enough to reach the height of the waist of the pants or (the) skirt, must cover (the) shoulders the width of three fingers ”, the letter sent to the CECCE calls into question the choice of words.

“The code of conduct does not speak explicitly of gender or sex. However, the terms 'modest' and 'decent' have often been used in the past to establish sexist demands targeting women or girls. In addition, the use of an adjective as vague as 'clean' to qualify the dress code can help to reinforce the classism. We would very much like to participate in a review of the process of setting your dress codes, ”it wrote.

We advocate for greater participation of young people in the development of such policies, as well as a broad consultation of organizations including for example, in addition to COCVFF and CALACS, the Planned Parenthood Ottawa and the Ottawa Rape Crisis Center, for the promotion of inclusive schools and the prevention of sexual violence. It goes on to say that teachers should be able to concentrate on their main task without having the “additional and often uncomfortable” responsibility of having to apply a dress code. 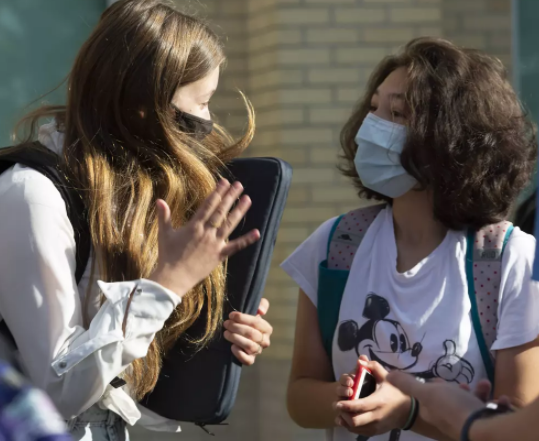 For Mireille Brownhill, a long-time activist against clothing policies and herself the mother of three children, one of whom still attends an Ottawa high school, there is a serious soul-searching to be done and it is time
to revise these. codes “to ensure they are respectful to all students”.

"It's important to me. Being a woman, I have been subjected to dress codes all my life, I can testify like others that it affects boys and girls differently. Girls are being sent the message that their appearance is more important than education, that boys are unable to control themselves over their sexual urges, and that it is our fault that we distract them. Twenty years later, there are so many studies showing that these codes discriminate against many groups, not just girls. It's a shame that we're still there today, ”she notes.

Completely agreeing with the aspects that prohibit hate or violent messages, Ms. Brownhill says that otherwise, the application of a dress code is variable geometry and is subject to a fair amount of interpretation.

“When you think about the width of the shoulder straps, how problematic is seeing a student's shoulder? In elementary school, there are girls who do not wear their beautiful summer dresses because the straps are too narrow. That we think that a six-year-old casserole exposes too much of his shoulder, we agree that it is rubbish. There is also the whole question of the length of a skirt or a pair of shorts. There are a variety of bodies, sizes, arm lengths, legs. It is so awkward to be looked up and down to assess whether the clothing is appropriate. It's a subjective word, especially when it's a man. [...] What does suitable, decent or even modest mean? It's so subjective, free to interpretation according to the person analyzing. It is difficult to navigate in that for a student, ”she laments.

Asked to give another example, the latter goes on to say that she finds it ridiculous that in some places jeans with holes, "on which we see a little strip of skin", are not accepted when it is fashionable and even in as an adult,
it can be difficult to find anything other than this style in the store.

“As an adult, do you like to be told how to dress? We neither. We are all different, we are comfortable in some types of clothing and others are not. It belongs to us. This freedom must also be left to the students, they must be able to make their own choices, develop their critical thinking. It can attract attention, yes, but it belongs to them. The rationale for such a framework should be sincerely assessed. What is the real reason for preventing students from wearing certain clothes? Is it really for their well-being? ”Asks Ms. Brownhill.

The Council of Public Schools of Eastern Ontario (CEPEO) will eventually also be questioned on this file, it is said.

Affirming that its policies are written and implemented "impartially" and that they "are dynamic and regularly updated so that they can take into account and reflect changing realities", the CECCE responds from the outset that 'he followed up on this letter.

"(The CECCE) will continue the dialogue with this organization in order to consider the concerns related to the dress code in force in order to ensure a positive, healthy and safe learning environment for all students", writes Valérie Samson, Executive Director of Communications, Marketing and Community Engagement.

The organization adds that the Francophone CALACS of Ottawa already offers prevention and awareness workshops to high school students and also specifies that it updated its policy against harassment and racism last June. 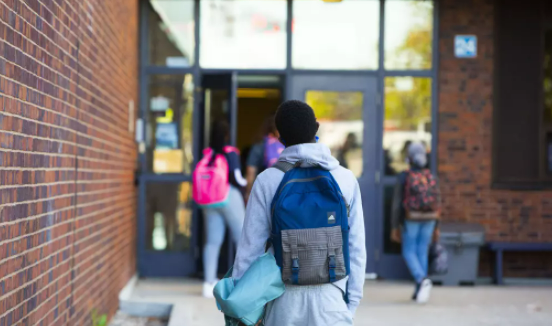 The CECCE asserts that its policies are written and implemented "impartially" and that these "are dynamic and regularly updated so that they can take into account and reflect changing realities".
SIMON SÉGUIN-BERTRAND, ARCHIVES LE DROIT

The largest French-language school board outside Quebec indicates that in accordance with a pre-established framework, the administration of each establishment is responsible for developing its dress code, in collaboration with the students,
staff and the school board. school. This can then be revised if there are concerns.

“The CECCE's approach is also part of a logic of continuous learning and open-mindedness. The Council also finds it important to address sensitive issues, particularly with regard to issues of race, gender, orientation, aggression or micro-aggression, privilege, bias, discrimination, etc. Kits are also regularly developed and sent to school personnel in order to promote adaptation
to a changing socio-cultural environment, ”we conclude.