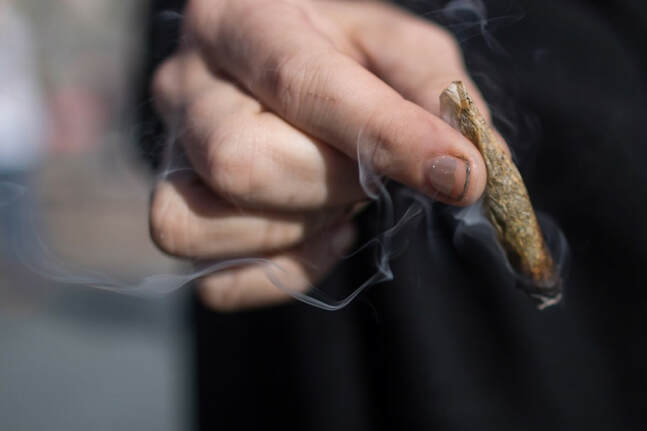 (Montreal) Canadians have increased their consumption of fentanyl, cannabis and methamphetamine at the start of the pandemic, suggest the results of Statistics Canada's most recent Canadian Wastewater Survey (CEU). ​
The survey has been conducted since March 2019 in five major cities across the country, including Montreal. By analyzing wastewater samples, one can estimate the amount of a given drug's metabolite (a chemical created when the body metabolizes a drug) that is found in the wastewater treatment system. This can then reflect the overall amount of that drug consumed by the population of a given region. Among the 14 drugs measured, a significant increase in the use of cannabis, fentanyl and methamphetamine was observed at the start of the pandemic, warns Statistics Canada in a statement. The survey first shows that levels of the cannabis metabolite rose in April and May 2020, the first months of the pandemic, compared to March. In April 2020, the level of cannabis metabolite found in wastewater was 28% higher than in March 2020. Metabolite levels then returned to levels seen before the pandemic. Other data from Statistics Canada revealed that more than a third of people who had ever used cannabis said their use had increased during the pandemic. Cannabis metabolite estimates were highest in Halifax in both 2019 and 2020, and lowest in Montreal and Toronto. This corresponds to the trends observed at the provincial and territorial level as part of the 2019 National Cannabis Survey. Fentanyl and amphetamine The increase in wastewater was even more dramatic for fentanyl, a synthetic opioid-family pain reliever that can be prescribed to control severe pain, but also wreaks havoc because it's readily available on the black market. . On average, Statistics Canada said, the loads of fentanyl found in wastewater had doubled in May and nearly tripled in June and July 2020, compared to the months before the pandemic. Per capita fentanyl loads were more than four times higher in Vancouver than in any other city in 2019 and 2020; Halifax and Montreal had the lowest levels. Provincial and territorial data show that the number of deaths apparently linked to opioid use, the majority of which involved non-pharmaceutical fentanyl, peaked between April and September 2020, following the implementation of preventive measures against it. COVID-19. The situation is a little less dire on the methamphetamine side. While levels in wastewater also increased at the start of the pandemic, the rise occurred later (in May and June) and levels fell as early as July below levels seen before the pandemic. In contrast, comparing the first months of the pandemic to the corresponding period in 2019, we see an increase in methamphetamine loads early in the pandemic. The UCE results finally show that methamphetamine loads were highest in Edmonton in 2019 and 2020 and that there was about twice as much methamphetamine in wastewater per capita than in Vancouver, concludes Statistics Canada .