The Edmonton Eskimos have released wide receiver Christion Jones for a homophobic tweet he sent out
on the same day as global Pride celebrations.

The swift action comes after Jones tweeted out his opposition to gay and lesbian relationships on Saturday, as people across the world celebrated Global Pride Day.

"Man ain't suppose to be with a man. A women is not supposed to be with another women," he wrote.

The tweet was quickly condemned as hateful by people on Twitter. But Jones initially stood by his comments, sending out more than 50 tweets responding to his detractors over five hours on Saturday night.

"I STAND ON WHAT I SAY. Regret nothing. Apologize to who???," he wrote.

In followup tweets, Jones said he would never apologize. But minutes before the team announced he had been released from the roster, Jones sent out another tweet.

"My words were deeply hurtful, painful and served zero purpose. I added to the struggle of a community, to live a life free of oppression of any kind. I sincerely apologize," he said in a tweet on Sunday.

The Edmonton Eskimos, long embroiled in its own controversy around the team's name, which is widely considered a racial slur, announced it had released Jones on Sunday afternoon.

The Canadian Football League also issued a statement on Sunday, saying there is no place in the league for commentary that disparages people on the basis of religion, race, gender or sexual orientation.

"Our league makes no claim on perfection, but it does strive to be inclusive, to accept and indeed celebrate our differences, and to respect and honour human rights," CFL commissioner Randy Ambrosie said. 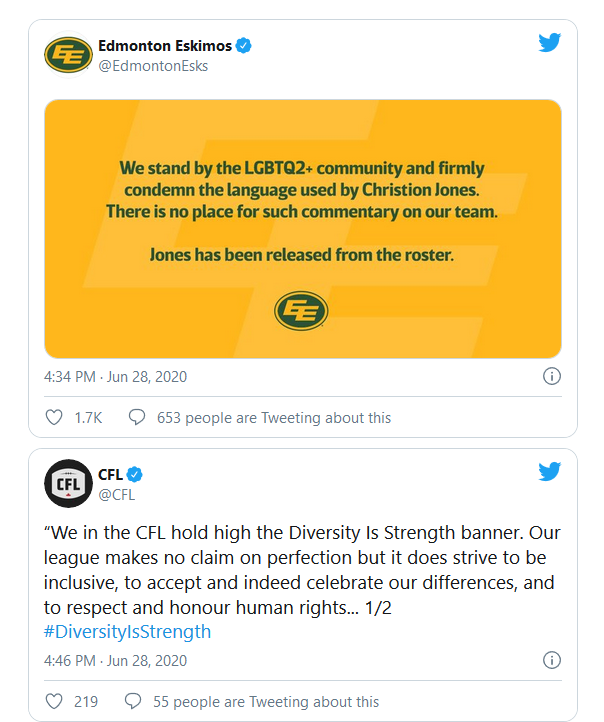 People responded to Jones's now-deleted tweet, arguing that he used his public platform of more than 10,000 followers to disparage LGBTQ relationships in a way that contributes to discrimination.

Some Twitter users began to tag the Edmonton football team's account in response, asking the team whether they would tolerate homophobic comments from a player. The team, along with the rest of the CFL, has embraced Pride month in public campaigns, altering their logos to feature the rainbow flag. 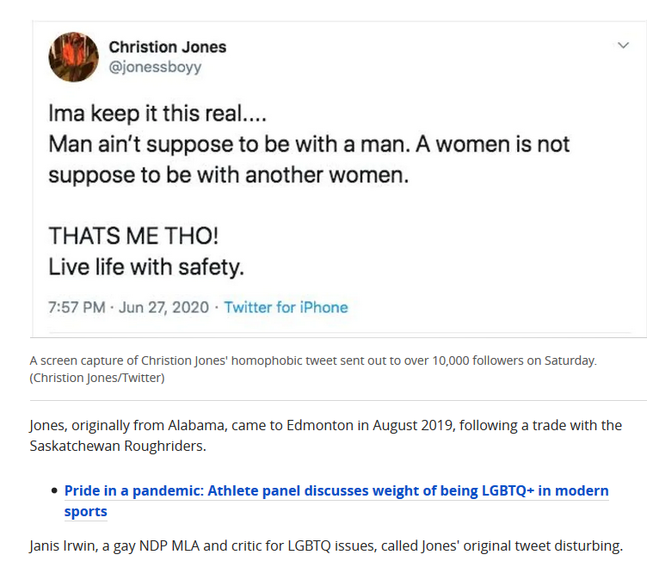 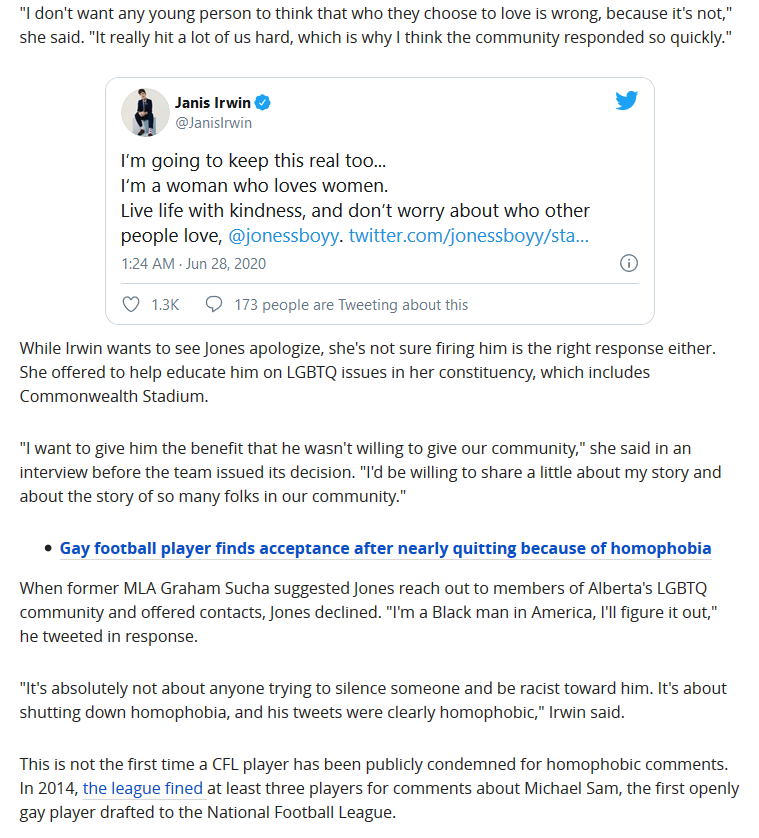