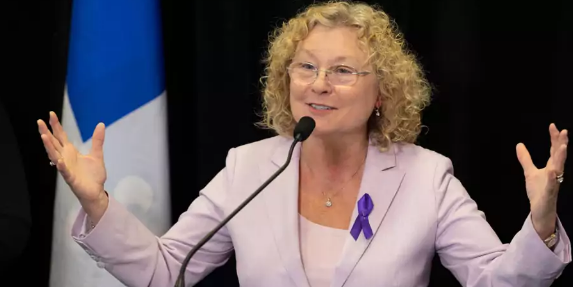 Quebec will invest $50 million over 5 years to fight elder abuse, announced Sunday the Minister responsible for Seniors and Caregivers, Marguerite Blais. This funding will be used to raise public awareness,
train stakeholders and implement practices that promote good treatment.

"Today, we are taking a step further, all together, to step up our collective fight against mistreatment of seniors and people in vulnerable situations," said Minister Blais at a press conference Sunday morning.

The majority of the budget – $31 million – will be used to improve the management of abuse situations. This funding will make it possible, among other things, to set up a help, assessment and referral centre for the mistreatment of older adults or people in vulnerable situations.

This amount will also support CHSLD staff who must identify and report situations of mistreatment of their residents. To do this, a "champion", a person intensively trained in the fight against abuse, will be deployed in each CHSLD in the province.

The Government will also invest $5 million to raise awareness of abuse, including through public activities. "There is still a long way to go, so that the population is much more vigilant," said the minister.

An additional $6 million will be used to train the various stakeholders in the field, through the development of training tools and content.

In addition, $2.5 million will be devoted to the implementation of practices that promote good treatment, in particular by funding projects aimed at promoting favourable environments for seniors and by supporting private seniors' residences to implement better practices.

Needs heardOn April 6, Bill 101 to strengthen the fight against mistreatment of seniors and people in vulnerable situations was adopted. "With [this bill] and this new plan, I am convinced that Quebec is a leader in the fight against abuse," concludedBlais.

The Association des établissements privés conventionnés – santé services sociaux (AEPC) welcomed the announcement. "Good news that goes in the direction of our requests for the establishment of local support for the staff of short- and long-term institutions who have to identify and report situations of mistreatment of people housed," she said on Twitter.

"It is important to have resources on the ground, within each facility housing seniors, that are able to inform
and guide staff when a situation of abuse is identified," the association added.