Elections that no one wants

RETURN
Justin Trudeau's number one mission on Sunday was to convince Canadians that, despite a 4th wave sweeping through Canada, holding an election was essential for the proper functioning of government and for the future of the country. 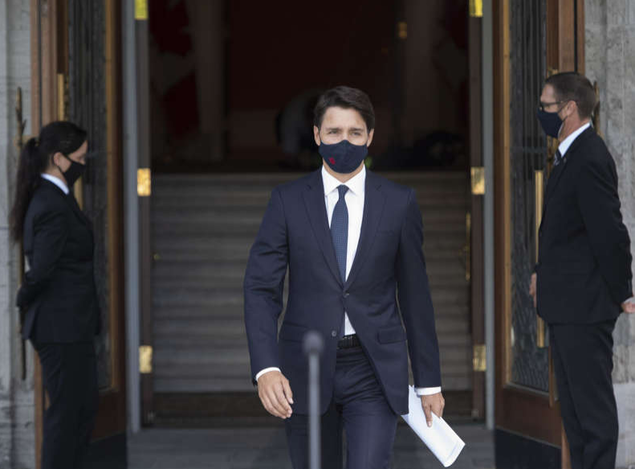 His explanation - that he wants an election because he wants to give Canadians the choice of whether or not to give him a new term - sounds like a Lapalisse truth or circular reasoning. Elections are always to obtain a new mandate.
The real question is: why now, in a health crisis that is not over? The answer is less public policy than partisan politics.

Yes, the pandemic is historic, as Justin Trudeau says. Yes, his government was elected two years ago when no one expected this event to happen. But is it not proper for a government to govern, despite difficult and unforeseen circumstances?

There are even provisions in the electoral law to extend the life of a government beyond the maximum of five years,
in the event of war or natural disaster.

In search of a majorityIn 2011, Stephen Harper was not in hiding to campaign for a “  stable, strong, conservative and majority government  ”, which he obtained.

Justin Trudeau, on the other hand, avoided mentioning the word “  majority  ”  in his press briefing when the election was called . In an effort, perhaps, not to sound arrogant and to avoid giving the impression that he is instrumentalizing the pandemic for partisan ends.
However, could voters blame him for a lack of transparency if he does not say out loud what everyone already knows? Blame him for a lack of transparency and authenticity, two qualities valued by voters?

The opposition has not hesitated to attack Justin Trudeau by saying he is acting selfishly, in defiance of public health efforts. That he "  seeks less to write a page of history than a page of his biography  ", as summarized by the leader of the Bloc, Yves-François Blanchet.

Election windowThe polls are favorable to the Liberals, their opponents (especially conservatives) could be vulnerable, and Justin Trudeau still seems to be riding the wave of voters' contentment about his handling of the health crisis.

Asking for a new mandate now, before having to foot the pandemic bill and replenish the record deficit,
therefore seems obvious if we look at it through a partisan prism.

So, political opportunism? Yes, without a doubt. But he wouldn't be the first politician to think
about his partisan interests. It comes with the territory.

Will the debate over why the election be called continue to haunt the Liberals throughout the campaign? Normally, this is a theme that goes out after a few days. But the current elections are anything but normal.

The pandemic affects everyone. If the Delta variant does its own, if the back-to-school period is disrupted by outbreaks, if political events become epicenters of contamination, the Liberals run the risk of continuing to bear the blame for dissolving Parliament. And they know it. But they still believe that the game is worth the candle.

The kick-off is now given. Even if he does not say it openly, the measure of success for Justin Trudeau is still obtaining a majority.
MSN
Christian Noël
https://www.msn.com/fr-ca/actualites/quebec-canada/des-%C3%A9lections-dont-personne-ne-veut/ar-AANmIT2?pfr=1
UP