Gender issues in children: a conference to enlighten parents and professionals 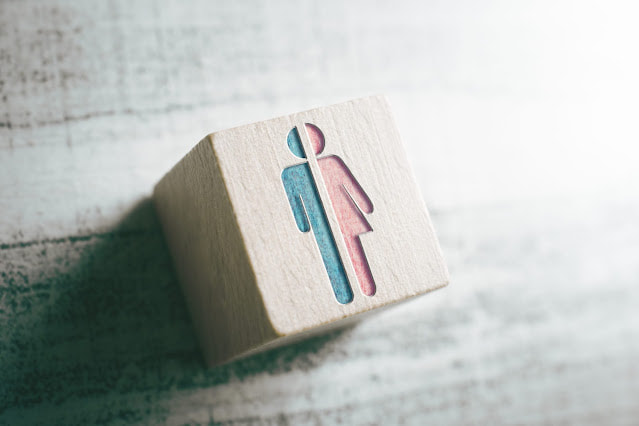 On November 20, 2021, the Jurists for Children association organized a conference in partnership with Famille et Liberté on “gender issues in children and adolescents”. A conference intended to respond to "an important expectation of parents and professionals working with children, to be informed and enlightened in order to adopt a constructive attitude towards young people confronted with suffering and discomfort linked to their gender". Without letting them believe that a boy could be a girl and vice versa.

Transgender mayors, artists, athletes, miss… The transgender question seems to have suddenly appeared to invade the media scene. Without sparing the children (cf. Between pronoun "iel" and transgender tele for 9/12 years old ).

Before the 2010s, the question of transsexualism was marginal, recalls Olivia Sarton, scientific director of Lawyers for Children (JPE). It affected boys five to six times more often. After a shift towards the concept of gender and transidentity, the approach henceforth “trans affirmative” excludes any psychic or psychiatric approach to maintain that it is about a legitimate intimate feeling
which must lead to a “self-determined choice” of each.

The result: the first consultation for minors opened in France in 2013 and, at present, around 700 children are followed in these specialized consultations, in Île-de-France alone, explains Olivia Sarton. Overwhelmingly girls. In the United Kingdom, the number of children in care increased by 3264% between 2009 and 2019. In the United States, when one in 2000 female students identified themselves as “trans” a few years ago, they are now one in 20 to do it.

A disarray that is expressed otherwise

The phenomenon is worrying. Olivia Sarton describes the rise of ROGD (Rapid Onset Gender Dysphoria). Children who had not manifested any disorder and who, adolescents, declare themselves "trans", almost overnight.

For Christian Flavigny, child psychiatrist and psychoanalyst, and author of the essay Helping transgender children (cf. Helping "transgender" children - Christian Flavigny ), it is clear that this is a way for these adolescents to show "disarray" , a "discomfort" that parents must help them to resolve. Moreover, 62% of young people who declare themselves "trans" suffer from mental disorders, and 48% from traumatic disorders, indicates Olivia Sarton.

It is necessary to give meaning to the body, explains Christian Flavigny, to inhabit it. And it is "a complex process which takes place in the identification with the mother or the father". A model that can then be challenged, but essential support. Christian Flavigny denounces the rhetoric of “I identify myself as”, in other words the illusion which consists in believing that one can take oneself as a model.

For some who were previously anorexic, young girls with a bad body manifest it differently today. Exposed to pornography sometimes very early on, they refuse this female body which becomes theirs. A “political problem” for Anne-Laure Boch because we tend to “rebiologize the roles”. Can a woman take on any role while remaining a woman?

When from "social", the transition becomes "medical", we ask the doctor to intervene on a body in perfect health. Cross-hormone therapy which consists of giving hormones of the opposite sex while inhibiting the natural hormones, "top" and "bottom" surgery. The reality is harsh, the interventions heavy, with often disappointing results. Rita de Roucy, clinical psychologist and psychotherapist will testify that she is accompanying a patient who has suffered 17.

And the list of side effects is long, details Dr Anne-Laure Boch, neurosurgeon at the Pitié-Salpêtrière hospital: osteoporosis, cardiovascular risks, depression, infertility, to name a few. The risk of developing hormone-induced cancers should not be overlooked either. Is the game worth the candle? Especially since the "transition" will remain only apparent. The patient's genome will remain that of his birth: 46XX or 46XY.

Children in care can be prescribed puberty blockers from 10 or 12 years old. To "take a break". But in practice, some changes are irreversible, explains Anne-Laure Boch, in terms of sexual, bone, cerebral… and emotional maturation. With the risk that the child will remain a child. And the “break” isn't really one. In 95% to 98% of cases, taking puberty blockers will continue with surgery.

In France, many believe that surgery is prohibited before the age of 18. But mastectomies have nevertheless been performed on 14-year-old girls. Which questions to say the least when we know that tattoos are prohibited to minors under 16 years old. In the face of suffering, and sometimes blackmail to suicide, it can be difficult for the doctor to say no. Especially since the militant associations are very established in the services concerned, which pushes some doctors to leave them.

And while the activists of the “trans affirmative” approach reject the idea of ​​pathology, these treatments are covered 100% by social security, for long-term ailments. The market for “reassignment” surgeries is estimated at 1.5 billion dollars in 2026 according to a study, specifies Olivia Sarton, with detailed means to make it grow further (cf. Gender change in children: “one of the most major health and ethical scandals ” ).

The intrusion of the gender issue in school

Last September, the Ministry of National Education published a circular "for better consideration of issues relating to gender identity in schools". Children can ask that the first name on their canteen card be changed to be "consistent with their gender identity", or to use the toilets, changing rooms or dormitories they wish, explain Sabine le Conte juriste, and Jérôme Brunet consultant (cf. Gender at school: the circular of the Ministry takes the side of “self-determination” ).

Worker in schools, Inès de Franclieu, general delegate of the association Com 'je t'aime and family counselor, testifies: a few years ago, when we asked children what makes the difference between girls and boys, the students remained silent, this difference seemed so obvious to them. They did not ask the question. But for the past two years or so, there has been no establishment she has gone to where she does not meet at least one young girl who declares herself to be a boy.

We have to be careful about this because the “social transition” is not neutral. If the fact of asking his family to be called by another first name can remain without consequence, it is not the same when the teachers, the schoolmates comply with it. Because once "public" the so-called "social" transitions continue with a medical transition. What a Swedish documentary called the “  Trans Train  ”.

What the law says

At birth, the sex of the newborn is noted and entered on the birth certificate. Noted, not assigned, underlines Aude Mirkovic, legal director and spokesperson for JPE. Since 2016, in France, it is possible to change the sex in the civil status without undergoing medical treatment. No limit to the number of changes is set by law. But is it the role of civil status to relay an intimate feeling? Asks Aude Mirkovic.

In addition, only adults or emancipated minors can request such a change. What civil status does not allow, why should the school approve it?

Aude Mirkovic foresees numerous trials within a few years by children who have become adults and regret their "transition". Because neither the parents nor (and even less) the doctor will be able to hide behind an alleged consent of the minor. A statute which aims to protect it by transferring to responsible persons the important decisions which concern it, in particular as regards health. The consent is indeed given by the parents, that of the minor is only "sought", when it is possible, she specifies.

"Accepting an alleged self-determination of the child amounts in reality, even if this is not the objective of course, to abandon him to his dismay which is a cry for help", points Aude Mirkovic. “Adults, starting with parents, who want to assume their responsibilities with regard to the child must sometimes agree to go against a request from the child, the consequences of which the latter cannot measure. he may regret it later, ”she insists. As such, she denounces the bill aimed at banning conversion therapy which, by including a provision condemning remarks "aimed at repressing or modifying the gender identity", will prevent the young person from being supported in overcoming this disarray ( cf."Conversion therapy": a new offense and a broader definition? ).

Moreover, the trials have started abroad, some countries being "in advance". Thus, the British Keira Bell undertook to sue the Tavistock trust where she was treated (cf. United Kingdom: a young woman is suing the clinic where she underwent a “gender transition” ). Regretting the "transition" undergone when she was only a teenager, she now says she is "stuck between two sexes".

Faced with these confused young people, it is essential to open another way. Because "the company relays via the media only one approach, deplores Aude Mirkovic, the affirmative approach which amounts to taking note of the self-diagnosis affirmed by the young person, - I am trans -, and to support his approach. of social transition, by designating him in the claimed gender and under the chosen first name, then of medical transition by granting his request to transform his body by means of puberty blockers, hormones and even breast mutilation ”.

But the tracks of the "Trans train" should not be followed blindly. A constructive attitude involving "a psychotherapeutic care of the young person, which takes the discomfort of the young person seriously and seeks the causes, in order to find the way for the young person to be reconciled with his body and, at the very least, to d 'waiting to engage in a gender transition process to have the maturity to realize the consequences of these serious, invasive acts and sometimes with definitive consequences ”is also possible.
Courageous parents bear witness to this.