Esotericism 2.0: when young people try their hand at divinatory practices 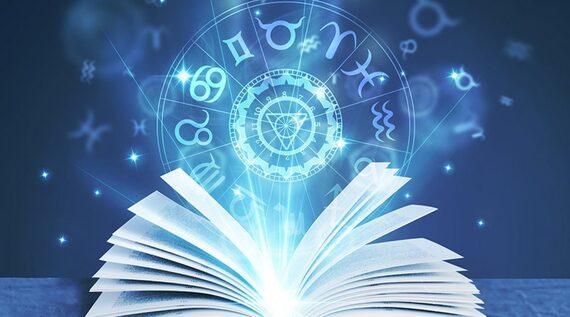 ​Esotericism is in vogue, especially among young people. Rituals of magic and initiation into the divinatory arts abound on social networks. But these practices are far from trivial.
Astrology, divination, fortune telling, mediumship: these esoteric practices have been on the rise in recent years and are increasingly arousing the enthusiasm of young people, especially via social networks. This esotericism 2.0 is adorned with a pop, almost glamorous color that would almost make it seem harmless, while it conceals spiritual dangers.

Father Jean-Christophe Thibaut is a priest of the diocese of Metz where he has exercised a ministry of deliverance for twenty years. He is also the author, under the pseudonym of Michaël Dor, of the tetralogy of  La Porte des Anges  (Éditions Médiaspaul) and of the surveys of Abbot Nicolas Stock (Éditions Salvator). He deciphers this phenomenon:

The phenomenon is not very new. It began in the 1980s, which corresponds to the end of the “New Age”, this period marked by new spiritualities. This renewed esotericism that we see today is linked to the fact that everything goes through the individual. We are in a very individualistic world, everyone can become a witch or practice this or that divinatory art, without going through a group, a structure or a movement, as in the past.

It must also be recognized that, since the Covid crisis, there has been a huge development in everything related to esotericism and I think that this is linked to the fact that science has shown its limits. We can also see a fear of the future. In the United States, for example, consultations with psychics have increased tenfold since the start of the crisis.

Do the Internet and social networks play a particular role in this personalized and à la carte esotericism?

Indeed, it goes through Instagram, Tik Tok, etc. It is a kind of “cocktail” with new spiritualities - resulting from many alternative therapies or research of well-being -, a little feminism and ecology. We see a comeback of the figure of the witch, considered both as the ancestor of feminists and environmentalists. It's very "trendy" and we see this phenomenon especially in urban areas, among young girls who offer magical witchcraft rituals to attract good graces, feel good, etc.

We value the playful, aesthetic or even “glamorous” side of certain practices. But is this not to underestimate the danger that they can conceal?

Of course, there is always a distrust of magic that looks like "black", although today the marks between white magic and black magic tend to be erased. Ultimately, no matter what one seeks, even the use of some dark magic can be considered an act of justice. If someone wants to hurt you, or if you have issues with your boss, it is okay to be able to come up with a ritual.

Today, in big cities like Paris, it's very "trendy" to invite a fortune-teller, a medium or a clairvoyant during social dinners. We find a little what was done in the nineteenth century, when spiritualism was in fashion. (…)

What is the danger that you perceive in this craze?

The magic is not trivial, the distinction between white or black does not exist. Moreover, in the Bible, we always warn against magic. You only have to read the Acts of the Apostles to see that evangelization came up against magicians - the best known example is Simon the magician - who opposed it.

I see a lot of people marked by esotericism who want to get out of it, because there is always a moment when it turns against people. Very clearly, with magic, we touch the demonic world. You can ask all exorcists or those who practice a deliverance service: the first door of any spiritual problem of a demonic order is the fact of indulging in magic, esotericism or the occult.

This thirst for spirituality among young people is nevertheless to be exploited. Do you not think that there is here a specific field of mission which is opening up for the Church?
I don't think you should be afraid of it. On the contrary, behind these searches for esotericism,
hides a thirst for the meaning of life, a spiritual thirst.

The difficulty is that, generally, religion is considered by most of our contemporary young people as very constraining, as a set of dogmas in which to believe, without thinking, they think. But we must lead them to the living God by showing them that there are answers, which they think they know, but which they do not actually know; it is necessary to orient this research which they carry towards a direction more positive than that which they are taking, and that, without knowing that they are on a path of darkness.

Currently, I have about twenty requests per week from people wanting to meet me because they
have had a bad experience of esotericism or occultism.

BY GERTRUDE LAMY
https://www.dreuz.info/2021/07/esoterisme-2-0-quand-les-jeunes-sessaient-aux-pratiques-divinatoires-248880.html
UP