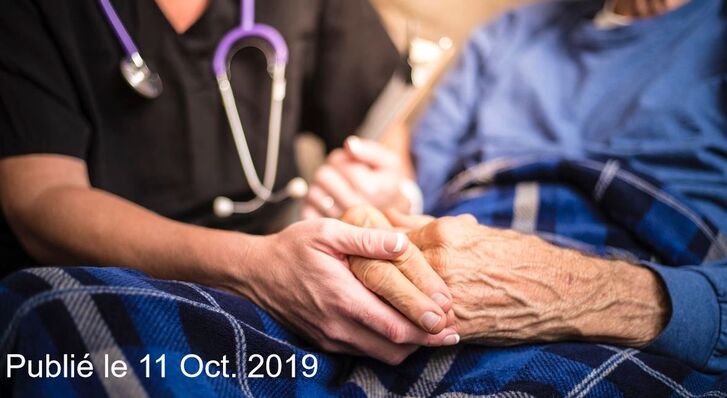 Dignity in Dying Scotland launched a new report, “The Inescapable Truth,” along with a video, which claims that 17 people each day will die a “bad death” as they suffer. The highly manipulative video shows a mother explaining her father’s death in hospice to her young son, interspersed with shots of the elderly man writhing in pain on the bed, begging to “make it stop,” while his relatives sob at his bedside. The video closes with a warning that 17 people suffer this way every day, and direct viewers to “help us end the suffering.”

Unsurprisingly, this campaign has been roundly criticized by both opponents of assisted suicide and hospice workers. Carole Walford and Tracey Bleakley, chief clinical officer and chief executive officer of Hospice UK, responded with an open letter slamming the video. “It [the video] is misleading and irresponsible. It plays on peoples [sic] anxiety and fear about the end of life, and amplifies these in a picture of ‘care’ that is highly inaccurate and distressing,” the letter read, adding, “This short film is, by no means an accurate portrayal of hospice care.”

Walford and Bleakley then asked for the video to be taken down, concluding, “When misleading information is posted online that purports to show hospice care as a frightening experience, we have to speak out. We have spent decades reassuring the public that hospice care should not be feared and much can be gained from using hospice and palliative care services.”

The Society for the Protection of Unborn Children (SPUC) Scotland likewise criticized the fear-mongering in the report. “Scare-mongering is a tactic of assisted suicide advocates,” Michael Robinson, SPUC Scotland Director of Communications, said, adding:

Scaring people to support suicide is a desperate measure with dire consequences as we have seen around the world. Suicide leads to worse conditions for patients and creates momentum for widening the categories of those who are made to feel they should choose to die.

We need to ensure we do not become one of the countries where the weak, sick and elderly feel they have a duty to die. Palliative care is the answer to concerns about suffering, yet assisted suicide undermines palliative care by proposing a cheap alternative which undermines human dignity.

Despite the scare tactics used by euthanasia activists, what should be feared is assisted suicide itself. Though Dignity in Dying Scotland portrays euthanasia as necessary for people to avoid pain, this is not why people often choose to die. Multiple studies, from medical journals like the New England Journal of Medicine and the British Medical Journal, have found that people seek assisted suicide because they’re frequently hopeless, depressed, and afraid of being a burden on their loved ones. They don’t seek assisted suicide because they’re afraid of a painful death. When the underlying issues are addressed, such as treatment for depression, the request to die is often withdrawn.

Suicide is not something to be accommodated just because someone is elderly, sick, or disabled. For any young and able-bodied person, suicide is a horrific tragedy to be avoided and prevented at all costs. Why, then, is it suddenly acceptable just because someone is ill? Every life has value, no matter what, and assisted suicide undermines that, at the expense of the most vulnerable people among us.
up