RETURN
'‘Changed’ has come to DC to appeal to our president and to congress to focus on human dignity apart from identity politics. America deserves to know there’s more to the story when it comes to LGBTQ experience. Many, like us, have changed. We left LGBTQ because we wanted to, and others join us every day.' 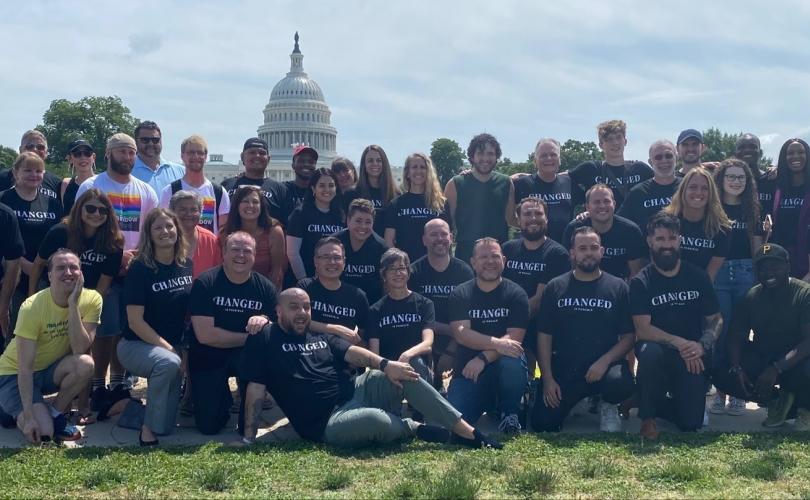 WASHINGTON, D.C.,  (LifeSiteNews) – Former gay, lesbian, and transgender individuals have come to the nation’s capital this week to warn members of the U.S. Senate against the dangers of the so-called Equality Act, which threatens to diminish religious liberty and severely hinder those seeking to deal with unwanted same-sex attraction and gender dysphoria.

About 50 members of the “Changed” movement gathered at the foot of the U.S. Capitol to make their stories of personal transformation known – finding their way out of homosexuality and transgenderism – and to urge Congress not to cut off access to religious and personal counseling that often plays a role in healing childhood sexual and emotional abuse and trauma that led to embracing those lifestyles. 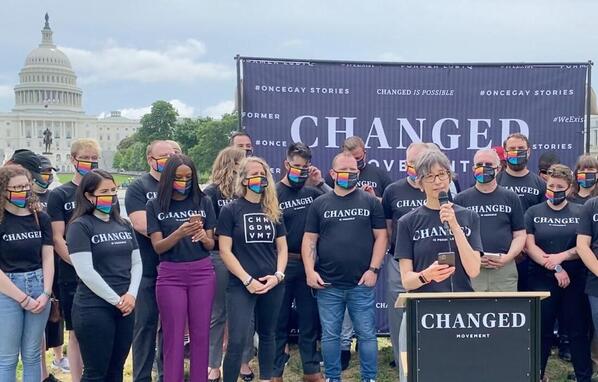 “Changed has come to DC to appeal to our President and to Congress to focus on human dignity apart from identity politics,” said Elizabeth Woning of California, co-founder of the Changed movement and a former lesbian, now married to her husband for 15 years.  “America deserves to know there’s more to the story when it comes to LGBTQ experience.”

“LGBTQ is also becoming an ideological worldview that Americans must have the right to embrace or reject on the same terms as religion,” continued Woning. “Many, like us, have changed. We left LGBTQ because we wanted to, and others join us every day.”

“‘Changed’ stands in the gap between religious liberty and gay rights,” she explained. “We are Christians with LGBTQ in our past. People like us could consider ourselves a sexual minority, but we don’t see that as the truth of our lives.” 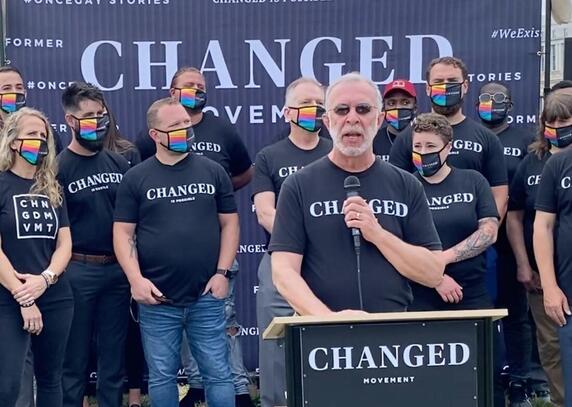 If the Equality Act is passed into law, “It will give unequal rights to a minority, taking away the rights of many, many more,”
asserted Daniel Mingo of Kentucky.

“I was sexualy molested at 13, which led to anonymous sexual encounters with other males for approximately the next 30 years,” recounted Mingo. “I chose to leave that life, going into recovery for sexual addiction.
I also became a born again believer, and I have been following Jesus now for 51 years.”

“By choosing to leave the gay life, by choosing to stop those anonymous sexual encounters, I was able to determine my own course of treatment, which others would not be able to do if the Equality Act is passed,” said Mingo. 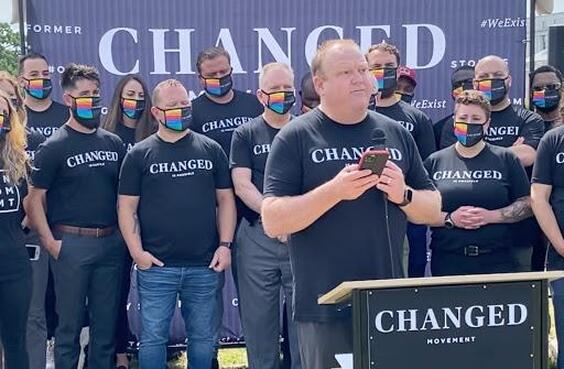 JJason Maxwell traveled from Arkansas to say, “I am a survivor and overcomer of LGBT indoctrination that many in our country and churches have falsely partnered with, that says, ‘I was born that way.’”

“Other LGBTQ don’t have to choose to find healing from sexual and emotional childhood  trauma,” he explained, “but I want to make sure that they have the freedom to make that choice if they want to,” and have the option to seek “
pastoral care, lay counseling, and professional counseling.”

“Today I stand before you a fully changed man, a husband of almost 10 years, and a father of three beautiful girls,” said Maxwell. “I’m standing here for the future of this country, a future in which my daughters, their future spouses, their children, and their grandchildren will have the right to go to public schools without worrying about being sexually indoctrinated to believe that their daddy, their grandfather, was a hateful bigot for simply choosing to heal from his childhood trauma.”

“Those who have experienced childhood sexual and emotional trauma and abuse deserve the right to heal,” he added. 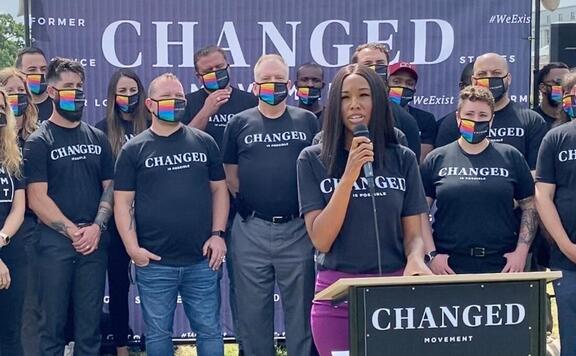 Tamika Sanders, founder and executive director of Coming Out, Inc., said “legislation that says that change is not possible says that we don’t exist,” and it “forces individuals to remain trapped.”

Sanders’ organization offers support services and resources to men and women of all ages dealing with emotional, sexual, spiritual, and relational brokenness that may have contributed to alternative lifestyle choices regarding their identity and sexuality.

Legislation that bans “any attempt to change a person’s sexual orientation, gender identity, and gender expression will force individuals to remain silent, with no voice, with no one to talk to about their internal conflict and struggles, and absolutely nowhere to find healing and wholeness,” asserted Sanders. 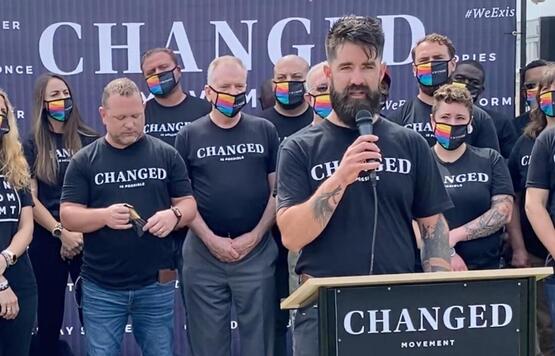 “I had a hard enough time without the pressure of public school telling me what to believe about sexuality and identity,” said David Reece. “I grew up in the 90s, and thankfully we didn’t have to hear about gender identity, sexuality, and sex all the time. That is not the case today.”

“Let me be clear: Government should not mandate what sort of sex ed should be received by students in public schools, and they should especially not tell children how they should form understanding of sexuality and sexual identity,” said Reece.

“Government should not mandate how a child’s parents should interact with their sexuality,” said Reece. “The government’s job should be to empower families to raise children well, not undermine the parental role by subverting and indoctrinating children at a young age.” 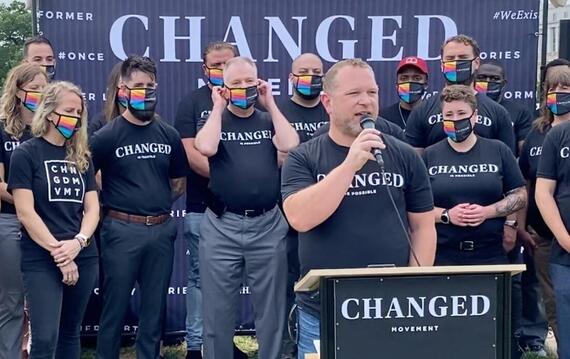 “The Equality Act threatens my freedom to offer the same pastoral counseling that I received, that delivered me out of sexual addiction, that healed the effects of abuse and neglect, that helped me live the life that I dreamed of living,” said Drew Berryessa, a pastor from Oregon. 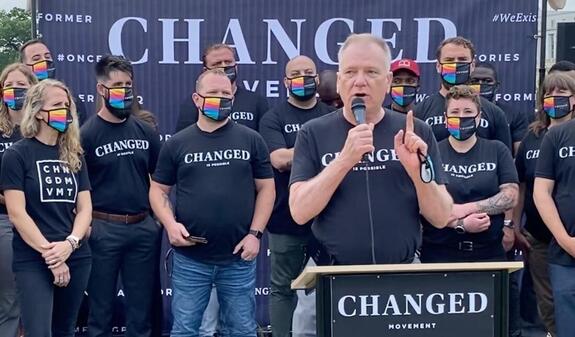 “Homosexuality doesn’t have to last a lifetime,” declared Greg Quinlan, also of New Jersey.  “All of us here prove that change is possible.”

“We have the right to determine what happens to our children and to protect them from something we know to be harmful,” he continued. “So I urge Congress not to take up this bill. I urge Congress to table this bill.” 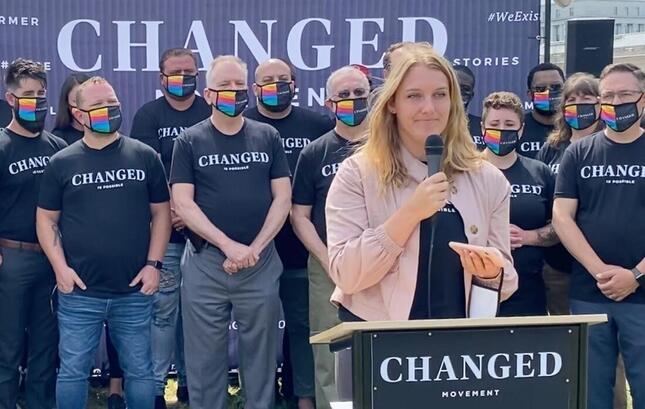 “The Equality Act would take away protections from women with stories like mine to access counseling that would help us heal from LGBTQ-related trauma,” said Bree Stevens of California. 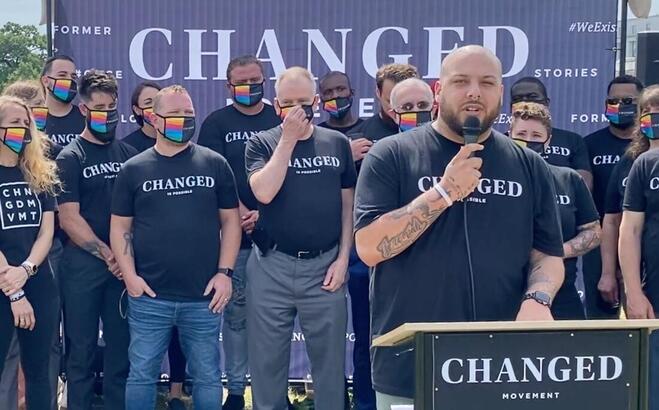 The Equality Act, “HR5 eliminates the freedom that I found when I gave my life over to Jesus willingly,” said Gabriel Pagan of Georgia, now a happily married man with a young son and twins on the way. “HR5 eliminates truth, and the ability to choose counseling where people can explore for themselves, and not get their identity or their freedom from peoples’ opinions around them, or subcultures.” 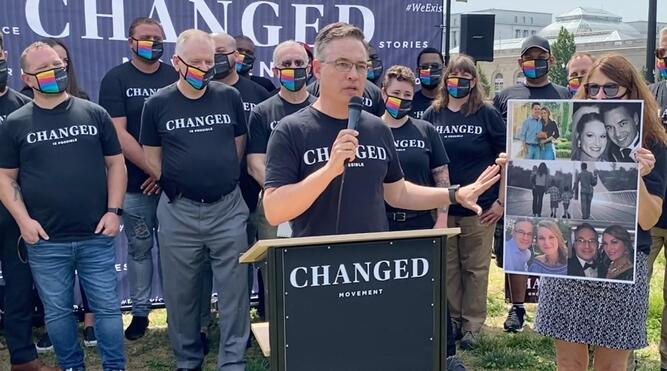 “America may soon make a dramatic turn,” announced Ken Williams, co-founder of the Changed movement, “based upon whether we choose to hang on to personal freedom, rights of conscience, rights of freedom of speech, freedom of religion; or whether we go with a now dominating mainstream ideology.”

“What we’re asking is: Please don’t take away our rights. Please let us determine what our sexuality is,” said Williams.
“Washington: Take your hands off of our sexual identities,” demanded Williams. “Please don’t oppress us. We have followed our convictions.  We left LGBTQ because we wanted to.”

Williams pulled out a large poster with pictures of him with his wife and four children. “It’s the joy of my life that I had the freedom to experience this,” he said, pointing to his family.

“Should everyone be forced to have this same thing?” he asked. “No. But I should have the right to have this life if I want to.”

The Equality Act: A grave and treasonous threat to our nation's core values Earlier this year, Family Research Council (FRC) president Tony Perkins described the Equality Act as
“a catastrophic loss of religious freedom in America.”

The Equality Act is a grave and treasonous threat to our nation's core values contained in our First Amendment,” declared Perkins. “This is a radical bill that uses the government to control, through coercion, how every American thinks, speaks, and acts on issues of human sexuality. It may be named the Equality Act, but as the details make quite clear, the only equal thing about
it is how much damage it does to many facets of American life.”

“The bill erodes parental rights and positions the government as lord over churches and other faith-based institutions, potentially dictating how their facilities are used, who they hire, and even punishing them for not falling in step with a view of human sexuality that directly contradicts orthodox biblical teaching,” he continued.

“No person of faith or religious institution, whether school, church, synagogue, mosque, business, or non-profit, will escape the Orwellian reach of the Equality Act,” Perkins warned.